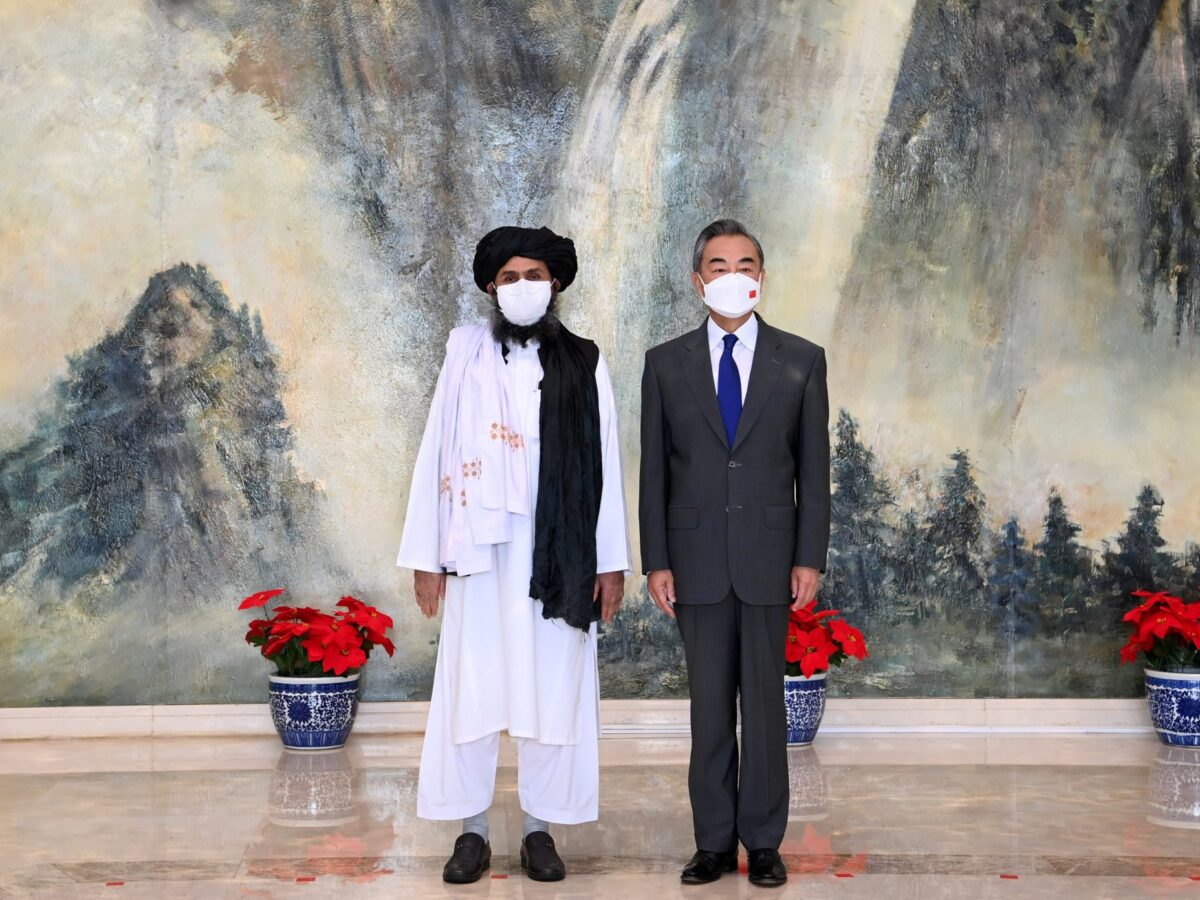 Since the withdrawal of the U.S. troops and its European allies after decades of war in April 2021, Afghanistan is entangled in the wickedest kind of security. Afghanistan’s commandeering by the Taliban after the U.S. military withdrawal has presented the regional States with many new emerging challenges. An abrupt withdrawal of the U.S. military from Afghanistan has created a huge power vacuum and neighboring States are extending helping hands to avert the possible fall of Afghanistan.
Countries such as Pakistan, Russia, India, Iran and Turkey have their own grounds to intervene but now the global are on China including re-evaluating its persistent ‘non-interference’ policy. China was against the invasion of the U.S. military and also opposed the abrupt withdrawal stating that it will leave Afghanistan in mayhem. China’s Foreign Ministry said “the recent abrupt U.S. announcement of complete withdrawal of forces from Afghanistan has led to a succession of explosive attacks throughout the country, worsening the security situation and threatening peace and stability as well as people’s life and safety.”
Many spectators are considering the exchange of dialogues between Chinese Foreign Minister Wang Yi and the Taliban leaders an attempt by China to exert more influence in the region. But, China does not look at Afghanistan from the lens of prospects, the Chinese influence and involvement, especially after the U.S. military withdrawal, is all about the management of threats. Another observation entails that Chinese political and economic interest in Afghanistan revolve around the wariness of Afghanistan becoming a safe haven for militant groups targeting China like the last time Taliban were in power.
Though Mullah Baradar and Wang Yi in Tianjin have been in contact for decades, the Taliban’s ideological agenda does not fit well with China. Andrew Small, Associate Senior Policy Fellow, states, “China certainly has substantial commercial and economic interests in the wider region, but they are minimal in Afghanistan itself. Its major investments there, the Aynak copper mine and the Amu Darya energy projects, have been in stasis for many years. There have been numerous discussions about Afghanistan’s involvement in the Belt and Road Initiative, including connections to the China-Pakistan Economic Corridor, but Beijing’s view has been that, in Afghanistan, stability has to precede serious new economic commitments.” Other than copper, Afghanistan has untouched mines of minerals such as cobalt, iron, mercury and lithium which are estimated to the value of about $1 trillion.
In order to maintain better political and economic relations with Afghanistan, China offered to rebuild the infrastructure “by funneling funds directly to the group through Pakistan.” As a result to continuous exchange of dialogues and China’s commitment of support in Afghanistan, the spokesman for the Taliban Political Office in Qatar established that they recognize China “as a friend of Afghanistan”, he also stated that Taliban and Afghanistan will no longer provide refuge or safe haven to Muslim Uyghurs. On one occasion the Chinese foreign minister said that Taliban are expected “to play an important role in the progress of peaceful reconciliation and reconstruction in Afghanistan.”
China’s policy towards Afghanistan is primarily based on the security implications resulting from the U.S. and Taliban peace agreement, which China believes in not going in the right direction. The disturbances, instability and radicalization will eventually seep through the borders into China. As per the researchers based in Afghanistan, “through military assistance, China helped Kabul build its military mountain brigade in the Wakhan Corridor near Afghanistan’s northern Badakhshan province with the primary goal of preventing infiltration by the Islamic State into China.” It is believed that Beijing will keep close bilateral ties with Afghanistan in order to tightly manage any spill over into China by engaging all its diplomatic energies because it fears that the success of Taliban might encourage militant groups to carry out terror activities. If the security situation becomes better in Afghanistan, China is likely to go forward with more investment plans and programs but it will be very cautious.