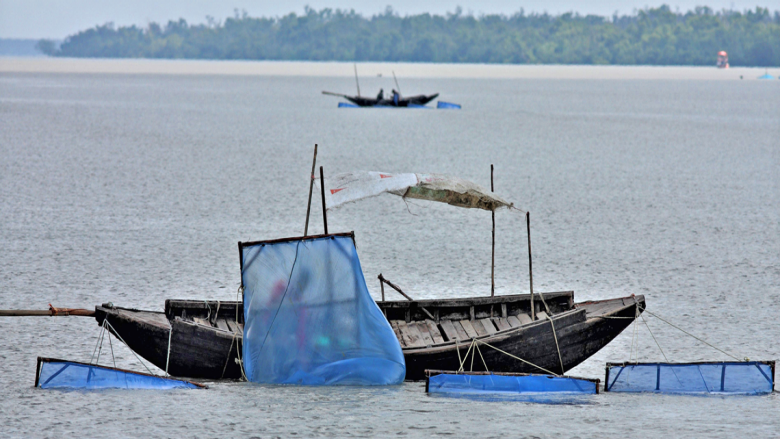 Talks about the supremacy of India in South Asia. India is the center of South Asia having the biggest Military budget and trying to suppress its neighbors through its power. From the start of the partition, India receives bigger resources than the rest of the South Asian states which means she requires more to run the country. According to the analysts Pakistan will face water shortage by 2025, but the water shortage came much earlier as expected in Pakistan, the reason is that the whole South Asian region will have 2,737 Billion Cubic meters of water & Pakistan will be the only county having a shortfall because of the lack of Dams and the involvement of India in the Indus water treaty that was signed in 1960. Pakistan is facing double the digits in climate change as rest of the world. Pakistan is among top 10 vulnerable countries facing water crisis. Emission of carbon has dire affects upon the glaciers that are melting that leads to glacier led outburst flooding. Climate change has many implications to the environment including cyclones, drought and irregularity in rain. Monsoon rain has now shifted to the northern part of Pakistan adding 25 districts and the intensity of rainfall is very disastrous. Pakistan has witnessed 19-20b $ damage to national economy due to this climate change phenomenon. Pakistan is under the severe influence of climate change as 39 million people got displaced due to flooding during 2010-2015. World Bank has also suggested that there’s a direct impact of climate change related disasters on GDP which is why taking effective measure to protect water sector is needed. There are some serious challenges to the water sector including growing population, inefficient water resources, water intrusion and institutional capacity and constrains in water management. . Water sector can be protected through integrate water resource management. We need to have a data bank for the comparison every year. This is the time we should make combine efforts to manage the crisis. If temperature continues to increase we will lose 36% of our glaciers because as glaciers melt, important water components are also lost. We need to revamp the existing system, enhance resource capacity and good policies. 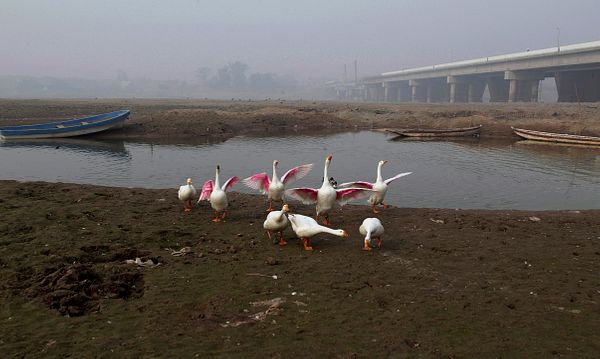 There is no trust in South Asia in water & the problem is in the international watercourse. India had water issues with Pakistan, Nepal, Bhutan & even with Bangladesh. We had an example of the Koshi River of Nepal that originates from china touches India, and Nepal & falls into the Bay of Bengal. India is suppressing Nepal on its border signing different treaties & promoting its interest. Nepal is a poor country having rich water resources with no techniques to save it & generate more energy from it. Furthermore describes the agreements on the water between both states. Koshi and Gandak were made to facilitate Nepal but only 11,300 hectors of land get benefit from it on the other hand 6,12,000 hectors of the land of India is getting the benefit that is not it 356610 hectors of agricultural land get benefit from Koshi and Gandak & this project was mainly for the people of Nepal. Gandak was a treaty of constructing 2 canals at Bhaisaloton and mainly favored Indian land.

Nepal has access to water and resources but importing electricity from India on higher rates. The same is the case with Bangladesh, India and Bangladesh share many rivers, and the clash is still the same from 1951 when the Farakka Barrage agreement was signed all water grabbed by Indians this issue was resolved in 1996 & still Bangladesh receives a low flow of water of his water. There are a lot of examples of Indian brutality & pressuring neighboring states for water and other purposes. India is also trying to stop Pakistan’s water and violating the Indus water treaty that was signed in 1960, according to the treaty Eastern Rivers Sutlej, Baes & Ravi belong to India & the rest of the three rivers Indus, Jhelum & Chenab belong to Pakistan. India has value in the international market and that is the only reason India is violating Laws without any hesitation. Bhutan is also very much dependent on India and most of the decision-making of Bhutan came from India they have a huge influence on Bhutan. In many states, two countries are sharing the same river but in the case of South Asia situation is very much different because of India. India is also known as the center of SAARC having a big share. Most of the rivers originate from Tibet which is a part of china Again, the Kabul River, a tributary of the Indus River originates from Afghanistan. Therefore, a comprehensive agreement among Afghanistan, Bangladesh, Bhutan, China, India, Nepal, and Pakistan needs to be worked out. Such an agreement will ensure compliance with international law, and, at the same time, make cooperation among the parties smooth, reasonable, and equitable. All South Asian States have to be on one table for peace and a better economy as the 21st century will be the Asian century.