US President Joe Biden is anticipated to announce that Israel has agreed to new security arrangements that will allow Egypt to hand over management of two islands in the Tiran Straits to Saudi Arabia. A multinational force is now stationed on the islands of Tiran and Sanafir, which Saudi Arabia does not want once the islands are under their authority. Israel will agree to post its military on what will remain Egyptian soil, several kilometers distant, in a soon-to-be-announced accord. As Middle Eastern countries reposition themselves to face a new potential threats, a major new alliance, long thought unlikely, appears to be forming with this security agreement between Israel and Saudi Arabia. 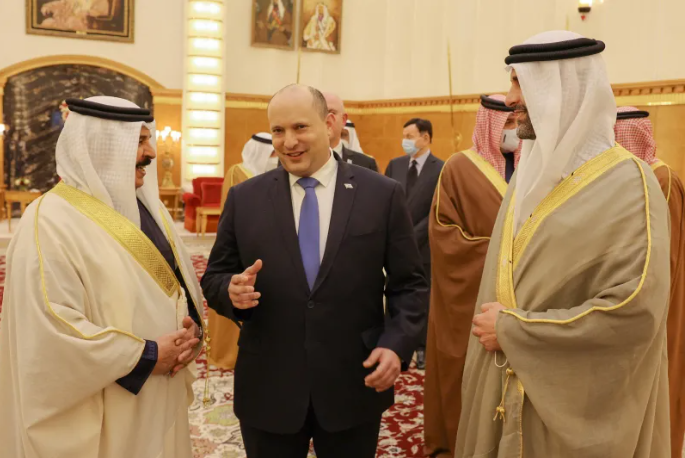 Egypt announced the handover of two strategic islands Tiran and Sanafir in the Red Sea to Saudi Arabia in April 2016. While the Egyptian Parliament and Supreme Court have approved the transfer of the islands to Riyadh, Israeli consent is also necessary under the 1979 Israeli-Egyptian peace deal. No advancements on the islands are permitted without Israel’s agreement, according to Israel’s peace pact with Egypt. Fearing that Israel would capture the islands, Riyadh handed them to Egypt in 1950. Israel conquered the islands for a few months in 1956. After the Six-Day War in 1967, when Egypt disrupted Israeli traffic routes, Israel seized the islands. After a few years, a peace accord was signed in 1982, and the islands, as well as half of the Sinai Peninsula, were handed back. The Biden administration believes that concluding an agreement will increase confidence between the two countries and pave the way for cordial relations between Israel and Saudi Arabia. It would be the most major US Middle East foreign policy victory since the Abraham Accords which were arranged by the Trump administration and resulted in normalization agreements between Israel, the UAE, Bahrain and Morocco. Official diplomatic relations between Israel and Saudi Arabia do not exist, but informal ties have grown in recent years as Saudi Crown Prince Mohammad bin Salman has reportedly considered Israel as a crucial partner in the fight against Iranian dominance in the area. As per reports, after getting a special visa, Saudi Arabia is allowing Israeli businesspeople to enter the country with their Israeli passports.

According to a Globes report, a number of Israeli IT entrepreneurs and executives recently travelled to Saudi Arabia for advanced talks about Saudi investments in Israeli companies and investment funds. With this agreement, Israel is concerned about the safety of shipping lines that run through the islands. Saudi Arabia has pledged to respect the routes and to retain the islands demilitarized by ensuring full freedom of navigation for all ships, but it wanted the international observers to leave the islands. Also, Saudi Arabia will allow Israeli planes to operate across its airspace in exchange. Only Israeli flights to the United Arab Emirates and Bahrain, as well as Air India flights to and from Israel, can currently fly over Saudi Arabia. Both the countries are stressing over the agreement because of the economic benefits and security interests at stake. If the agreement is reached, it will also be a major foreign policy success for the Biden administration in the Middle East. The official announcement is said to be made by US President Joe Biden who is expected to visit Israel and Saudi Arabia this month.