The Quad Lateral Ties Between India, Israel, US and UAE: “i2u2”

The Quad Lateral Ties Between India, Israel, US and UAE: “i2u2” 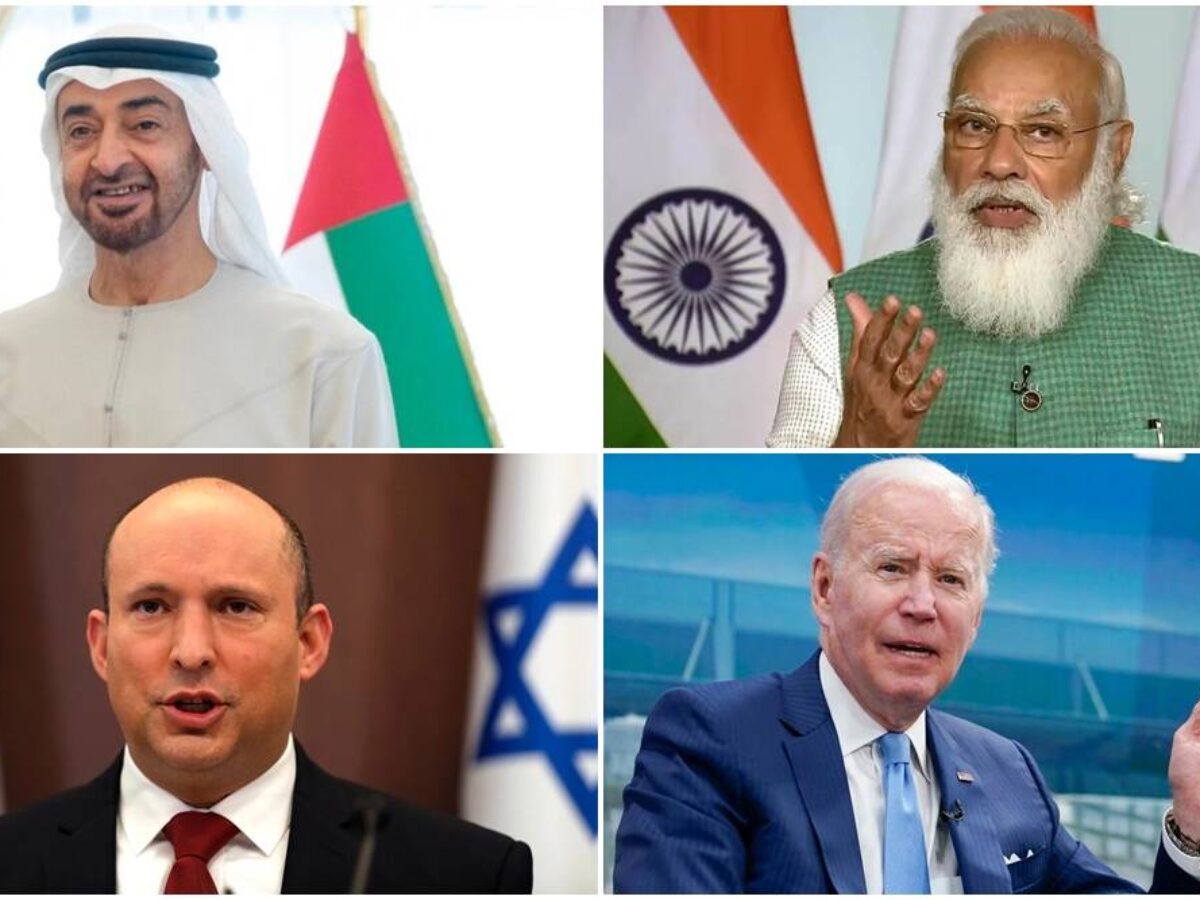 India, Israel, the US, and the UAE come together to strengthen their political and business connections while the whole world faces instability. The West Asia Quad is an aspect of the “diversification” strategy as nations search for renewed alliances in a world in transition. This partnership provides facilities for renewable energy and another of food corridor may be announced during the first summit of the chiefs of state and government of India, Israel, the United States, and the United Arab Emirates (UAE), known as the West Asian “Quad”, which is also known as ” I2U2″.

This strategic sustainability seems to take place because of rising political and economic concerns, high inflation, increasing food and fuel prices, and a pandemic that turned upside down long-standing business practices. The I2U2 is expected to promote cooperative investments in six collectively agreed categories, comprising water, energy, transportation, space, health, and food security. In order to help modernise the infrastructure, develop clean energy for industries, strengthen public health, and promote the development of essential emerging and green technologies, it plans to mobilise private sector investments. The Abraham Accords, which brought Israel and a group of Arab Gulf states led by the UAE into official partnership and recognition in 2020, certainly set the stage for the I2U2. The grouping’s goal is obviously to foster more effective collaboration in areas where both regions can support one another’s economic security. Israel now has the chance to market its technology-driven products, something the nation is known for, using the financial might of hubs like Gulf states. However, by designating food security as a top summit goal, I2U2 has expressed a desire to address the conflict’s negative global effects Since the Russia Ukraine conflict, which caused an increase in food prices worldwide, food security has become highly significant. 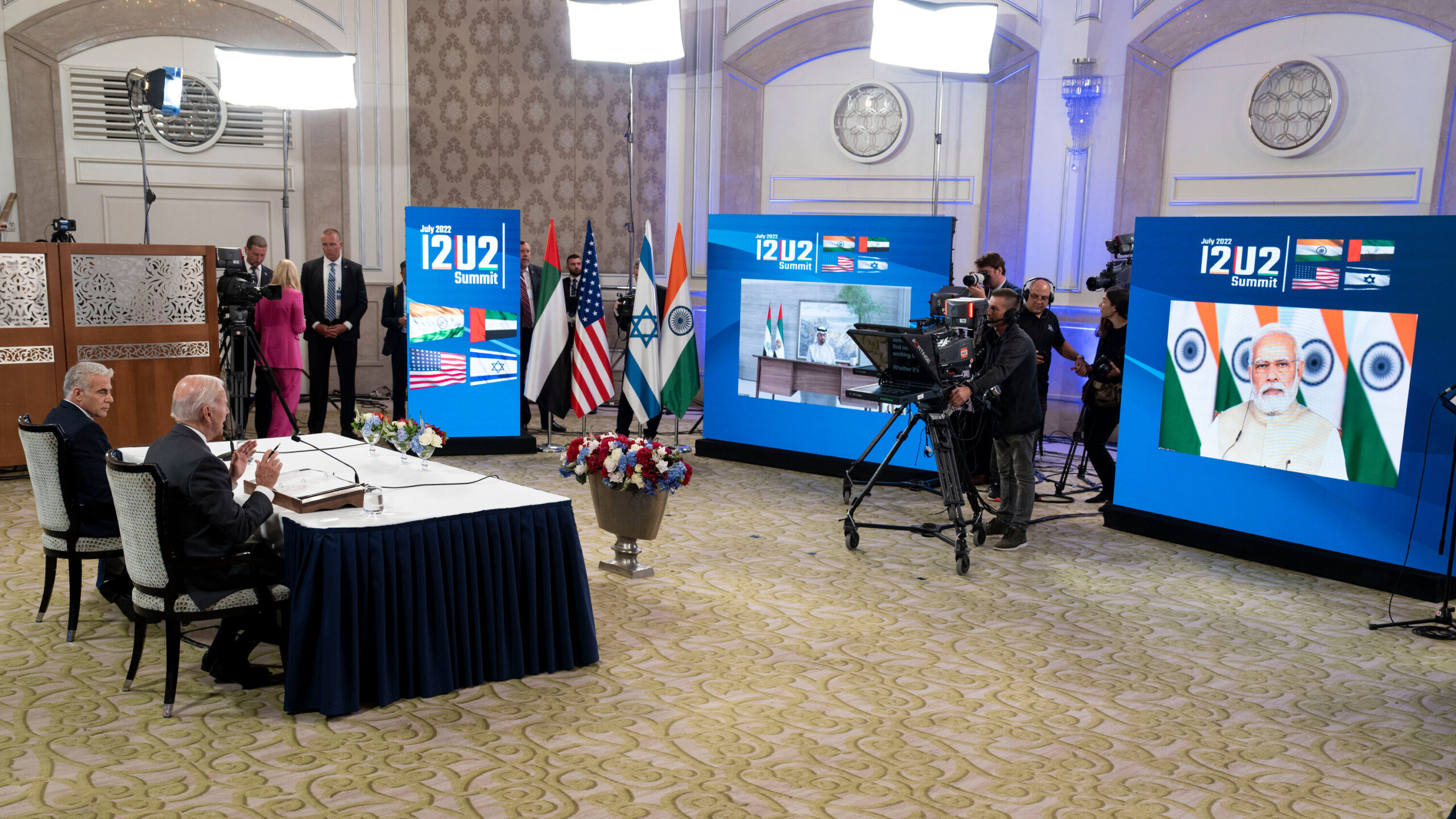 Gulf states too were the first to benefit from it, owing to Israeli defence advances. Although the corridor was first proposed three years ago with the intention of providing food security for the UAE, its importance has increased in light of contemporary global food crisis, which is in part being caused by grains that are being held at ports as a result of the Russia-Ukraine conflict. With a boost from the 2020 Abraham Accords, which led to normalisation agreements between Israel and numerous Arab neighbours, including the UAE, I2U2’s rise can be linked to the fast expanding cooperation among its member countries. I2U2 is being advanced by Washington for several reasons, including broadening the geographic scope of its most important partnerships, reviving alliances and partnerships that suffered under the administration of Donald Trump, and trying to redefine its relationship with the Middle East in a time when it wants a smaller existence there.Biden must strike a balance between maintaining to be a significant player in the region while also avoiding becoming involved in a conflict. 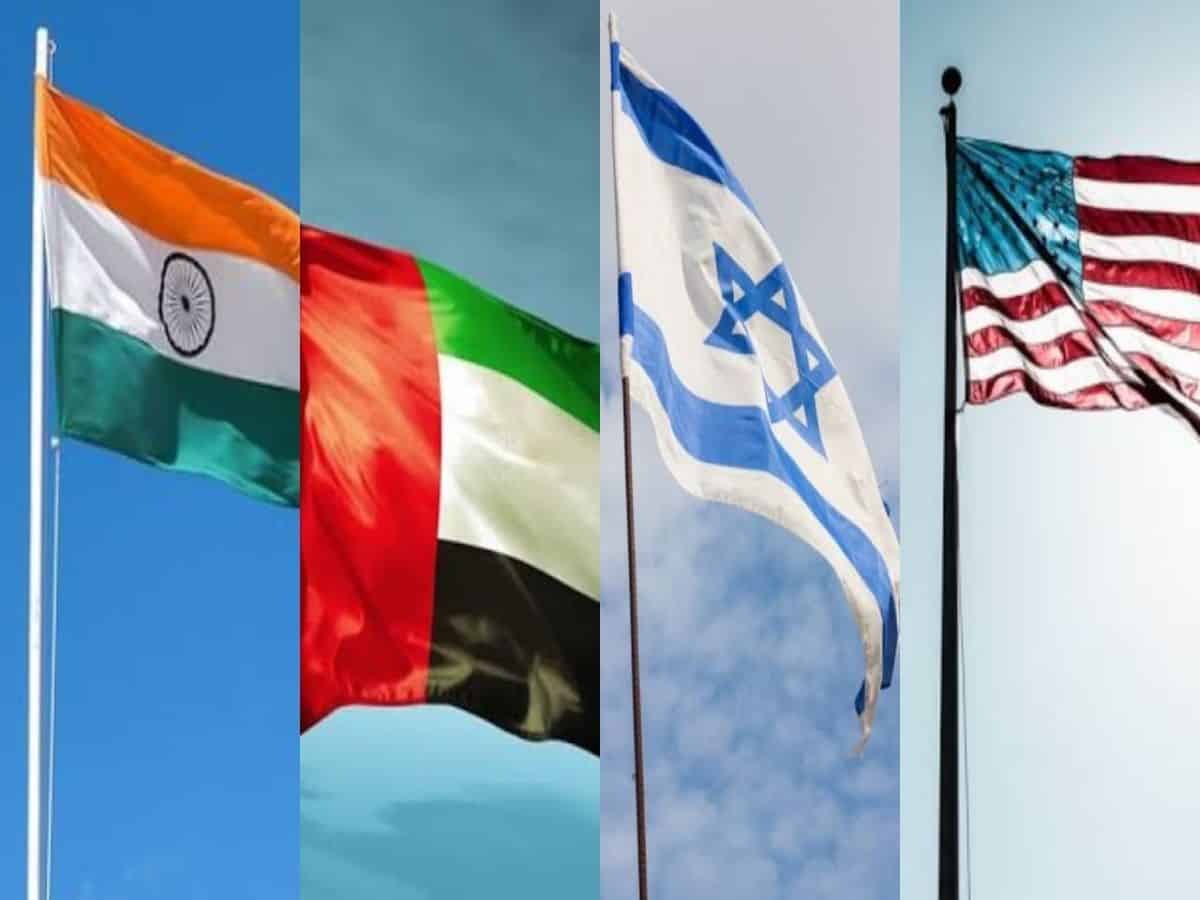 The recent, chaotic American pullout from Afghanistan has only increased Gulf concerns about what future American support without mutually agreed-upon guarantees might entail. Furthermore, they are ready to let countries like Russia and China space in the Middle East in order to broaden their strategic moves and protect their interests. India uses its positive relationships with Israel, the Gulf, and the US to the foundation for economic growth and business relationships. Geopolitics and geoeconomics cannot be separated, and the geopolitics of the Middle East remains unstable despite the Abraham Accords. This partnership is going to effect the Iran crisis and will have an equal effect on the Palestine issue. Not only this, but countries like Pakistan and Afghanistan would also have an equal impact. The I2U2 grouping offers a platform for all the member states to identify new areas of collaboration, which could be a game-changer in the region. I2U2 can also be taken as the I2U2 countries strategy to contain the economic giant China since it is already investing a lot in the projects like BRI. I2U2 lacks a compelling, cohesive cause. The Indo-Pacific Quad, in contrast, is motivated by a shared ambition to challenge Beijing. Given China’s expanding trade ties with both Israel and the UAE