As Turkey and NATO Drift Apart, Russia, China, and Iran Stand to Gain 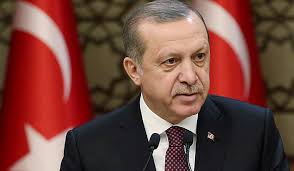 By MARC C. JOHNSON
In Ankara, Recep Erdogan could position himself as a leader willing to stand up to Western powers.n paper at least, NATO is looking pretty healthy. From Tallinn on the Baltic to Dubrovnik on the Adriatic, Churchill’s Iron Curtain has more or less ascended from Eastern Europe, in no small part owing to the NATO expansion process begun after the dissolution of the Soviet Union. But if policymakers have confidence about the political stability and martial resolve of the former Warsaw Pact states, they are also disquieted by developments on NATO’s southern flank. Turkey, long a bulwark against Soviet (later Russian) adventurism, has started to look wobbly. Most of the concern within NATO’s leadership and in the halls of its member states’ parliaments can be traced back to one man: Recep Tayyip Erdogan, the prime minister of Turkey from 2003 to 2014 and since then its president.

Turkey’s foreign policy has shifted since Erdogan’s arrival. Once a stalwart secular Western partner, Turkey is now an increasingly antagonistic and theocracy-curious fair-weather friend. The government of the secular republic founded by Ataturk is now focused more on consolidating political power with appeals to Islamic constituencies than on playing the role of NATO’s southernmost partner.

And it’s getting worse, not better.

Erdogan has a long list of grievances, some more understandable than others, with NATO’s largest member states. Not without some justification, he feels that Ankara has been unfairly strung along by Brussels in Turkey’s bid to join the European Union. Turkey’s recent open flirtation with a re-imposition of the death penalty — a red line for the EU’s acquis communautaire — suggests that Erdogan has more or less given up on membership. Erdogan’s open hostility to Germany in particular has been notable. When the German parliament recognized the Armenian genocide of 1915–17, he refused to guarantee the security of German troops posted at Incirlik Air Base, prompting Angela Merkel to threaten to withdraw them. Erdogan’s retort: “Auf wiedersehen.” The German troops began leaving Incirlik in early July. The Turkish president appears to be interested in building good relations with the Trump administration, but here, too, significant bilateral issues remain unresolved. Erdogan is principally focused on the extradition of Fethullah Gulen, the cleric whose followers were blamed for the failed coup against him last year. So far the new White House has stuck to the previous administration’s position — namely, that it is a matter for courts to decide. (The recent mini-riot caused by Erdogan’s bodyguards in Washington, D.C., didn’t help relations.) Another person Erdogan wants back in Turkey, but for entirely different reasons, is Reza Zarrab, an Iranian-born Turkish businessman. Zarrab was charged last year with money laundering and skirting U.S. sanctions on Iran. The Economist speculated that the Zarrab case, if pursued in open court, could expose high-level Turkish government corruption. The American prosecutor in the case argued that if Zarrab was granted bail (even the $50 million his legal team proposed), he would be spirited back to Turkey and never face justice in the United States. That prosecutor, Preet Bharara, was dismissed from his position by President Trump in March of this year, but Zarrab remains in custody.

Erdogan’s frustration with the United States doesn’t end there. Ankara, along with Damascus, Moscow, and Tehran, considers many of the Kurdish fighters supported by the United States against the Assad government to be terrorists. Turkey was relatively restrained in its military activity within Syria during most of the Obama administration. Since early 2016, however, the Turkish army has been more assertive, using its participation in joint military operations against ISIS as cover for also hitting Rojava Kurds. If the Kurds were to supplant the Islamic State in Northern Syria, Erdogan fears, they would support PKK (Kurdistan Workers’ Party) forces within Turkey. Erdogan’s participation in the anti-ISIS alliance has brought him closer to two countries, Russia and Iran, with which Turkey had previously maintained frosty relations. The Obama administration’s Iran deal resulted in the lifting of many sanctions that Turkey was eager to see go away, and Turkey is already benefiting from additional commerce between itself and Iran. And Erdogan eagerly stepped into the middle of the recent Qatar diplomatic crisis, appearing to take Iran’s side in the dispute and even fast-tracking the deployment of additional Turkish troops to Doha. Turkey’s downing of a Russian fighter jet in November 2015 marked a low point in the bilateral relationship, but tensions have eased since then; Erdogan met with Putin for an hour at the recent G20 event in Hamburg. Turkey is near agreement with Moscow to purchase a version of Russia’s most advanced air defense system, the S-400, in a deal rumored to be worth $2.5 billion. Russia is so keen on moving the deal forward that it reportedly plans to loan Turkey the money to purchase the system. The Russian propaganda outlet Sputnik was quick to trumpet the deal as a “tectonic shift,” a “game-changer in the arms market.” It goes without saying that Russian air-defense systems are not NATO-compatible, but this isn’t even the first time Turkey has looked outside NATO for such options. It approached a Chinese weapons manufacturer a few years ago but bowed to pressure from Washington to abandon the deal when it emerged that the Chinese company had also supplied missiles to Iran. And Turkey’s spending on defense has been declining since 2009, from the NATO-mandated 2 percent then to 1.7 percent in 2016. Taken together, these developments raise the question of whether Turkey intends to remain in NATO, and — if push came to shove — whether Ankara would honor its mutual-defense pledge under Article 5 of the NATO agreement, especially if that would mean responding to a military threat from Russia or Iran. It is difficult to make the case that leaving NATO would be a good move for Turkey. But if Erdogan needed a short-term political boost, threatening to leave could position him well domestically as a leader willing to stand up to “Western powers.” His post-coup crackdown on the press (along with public servants) leaves him with fewer journalists likely to call departure from NATO a diplomatic or strategic blunder. Moreover, there is a precedent for such a seemingly rash action. In 1966, during a period of worldwide societal upheaval, Charles de Gaulle pulled France out of NATO’s military structure. While Paris never fully withdrew its support for the treaty, the country did not rejoin the alliance militarily until 1996. Who would be the biggest loser if Turkey felt the need to withdraw — in whatever form — from NATO? It’s hard to say. Clearly, though, it would be viewed as a massive strategic windfall for Moscow, Beijing, Tehran, and other capitals with an interest in counteracting the influence of the United States and NATO. And it’s a scenario that seems more plausible now than at any point in the alliance’s history.