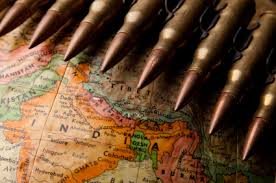 CHINA’S MILITARY & THE U.S.-JAPAN ALLIANCE IN 2030: A Strategic Net Assessment

The emergence of the People’s Republic of China as an increasingly significant military power in the Western Pacific presents major implications for Japan, the U.S.-Japan alliance, and regional security.

Chinas Military and US Japan Alliance

The Role of Integrated Assessment Models in Climate Policy: A User’s Guide and Assessment