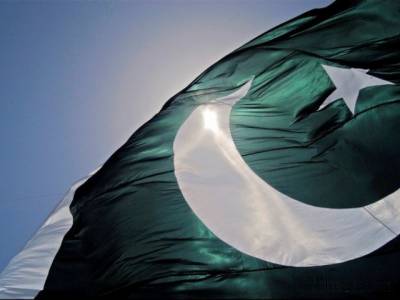 Pakistan being an important country is in the midst of the crisis because of its geographical position. This geographical location has been imposing threats and challenges to the country and its people. Regional storms have surrounded the country due to its neighbors and global politics that is run by regional interests. Now the traditional and non-traditional threats have become a challenge for the complex security environment of the country. The international affairs have become unpredictable as there is no diffusion of power or problem solving mechanism creating a strategic influx. Pakistan has always been a central point for counter terrorism. It has been facing security threats from west, east and internal. Initially efforts were made to regularize relations with India. But the strategic relations have been affected by the improved atmospheric, business and political environment. The unresolved issue of Kashmir has become the main reason. Moreover, the strategic and conventional buildup of India has also posed a serious threat to the security of Pakistan. Trade liberalization has been taking place to normalize the relations. But the challenge is still there that whether the economic path could be sustained for the longer period without referring the political disputes. This can be referred in terms of strategic developments. India has been focusing more on the operationalization of proactive military doctrines to engage in limited conventional war which is below the nuclear threshold. This has further added a destabilizing aspect to affect the strategic scenario.

Pakistan has responded to this situation be redefining its military strategy and changing its comprehensive response to achieve its full spectrum deterrence in nuclear and conventional domains. Despite these dangers Pakistan is not a hopeless case. Pakistan has been making some serious efforts to end the war in Afghanistan through a political solution. Therefore, only in recent weeks, the diplomatic efforts have paved way to find the possibilities for a peace process involving a dialogue with Taliban. Pakistani Taliban have found their sanctuaries in Nuristan and Kunar and they are conducting cross border attacks which has further aggravated the security threat to Pakistan. Two major military operations in Swat and South Waziristan and ongoing actions elsewhere have driven militants out of some of their bases and halted their advance into the settled areas. But the sleeper cells of these miscellaneous militants in North Waziristan have to be tackled. Violent Extremism has posed a serious threat to the country’s law enforcement agencies and army has become a daunting challenge dominating the country’s threat perception. Moreover, the external dynamics have also posed a challenge making it necessary that an economically stable and tolerant nation can meet the external challenges.

Pakistan is making reassuringly steady progress out of the grip of militancy. There has been a gradual decrease in the number of fatalities as compared with terrorism-related fatalities in 2013. Moreover, suicide attacks have shown a great decline, as 2019 marks the first year in which no drone attack took place. After nearly two decades of violence in which thousands of innocents lost their lives in the wake of terrorism Pakistan has now turned a corner. This has been made possible only because of the kinetic operations taken by the security forces in the affected areas.  The geopolitical factors along with the ideological objectives can spill over in our country. The never ending struggle in Afghanistan and the sleeper cells of militant Islamic State group in contiguous with Pakistan is the cause of concern. We have to fight a ruthless enemy and the latest interesting figures depicts that the country is moving in the right direction.

Challenges to the Internal, Pakistan, Stability of Pakistan, Terrorism