China and Russia combine naval forces in the Baltic Sea 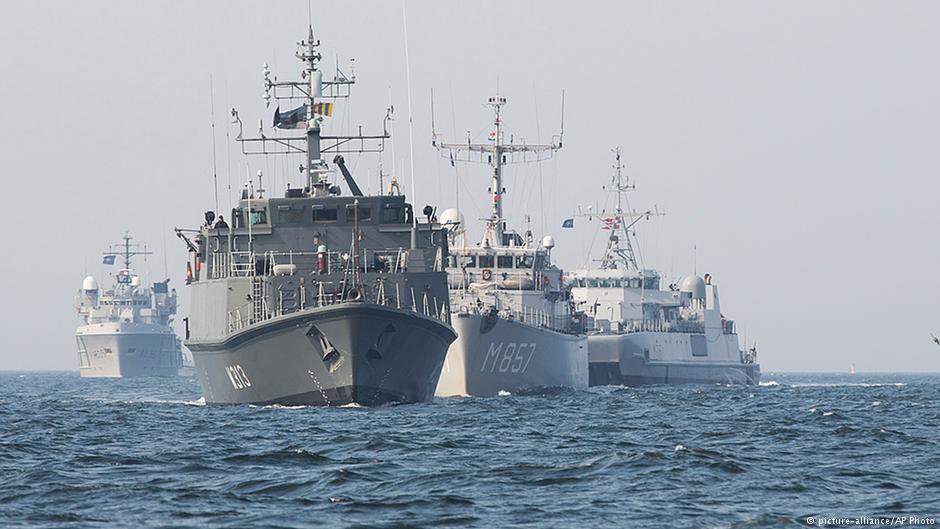 China and Russia are signaling to NATO that they are willing to cooperate militarily and deepen diplomatic ties with joint naval maneuvers currently taking place in the Baltic Sea. Experts say China wants a global navy.

According to NATO, a Chinese destroyer, frigate and supply ship sailed into the Russian harbor at Baltijsk located on the Baltic coast of the Russian exclave Kaliningrad on Friday. They are there to participate in joint naval maneuvers with Russia being dubbed “Maritime Cooperation 2017,” which is set to last from July 24 to July 27.

This joint naval maneuver with Russia in the Baltic Sea is the latest display of China’s geopolitical ambition as Beijing wants to increase its influence in international and strategic affairs.

China’s emphasis on naval expansion is a sign of Beijing’s awareness that becoming a world power first entails being a maritime power. For Russia, the maneuvers are a continuation of aggressive foreign policy and a display of strength on Europe’s doorstep and the Baltic coast, where fears of Russian expansion are highest.

In 2015, China published a white paper outlining the importance of the navy for the future of the country. “It is necessary for China to develop a modern maritime military force structure commensurate with its national security and development interests […] so as to provide strategic support for building itself into a maritime power,” reads part of the document.

According to a study written for the US Congress by Ronald O’Rourke, a US specialist in naval affairs, China has a series of strategic goals for its navy. At the top of the list is the possibility for military intervention in Taiwan followed by defending territorial claims in the South China Sea regulating its 200-mile maritime exclusive economic zone. Other ambitions cited by O’Rourke include displacing US influence in the Western Pacific and asserting China’s status as a major world power.

Some of these goals are only possible for China if they develop a blue-water navy that is capable of worldwide operation. The United States is currently the only navy with such capability. China and Russia are still limited to operating in the waters near their coastlines. This is also why China is investing more resources in its navy than any other military branch.

“Although China’s naval modernization effort has substantially improved China’s naval capabilities in recent years, observers believe China’s navy currently has limitations or weaknesses in certain areas, including joint operations with other parts of the military, antisubmarine warfare, a dependence on foreign suppliers for some ship components and long-range targeting,” writes O’Rourke.

China is investing heavily in naval development, but is still behind the USA. China did build its first aircraft carrier, the Liaoning, in 2012 – but it is based on a Soviet model from the 1980s. The US is developing a new generation of aircraft carriers, including the $13-billion USS Gerald Ford.

Freedom of the seas

China also regularly protests against US naval maneuvers conducted under the international doctrine known as  “preservation of freedom of the seas,” where US ships sail through waters that are permissible by international law. The Chinese, however, dispute its validity.

In 2016, the former French defense minister declared that EU patrols could take place in the South China Sea within the boundaries of international maritime law.

China’s participation in naval maneuvers in the Baltic Sea could be seen as a tit-for-tat.

Michael Paul, a senior fellow for international security at the German Institute for International and Security Affairs says the maneuvers illustrate China’s ability to develop a fleet with the capacity to globally project power.

“Peaceful development is increasingly becoming more militarized and this is causing international concern as China’s interests expand,” Paul told DW. ” Europe is beginning to feel this too.”

It is somewhat ironic that China is now applying the same international law it rejects in the South China Sea to sail its naval vessels in the Baltic Sea.

China’s growing navy is also part of a larger realignment of foreign policy goals from Beijing.

In a report published by the Center for a New American Security, a US think tank, former Japanese Vice-Admiral Yoji Koda said that the People’s Liberation Army Navy (PLAN) was increasing operations outside of its traditional areas of responsibility like the Yellow Sea, the South China Sea and the East China Sea.

Koda said the operations could “provide us with some hints about PLAN’s new deployment strategy and operational concepts, as well as its revised naval doctrine.”

China has participated in anti-piracy missions in the Gulf of Aden since 2008. In 2015, it took part in joint maneuvers with Russia in the Mediterranean Sea and the Black Sea. Chinese naval vessels are also being increasingly spotted in the Indian Ocean, the central Pacific and off the coast of South America. China has built a base in the small east-African country of Djibouti and there are reports in Indian media that China is planning to station naval assets in the Pakistani port of Gwadar.