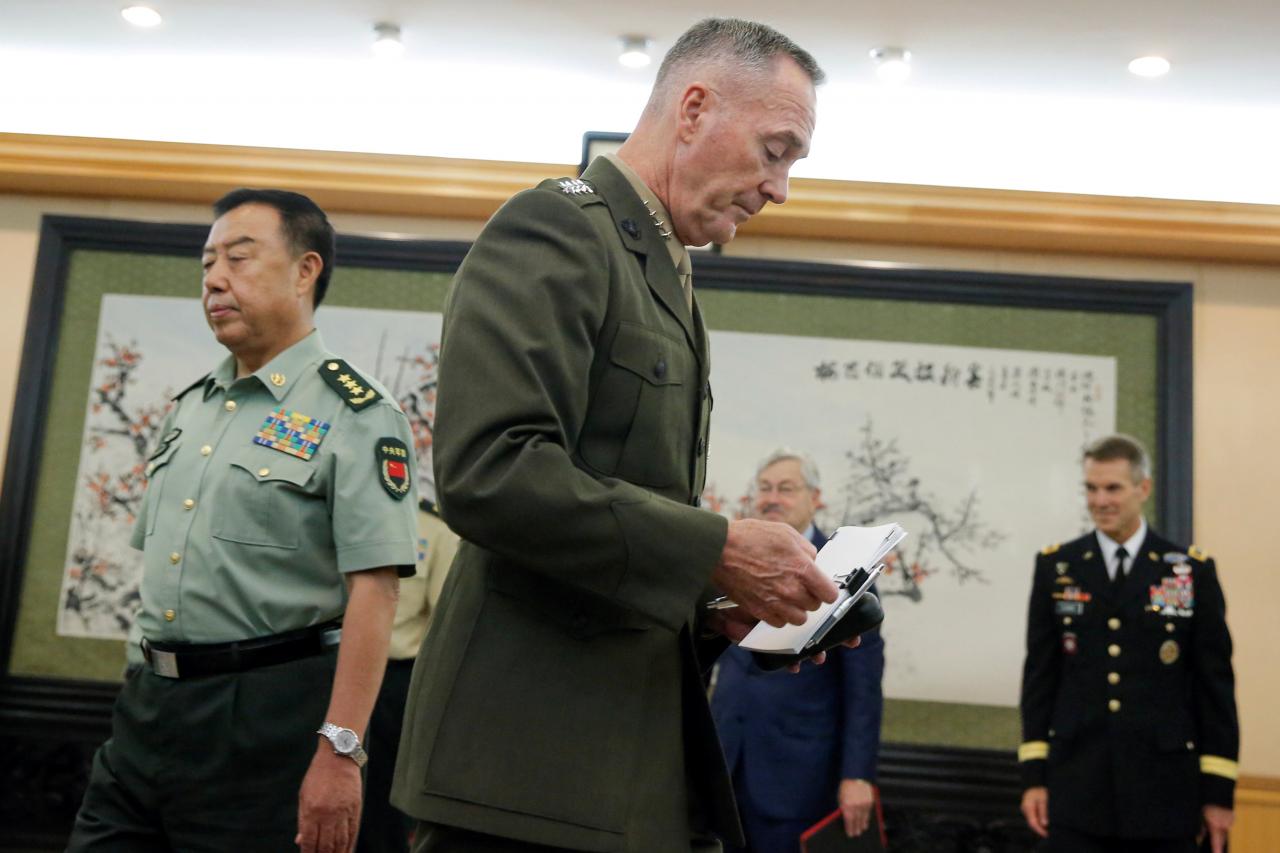 The “wrong” actions of the United States on Taiwan, its South China Sea patrols and deployment of an advanced anti-missile system in South Korea have had a large, negative influence on military trust, a senior Chinese officer said on Thursday.

“But wrong actions on the Taiwan issue, the United States deploying the THAAD system around China, U.S. ships and aircraft’s activities in the South China Sea, the United States close-in surveillance in the sea and air near China have had a large, negative influence on bilateral military ties and mutual trust,” Fan added.

THAAD is the Terminal High Altitude Area Defence anti-missile system the United States has deployed in South Korea to defend against North Korea.

China says the system affects its own security because of its powerful radar, and will do nothing to ease tension with North Korea.

Fan said China was willing to work with the United States to find more potential for cooperation, handle disputes and sensitive issues appropriately and ensure military cooperation becomes a positive force in relations.

China and the United States, the world’s two largest economies, say they are committed to having a stable military-to-military relationship, but there are deep faultlines.

China has been angered by U.S. freedom of navigation patrols near Chinese-controlled islands in the disputed South China Sea and continued U.S. arms sales and support for self-ruled Taiwan, which China claims as a wayward province.

The United States has expressed concern about what it calls unsafe intercepts of U.S. aircraft by the Chinese air force and a lack of transparency in military spending by China, which is in the midst of an ambitious military modernization program.

Speaking later to reporters, Dunford said the main deliverable for his trip was the signing of a framework agreement for a joint staff dialogue mechanism.

Dunford said China and the United States already have capability to do secure video teleconferences between Dunford and Fang Fenghui, chief of the Joint Staff Department of the People’s Liberation Army.

The U.S. embassy also has immediate access to China’s General Staff, he added.

“We have ways of communicating. What we’re looking for is a more responsive 24 hours a day, seven days a week communications link that can actually be used in a crisis. And that’s really one of the issues that we will work on.”