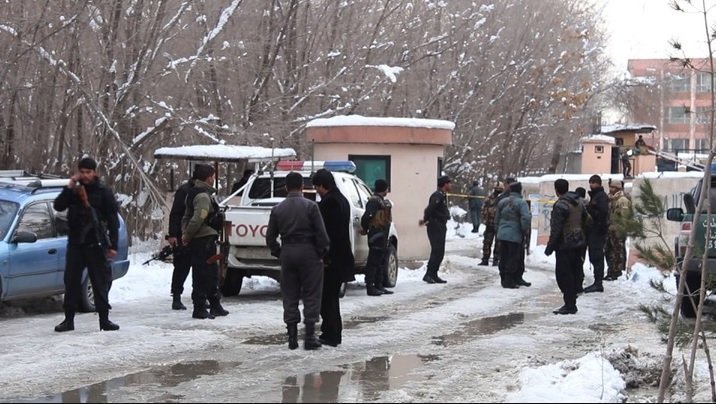 At least 20 people have been killed and 41 injured in a suicide bomb attack on the Supreme Court in the Afghan capital, according to officials. The attacker, who was wearing a suicide vest, targeted a bus carrying judicial personnel as they were leaving work for the day, Najibullah Danish, the deputy spokesman for the interior ministry, said.

The Supreme Court is on a main road leading from the city to Kabul airport. The explosion occurred shortly before 4pm local time, when roads were busy with traffic and vendors. A spokesman for the ministry of public health, Ismail Kawasi, said most of the injured and killed were civilians, including three women and a child. The Afghan president, Ashraf Ghani, condemned the attack, which he blamed on the “enemies of our people”. The US embassy in Kabul called it “an attack on the very foundation of Afghan democracy and rule of law”.

No group immediately claimed responsibility, but the Taliban have in the past targeted government judicial workers since the execution of six convicted insurgents last May. Shortly after the executions, a suicide bomber targeted a minibus carrying court employees in Kabul during the morning rush hour, killing 11 people in an attack claimed by the Taliban, which called it an act of revenge. In June, three Taliban fighters stormed a court building in the eastern Logar province, killing seven people, including the newly appointed chief prosecutor.

Last month the group claimed responsibility for the twin bombing of government workers outside parliament, killing 30 people and injuring more than 70. A recent UN report found 2016 to be the bloodiest year for Afghan civilians since the war began in 2001. Last year there were 11,418 civilian casualties, including 3,498 deaths. The rise in casualties is a result of the Taliban slowly gaining ground across the country, with fighting creeping closer to residential areas after the large-scale withdrawal of foreign combat troops.

An estimated 28.7% of Afghans live in territory fought over between government forces and the Taliban, according to Sigar, a US congressional watchdog. In the winter, when fighting in the battlefields slows, the Taliban have been known to increase their attacks on larger cities. In the past 12 months, Kabul in particular has become more dangerous, with 77% of civilian casualties from suicide and complex attacks in 2016 occurring there, the UN report said.