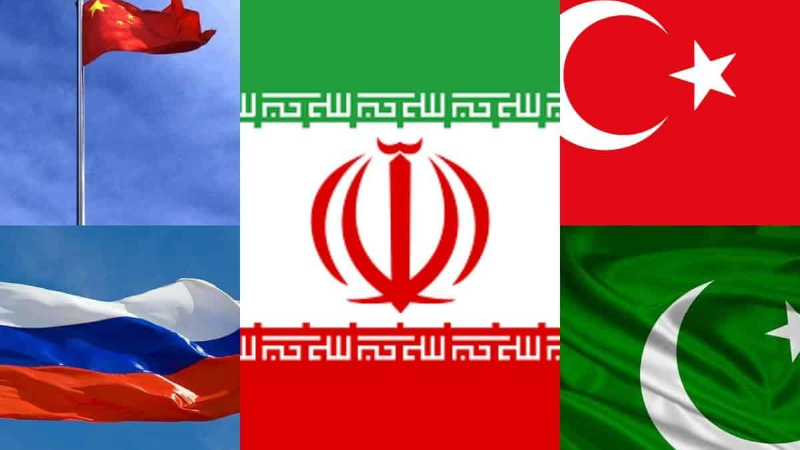 The United States emerged as a global super power after the disintegration of Soviet Union and the position of US remained undisputed even in the aftermath of cataclysmic events of September 11 attacks. Since then the US decision makers have been on the agenda to spread their influence globally. Their agenda ranges from security centric policies, Westernization or liberalization (spread of their values), promoting democracy and extensive regionalism. Such policies have been adopted by the US to maintain her global hegemony. However, due to the new complexities in the international politics, such as rise of non-state actors, new security actors, globalization or state losing its role as the only primary actor, the world politics is undergoing a continuous transition. West is no more the exclusive epicenter of the world order, rather a shift is taking place towards East. The world in the near future or several decades later might be moving towards a multipolar international order. In the wake of growing American hegemony, China successfully instigated a counterstrategy, called Belt and Road Initiative (BRI). The new center of rivalry, as seen by defense experts can be the region of Indian Ocean. The manifestation of the increasing competition is already visible in the region. With such security developments, the great powers have also engaged in the strategic power play for securing their interests in the Eurasian Region. On the other hand, China and Russia, growing economically and militarily are introducing new security paradigms for safeguarding their common interests. In the post 9/11 period, the geopolitics is emerging to be more and more complex, because US, China, Russia and European countries are getting involved in the global politics.

A Russian scholar, Andrew Koryobkov introduced the concept of “Golden Ring of Security,” in his article “From Bandwagoning against Eurasia to Circling the Wagons in the Center of it”. The world politics, with new security paradigms is likely to experience a diminishing influence of the Global War on Terror. The leadership in the US is focused more on establishing strategic partnerships against the strategic competitors and the old adversaries. The competition between the prominent rivals the US, China and Russia can result into a New Cold War, and the mindset of the leaders is more inclined towards a zero sum game. The hegemonic status of the US is being challenged with the formation of the new inter-connected power blocs, specifically against US in the Eurasian region. The states weaker than the superpower, emerging powers or the great powers are to enter into alliances, and participate in bandwagoning. The rationale behind the bandwagoning is to derange the stronger aggressor from changing the existing balance of power. In this realm, both China and Russia have engaged into forming new alliances in the region to turn the balance of power in their favor. Thus, there is a natural gravitation of countries like Pakistan, Iran and Turkey to enter into Eastern bloc against the United States. 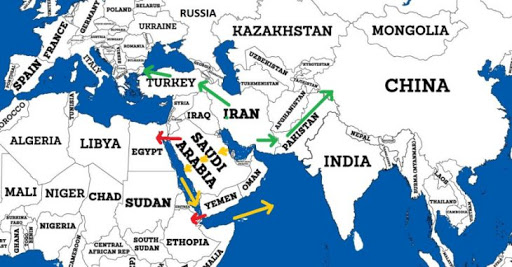 The Golden Ring of Security, is therefore a security arrangement comprised of significant states, which will eventually form a power alliance. The bilateral security partnership between China and Moscow is strengthening, who will be influencing the future of the new security order and the transition of the world politics against the waning power of the United States. In 216, the bilateral partnership transformed to trilateral partnership between China, Pakistan and Russia. In the years later, the trilateral partnership included several other states- Turkey and Iran. The alliances between these countries are expected to be extended to include the trouble spots of the world such as Afghanistan and Central Asia. But that is only dependent on the Afghan peace process and its outcomes. Organizations such as Economic Cooperation Organization (ECO) and the Shanghai Cooperation Organization (SCO) are becoming crucial as they are playing a pivotal role in promoting multilateralism and increased engagement in terms of economic and security in the region.

The emerging powers, China and Russia both have a common rival that is the United States and its global dominance. Therefore, for countering the hegemony of the US, a new “Golden Ring” comprising Russia, China, Pakistan, Iran and Turkey, is becoming the modern day reality. It is no surprise that in recent years, more and more countries are moving towards China. The reality is not limited to the states, but also the international organizations are coming under the umbrella of China. Such new changes in the international arena are a consequent of the United States’ policies of disengagement. Previously the champion of multilateralism, is abandoning her own policies and adopting more inward looking policies (make America great again). In such a global scenario, a vacuum is appearing that China and Russia are trying to fill with the help of forming new alliances. Strengthening ties regionally will have geostrategic implications for United States and Israel. This in can have far reaching repercussions for India as well, as it might be isolated from the neighboring countries due to the new alliances. A Russian Defense Analyst, Michail Boris tweeted:

Modi’s racist policy and Emergence of Asia’s mutual alliance of Russia, China, Pakistan, Iran & Turkey: Due to Modi’s racist policy India is alone among its neighbors. Its traditional rival Pakistan is getting stronger day by day. China will do everything for its CPEC.

Besides countering hegemony of the US, another purpose of this alliance is to bring stability and peace to the region which was disrupted by the initiation of the Afghan War, which continues even today. Peace in the region will directly have a positive impact on strengthening the position of China and Russia, because a peaceful neighborhood will resolve the issues that are present in the region at the moment. The most logical way to counter the common adversary is a robust Sino-Russian alliance. The “golden ring” is now taking shaping and bringing the regional countries together for influencing the international security paradigms and the world order.