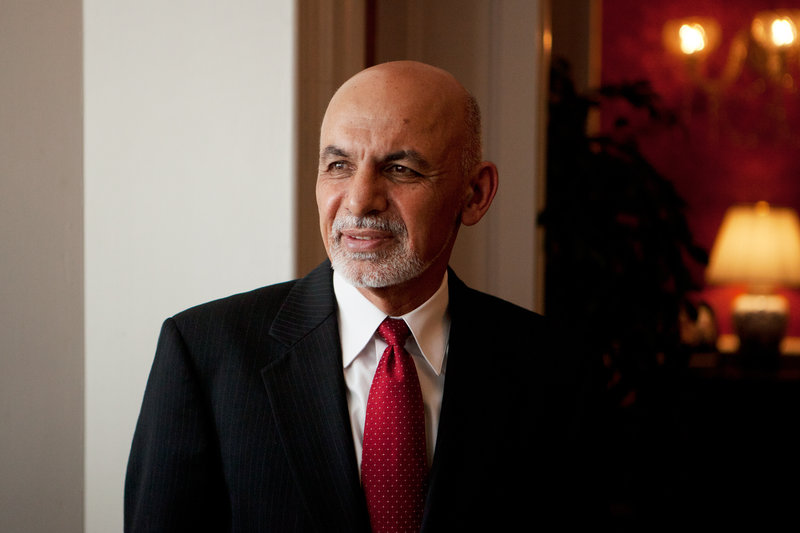 When Ashraf Ghanni took over as president of Afghanistan in 2014, he made sure to fix economic woes of his country first and detach it from Pakistan, once and for all for a solo flight. As till then, Afghan economy was totally dependent on Pakistan. Meanwhile, sense had always prevailed since the early 80’s in Pakistan and is thoroughly cemented as of now that Afghanistan can never break the shackles of being depended on Islamabad and shall remain so. Islamabad trade volumes with Kabul, which were pulling over a $2.6 billion mark (almost 70% of the market) in 2014, were so lucrative that anyone in Pakistan challenging the aforementioned deep rooted narrative that one fine day it may be witnessed Kabul getting away over a solo flight, was looked upon with a raised eye brow.

Ashraf Ghanni exactly knew all of this as of his extensive knowledge by performing in Afghan government from 2002 as a wizard of economy. He grasps well that Pakistan has a huge leverage over Afghanistan economics and can twist Kabul’s arms at their own timings for concessions. One must keep a basic bottom line in mind that Afghanistan is an import oriented country, where it imports 90% of everything, from a needle to an aero plane. So, since early 2015, as president, he looked for other avenues like China / Iran / India, central Asian states and Europe for comprehensive bilateral trade. With this workable model, he wanted to prove a point home that Kabul can withstand Pakistan twists and turns.

Ashraf Ghanni’s further trips in 2015 to Beijing, Tehran, Delhi and Central Asia got profound pledges in return. China started exporting her goods to Afghanistan in late 2016 via getting connected through a rail link. This cargo train pulls over oil, fuel, wheat, floor, fertilizer, construction material, agriculture, off highway material, consumer goods from Jiangsu and Zhejiang provinces in china, pass through Alataw pass in Kazakhstan, than all the way through Uzbekistan and ends up at their destination in Heratan district/Balkh province/Afghanistan. There are 2 trips per week and pulls over around $8 million worth of goods. By this virtue, now, china would be sending over close to a $500 million exports to Afghanistan in each calendar year and growing. China is supplementary connecting Afghanistan northern Balkh province to south-western Herat province (bordering Iran) via Jozjan, Faryab, Badghais and Farah provinces, through dual rail tracks. This would be the sole connectivity of China to Iran via a rail track. So, from almost zero exports to Kabul, now china will be having a huge stakes in Afghan economy. There are few hiccups because of Uzbek government for a way back trip, carrying Afghan exports to China. So, to sort out this issue, now an alternative rail route is worked out via Tajikistan to get connected to Sheer khan dry port at Kunduz province and onwards to Iran as discussed beforehand.

While Pakistan was regularly busy in shadow boxing Kabul since end of 2014, Iran was gaining an upper hand into Afghanistan’s economy. Iran trade via Dogharoun border terminal in Khorasan Razavi Province right into Farah, Herat and Nimroz provinces of Afghanistan has seen exponential growth. Iran – Afghanistan trade by end of 2016 stands at $2.8 billion. This Irani onslaught has literally steamrolled the Pakistan’s hegemony of controlling almost half of afghan economy.

Since 2015, Ashraf Ghanni opened his both arms and welcomed the Indians for investments. India came in with a huge list of sectors to invest in, both financially and in capacity building terms. From hospitals to schools, from parks to building dams, from training afghan army officers / media personnel / parliamentarians / businessmen / telecom sector related personnel / sportsmen and building institutions. Hosting Afghan cricket team international matches to stamping afghan visas at entry into India. Delhi gained tremendous access right into the minute details of the rugged country. India’s trade, even having no direct rail or road link, with Kabul now hovers at around a $1 Billion mark. Indians connected Afghanistan’s capital Kabul, via metal road, with its south western provinces like Nimroz and Farah. Than taking it further south from there right into Iran’s Chahbahar and Bandar Abbas ports. Signed a tri side, Delhi-Kabul-Tehran memorandum of understanding (MOU) and gave taxation free zones for afghan traders over the ports there. This connectivity have given Indians access to central Asia and shall free afghan traders, in near future from being dependent on Karachi port.

Afghanistan has always faced a shortage of the basic eatable item, wheat. It consumes about 4 million ton of wheat per year but produces only around 1.5 million ton. Rest was imported from Pakistan. Since 2014, this import policy has also being altered. Now, around 2.5 million ton wheat straight comes from Uzbekistan and there is no need to ask Pakistan, again and again, to lift a wheat export ban so that Afghanistan can feed her nationals.

Next signature move by Ashraf Ghanni was the trade air corridor, through which Afghans are now exporting dry fruits and carpets to China, Europe, India, Turkey, Saudi Arabia and other parts of the world. It has earned them more than $800 million in 2018 only and jacked up exports by 35%.

With the above mentioned stats and figures, it is vividly evident that since 2014, Pakistan trade volumes with Afghanistan have dipped from $2.6 billion mark to a $900 mark per year and further having a nose dive. If Islamabad’s foreign policy, in terms of Kabul, remains as articulated as its now, we may see a seizure of total trade by end of 2019 with Kabul.

Pakistan has gifted her share of almost 70% of dominance of afghan economy to China, Iran, India, Central Asia and Europe all by herself. Inexorable policy of “close the trade border” with Afghanistan have left irrecoverable grounds inside Afghanistan. This colossal gap within afghan economy is filled by others, some even not at good terms with Islamabad.

India and China are biter of rivals, but their bilateral trade now touches confounding figures of $70 billion mark by the end of 2016. North and South Korea are arch enemies since 38th parallel was drawn after World War 2. But as per consensual trade, their example in terms of trade should be a benchmark for Islamabad and Kabul. Bilateral trade between north and South Korea stood at $2.9 billion mark in 2016 and that’s a larger than life figure. In today’s modern world, every single country is connected to the other via trade. Trade is a lethal foreign policy gizmo and plays a mammoth role. It’s like the queen of chess and if used like a shrewd player, game is all yours.

In 21st century, no one cuts off from her neighbor just because you can’t change your neighbor rather you need to devise a way out as to how best live with it. Islamabad must revisit her policy and should realize that Ashraf Ghanni have created a scenario where he has taken Kabul’s economy far away from Islamabad’s influence and that’s an achievement to be reckon with as a nationalist. From here, influencing Kabul for a concession via the economic lever would be a hard nut to crack.

The writer is an Afghan Expert