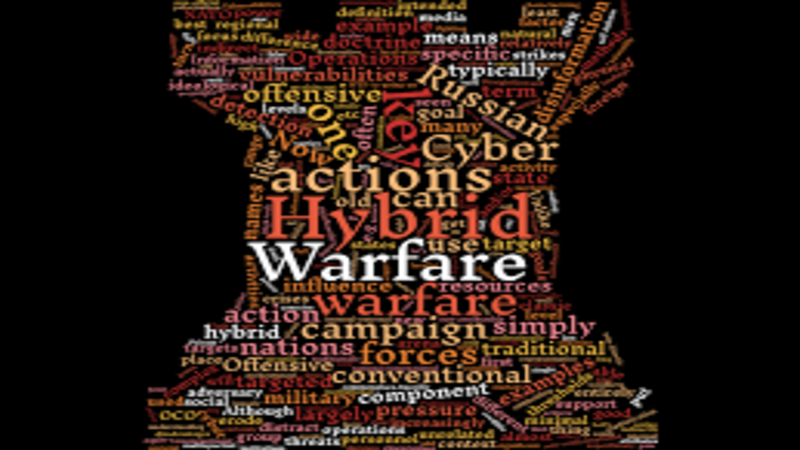 Since the commencement of Islamic State of Iraq and Syria (ISIS), it separated itself from other trepidation associations in its desire and strategies, which numerous security experts have described as a global “hybrid threat.” ISIS of today appears to be unique in contrast to previous years, a demonstration of its capacity to quickly progress from a place of relative quality and adjust to confront an over-coordinating foe and continue on as long as possible. In spite of the loss of terrestrial area, ISIS kept utilizing multivariate exercises to target susceptibilities and accomplish synergistic impacts. ISIS is in fact a “Hybrid Threat.”

As discussed by Scott Jasper and Scott Moreland in an article “ISIS: An Adaptive Hybrid Threat in Transition,” any evolving hybrid threat has six distinct features, described primarily by Frank Hoffman, attached to it that makes the identification possible., those six principles are:

Non state entities with evolving hybrid abilities can battle over a contention range going from terrorism, guerrilla war strategies, and use semi-customary moveable units in parallel utilizing all capacities as per condition and the adversary they are going up against at a particular time and spot. In response to losing territory and concomitant capital, ISIS has always tried to extend its worldwide existence via hostile digital publicity and huge terror assaults. ISIS terror cells are wrecking the nerve of Europe as validated by the Paris attack in November 2015 and besieging of Jakarta in January 2016 in order to spring up over the globe.

Hybrid threats look for circumstances, vacuums and administrative voids and poor law and order prevalence. The regional level operations by hybrid threats take place when it sees a confirmed and practical space to clutch territorial power through conclusive military activity. The conditions are suitable for such sabotaging activities when there is a frail state government. Hostile activities under regional operations are mainly utilizing all accessible hybrid threats to incapacitate the adversaries. ISIS, as a global contemporary threat, fits the six attributes of a hybrid threat very well.

It is evident that ISIS fights like an army and concentrates asserting immense control along with holding the ground it “conquers.” ISIS has also tried to convince people by subsiding intimidation and violence to prove its legitimacy. ISIS initially carried out brutal murders/executions and later started acting like public minions by fixing water and electricity plants under their conventional black flag in a seized city of Palmyra. ISIS is more concerned with holding on to conquered ground and keeps asserting their control. It proves that ISIS is not a group but a full fledge functioning organization with territory and cash inflow with political and local ties.

As explained by Clausewitz, war is an interface and collision between two living forces that indulge in an activity to overthrow one another. Contemporary hybrid threats have one new aspect to them and that is the use of technology differently. ISIS never uses any leading technology to improve its fighting capability or to develop global strategy, rather it prefers using common, basic and existing technology according to the time and need.

The theory of Hybrid warfare poses that the distinction between irregular and regular warfare is very fuzzy and haze. It suggests that terrorism has always been the most cardinal feature of any terror group and that ISIS is not something that cannot be dealt with but it needs cohesive thinking to counter such an evolving contemporary threat rather coercive thinking to bring ISIS on its knees. Most highly effective tactic, also a trademark, of ISIS is suicide attacks that confirms precision and maximum loss. From using suicide attacks to sophisticated drone technology, ISIS has it all and it helps maintain this hybrid threat to stay in lime light to attract more fighters ensuring place and finances for them. When an individual works in a group to carry out a terror attack the responsibility of remorse gets shared among them all which later leads them to psychological ossification.

Detention camps and prisons brought many of the people working for ISIS together e.g., US maintained facility “Camp Bucca” in Umm Qasr, Iraq. They were put under one roof to become more rigid on their beliefs and war against the westerners. The main recruitments attraction for ISIS has been prisons because those are the people that can easily be compelled because of being socially dejected. As ISIS promises honor, esteem, power, finances and sense of belongingness, people easily fall prey to those psychologically bounding tactics. From blended tactics, irregular warfare, terrorism and criminal disorder, ISIS has proved itself over and over again to be the strongest adaptive network under very well informed and connected leaders.