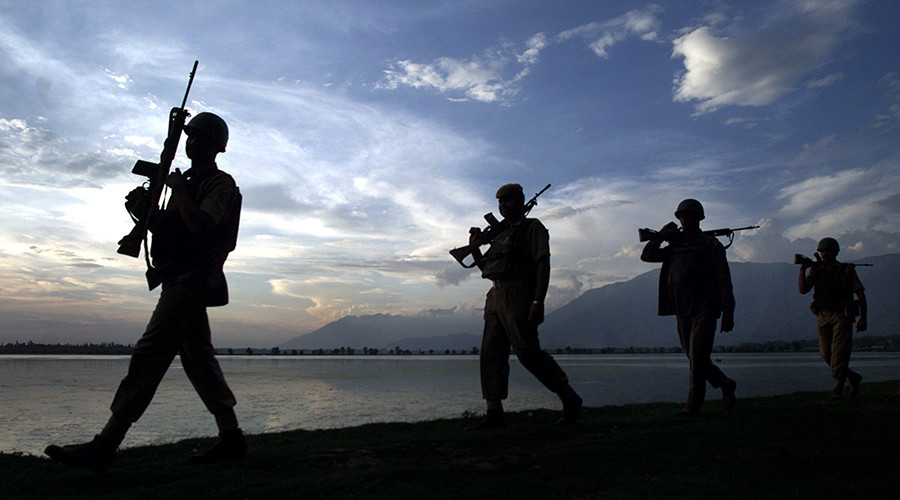 A video of soldiers from Asia’s two superpowers apparently kicking, punching and throwing stones at each other on the flashpoint Indo-Tibetan border has raised fears about escalating military tensions between China and India.

The video, which was allegedly recorded on India’s Independence day, August 15, shows a lengthy and violent scuffle between dozens of troops guarding the barren disputed border next to the Pangong Lake in the Himalayas.

The footage has been widely shown on the Indian media, who reported that the fight took place when Chinese troops tried to enter Indian terrain along the banks of the lake.

According to India’s NDTV news channel, which claimed the video had been authenticated by the authorities, the fisticuffs lasted for two hours before both sides retreated to their normal positions and held up banners proclaiming their rights over the border area.

The Pangong Lake, a remote region lying at almost 14,000 feet above sea level, has for decades been the focus of a bitter border dispute between China and India.

It saw military action during the 1962 Sino-Indian war, and India and China often accuse each other of incursions into each other’s territories.

Violence between the two sides is rare but the political temperature between New Delhi and Beijing has been raised in recent months over another fractious stand-off on the Doklam plateau, a thin strip of land bordering both countries and Bhutan.

China is constructing a road in the region which India sees as a strategic threat to a narrow part of territory leading to its north eastern states.

China claims Doklam, which it calls Donglang, is part of its territory, and that it has every right to build a road there. India and Bhutan claim the land belongs to the tiny Himalayan kingdom.

Neither side shows any sign of backing down after Indian troops entered the plateau two months ago to stop the construction.

The ongoing confrontation has left about 300 soldiers on each side facing each other down while standing just a few hundred feet apart. In June tensions boiled over into another brawl, with soldiers shoving each other’s chests in a macho show of force.