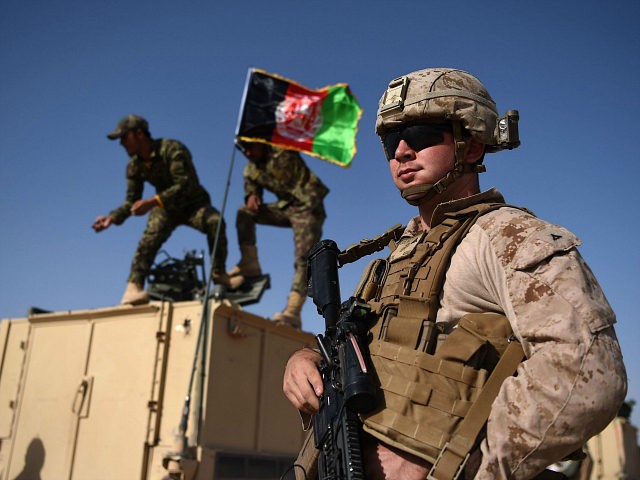 These days, phrase “Afghan Conflict Peace Talks”, is in vogue at Kabul, Washington and Islamabad. It got serious weightage with modified entry of Zalmay Khalilzad as special advisor to President Donald Trump
on Afghan peace reconciliation. For those who keep a keen eye over U.S foreign policy propositions, Afghanistan shall always be an interesting read, as it got initiated with counter terrorism phase to counter insurgency and back to counter terrorism, with nation building in-between the intervals.

U.S revisited her policy vis a vis Afghanistan in August last year and shifted to a more hardcore military lever, once again, from the one being into fashion i.e. nation building. But exactly a year after, white flags seems to be now raised from Washington for Taliban to hop over to the round table for peace talks. Actually, peace talks between U.S,
Kabul and Taliban in itself is a vicious cycle. U.S wants Taliban to sit with Afghan government for peace talks, while Taliban considers Kabul government a puppet of U.S. So, instead of talking to puppets, Taliban considers talking to U.S directly as a more lenient option. In the end, it’s a myriad cycle of convincing one another for their own die hard point of view.

In the backdrop, Afghan government officials, Afghan High Peace Council (charged with peace reconciliation) and prominent figures at Kabul are in continuous talking mode and sharing notes with Taliban. That’s why it is heard, on the face of it, from Kabul that they are in contact with Taliban but in return, such compliments are not reciprocated officially for public consumption. As the day, they are, it would mean a suicidal death for Taliban because that would be a message to the world that they consider Kabul as a legitimate government, formed by people’s choice rather than the will of allied countries.

In last 3 months, Taliban and U.S have covered a lot of ground since the day they have restarted talking. Meets were held between their Doha (Qatar) political office, led by sheer Abbass Stnakzai, with Assistance Secretary of States, Alice G Wells first and later with president Trump special advisor on peace reconciliation, Zalmay Khalilzad. The world was told that formulation of a peace process is being worked out to end war in Afghanistan, even to the limit that U.S have agreed in talks to let Taliban know of their possible exit strategy and a explicit date to do so. But all said and done, there was one thorny issue to be settled as well.

Haqqani group (solely affiliated with Taliban) have two professors of American University of Kabul in their captivity since 2016. They are named as Kevin King (USA national) and Timothy Weeks (Australian national). As talks between the two U.S officials and Taliban Doha political office raced up, release of these two professors was discussed in marathon way and this particular subject of discussion ate the most of conversation. The U.S wants their release, as soon as possible, while in return Taliban wants their hardcore important men, caught by joint
operations of US forces with Afghan and Pakistan armed forces and later being handed over in custody of host country. One of them is Anas Haqqani, who eventually is younger brother to Taliban Deputy Ammer, Siraj Haqqani aka ‘Khalifa’ and the other one was Mullah Abdul Ghanni Bradar, who was Mullah Umer’s deputy since day one.

This made peace talks to take dips of highs and lows by all means as on what grounds such men can be swapped. Former US president, Barack Obama, used his special powers for once in 2014, to swap Sergeant Bowe Bergdhal for five Guantanamo Bay Taliban detainees. But Donald Trump is no Barack Obama, as he would never submit to such a deal in year of midterm elections. Secondly, Kabul government over glittery cameras of media supports these peace talks between U.S and Taliban but behind closed doors is seriously jittery. As to what all is happening,
totally means, bypassing them.

By calculating all these measures, thick and fast to set the ball rolling in quest of a break through to the stalemate war in Afghanistan, lately Pakistan was humbly asked to release Mullah Abdul Ghani Baradar in the name of pushing peace talks to a further. In return, both professors shall be given up a release, soon. Kabul could have not been asked to release Anas Haqqani, Hafiz Abdul Rashid or Haji Mali khan as anti US tide is flowing in full swing within Afghanistan as of recent miscalculated nigh raids, resulting in killings of many more civilians and later killing of all powerful Gen. Raziq Khan Achakzai.

Taliban by having a shrewd evil political acumen now appoints the five Gitmo released Taliban as members of Doha political office. While Mullah Baradar shall be in Afghanistan taking charge of some high profile slot within Taliban ranks. So, the world is back to basics of Taliban, the same old puritan school of thought shall now lead peace talks. Next four months shall be heard with encore echoes of peace talks as summer fighting season comes to an end. World prays in calmness that the next 4 months diplomacy of peace talks brings an end to the conflict but as the saying goes, “it’s so near yet so far”.