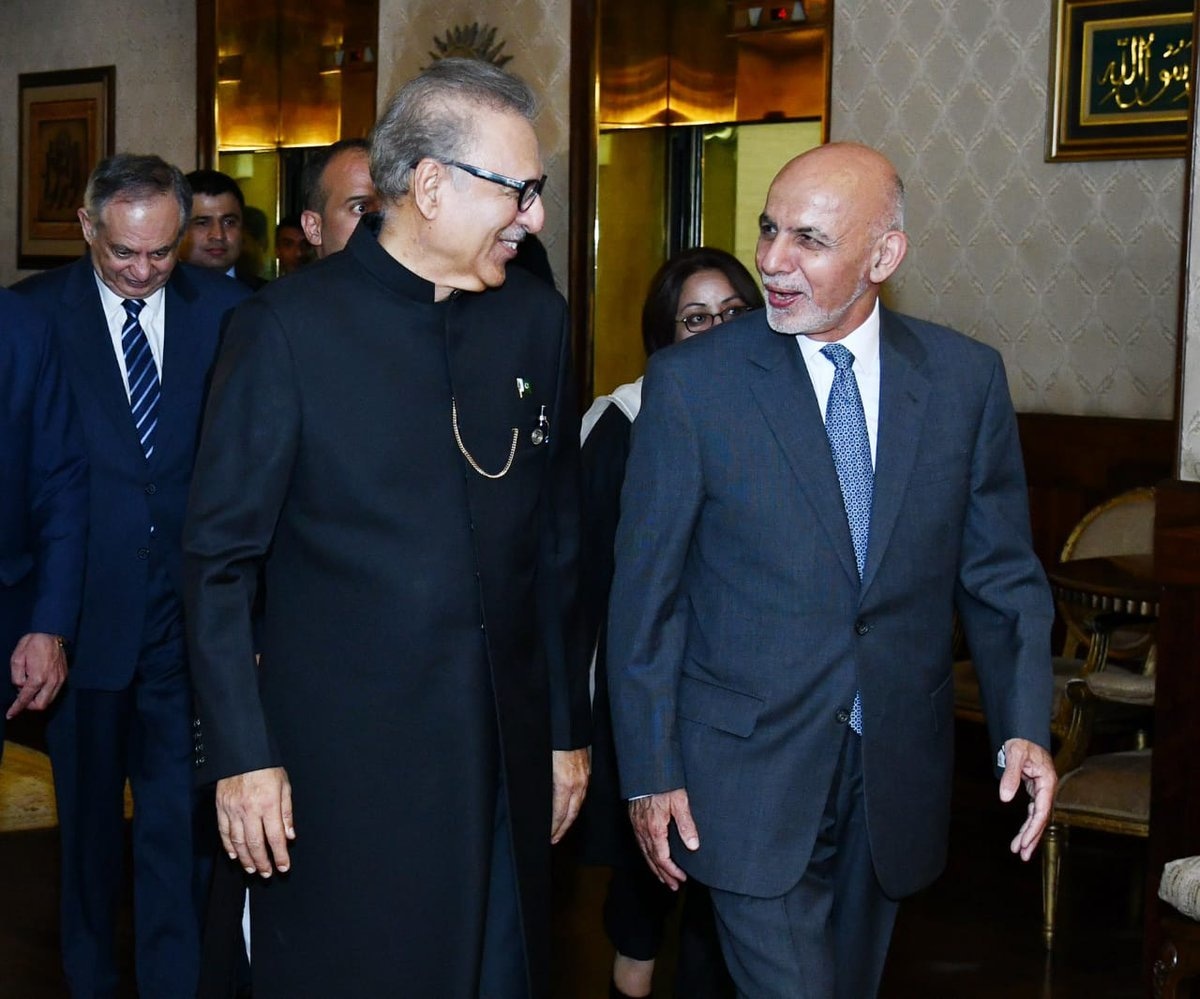 The peace is so elusive specially in Afghanistan, because the desirous and vested players have divergent objectives even in fostering and while working towards peace. It took 18 years for the U.S. to reach the belief that peace through war is not possible in Afghanistan. The battle ground for the foreign forces even in recent times has become a grave yard for the mighty global powers. The longest war in the recent history of America has becomes a lost war. Why did it take so long to reach the present option of Talking to Taliban? Was terrorism elimination actually the objective? Pakistan, Iran, China, Russia and Central Asia, are main or subsidiary targets. Global dominance through military endeavors is the ultimate aim.

Fighting Taliban for an extended period was and is not a correct proposition, though they are far below the mighty U.S and Allies, in all fields of war fighting arsenals, strength, technology less the motivation and dedication, where Taliban are for ahead. Another important factor which the U.S ignored while invading Afghanistan was the ultimate aim and objectives of the war viz-a-viz the Taliban. The war expenses, that too at extended distances, was yet another factor, probably not given due consideration while invading Afghanistan. It’s a historic repeat of Soviet invasion of Afghanistan and ultimate defeat due to prolonged engagement, do consider that Soviet were next door and the U.S. is thousands of miles away.

For the U.S. Afghan war is of 18 years but for the Afghans it has been four decades that they are at war.  Afghan peace efforts have reached the difficult stage, where the U.S is trying to make Taliban agree on the cease fire and Taliban asking for the exit time frame from the American. Another important ingredient of the peace talks is Taliban not talking to the sitting Afghan government.

Seventh round has already begin in Doha, Qatar. The outcome is uncertain as the three basic points stated above are almost on deadlock. The U.S is not prepared to give the time frame of exit which Taliban are seeking since day one. Taliban will never agree on the cease fire as they are at position of strength and their strength lies in fighting not politics. So, the stalemate is obvious.

Pakistan has suffered due to the faulty decisions of their rulers and the invading parties may it be the Soviets or the American. According to Pakistani perspective Soviet came in for warm waters whereas they never had that objective in sight. Yet Pakistan jumped or was dragged to contest Soviets and is facing the Afghan resentment till date. Again, the American invasion was against Al Qaeda and Taliban or war against terrorism in Afghanistan yet Pakistan was asked to be an ally or will be considered an enemy.  Pakistan followed the dictates and is facing the brunt from all including Taliban the so-called friends of Pakistan.

Repeatedly asked to do more and more not only by the American but the Afghans also, Pakistan is still the trouble creator despite initiating peace efforts like Murree and even the recent one being spearheaded by Zalmay Khalizad. Having made them agree to negotiate peace, is Pakistan considered a peace seeker today is a question that we may ask yourself, because for the Afghans and even the U.S we are still not doing our best. Are we still relevant in Afghan great game?

Pakistan has suffered immensely in terms of human losses, resources utilization, insecurity, political instability, economic degeneration, ethnic and sectarian divide and above all image and trust damage. Having lost in all domains, Pakistan is still working towards peace in Afghanistan, because insecure neighborhood is unfavorable to the highly suffered Pakistan. What Pakistan has done over the years for peace in Afghanistan may not be taken as contribution but a compulsion. Every country and nation have the right to work for its own interests. All major powers in the recent times have created and fought proxies within and outside, Pakistan is no exception.

To stay relevant and not to lose more, Pakistan played for her interests and has the right to do so, but not at the cost of others. Note of concern is that today Pakistan is considered as a problem creator and not a solution. The question remains is Pakistan playing a spoiler role in the Afghan crisis, if yes what will it gain or what has it gained over so many decades? What has been the prime objective of Pakistan in keeping Afghanistan troubled?

Relevance in the ongoing great game in Afghanistan and the region is probably the only objective Pakistan should look and work for. But is Pakistan relevant now. With Taliban directly engaged in talks with the U.S the Pakistan’s stake may be alive but relevance has probably diminished. Pakistan may have some influence over Taliban but are not the driving force for Taliban.

The recent engagement of the sizable number of political oppositions less Taliban at Bhurban, Murree, is indicative of the changing strategies. Visit of Ashraf Ghani is also an endeavor to remain alive. The vested players in the Afghan game must keep in mind that efforts to keep Pakistan out of the resolve process is not likely to yield positive, as Pakistan has been the major brunt bearer in last four decades of Afghan instability. Any solution without taking into consideration Pakistan’s apprehensions may not last long. Indian influence in Afghanistan, anti-Pakistan elements support from Afghan territory at behest of India (Baluchistan separatists, TTP leaders and fighters in Afghanistan), Durand Line, Pashtunistan and refugees repatriation are some the areas that must get due place in the post Unity Government in Afghanistan.