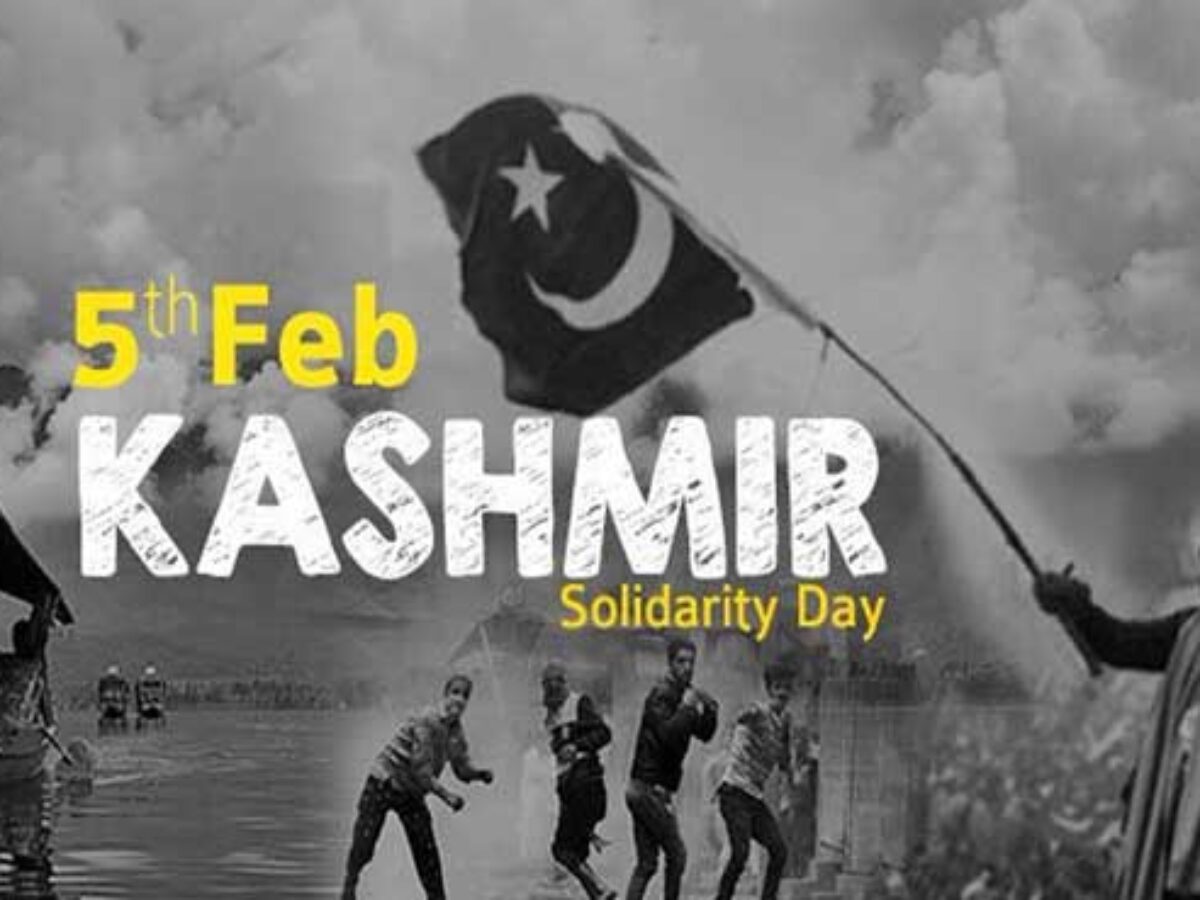 Every year 5th February as Kashmir day in impressive manner to express solidarity with the brothers and sisters of Indian Occupied Kashmir.
A long history of Human Rights Violations in Indian Occupied Kashmir (IOK); hundreds of thousands of Kashmiris have been killed by the Indian Forces. Only because Kashmiris have raised their voices for their natural right to freedom. They have only one demand; India shall leave Kashmir. The history of this conflict goes a long way back. People from different parts of the world tell Kashmiris that they need to put more efforts against occupying powers politically, diplomatically and morally.

We can do a lot in Kashmir with diplomacy, but it must be backed by force. As the UN Charter too has allowed those who have been occupied by the occupying powers that they can use any means to liberate themselves from the clutches of occupation. People of Kashmir know it better that they need to adopt against occupation forces. Moreover, we see Human Rights violations in different parts of the world by different groups and they are finally punished on their acts. But in Indian Occupied Kashmir, the occupying forces violate Human Rights as the method of state policy without being held accountable.

There is a Great difference between abuse of Human Rights by individuals or groups and abuse of Human Rights by a state. In IOK the occupation troops are equipped with weapons on one hand and on the other hand they have also been protected by an umbrella of legislation like Armed Forces Special Power Act, and the Public Safety Act. It is unfortunate that under Armed Forces Special Powers Act Indian Army can kill, arrest, loot and burn the Kashmiri people and their possessions without being answerable to none as they can’t be called into any court of law. The occupying forces from India have no right in Kashmir. How can they ask this question to Kashmiris residing there? They have sophisticated weapons in their hands, they have the umbrella of the Armed Forces Special Powers Act and their acts are the acts of terrorism and crimes against humanity as they are torturing children and raping women. These incidents are so tragic that they can’t be explained.

Seventy years have passed, but still the world is silent on Indian Occupied Kashmir. In the year 2000, before the visit of President Bill Clinton to India, twenty-three Sikhs were murdered in Chittisinghpura by the Indian authorities. President Bill Clinton and his acquaintances were told that the ongoing terrorist activities have caused this slaughter in Chittisinghpura. Similarly, India wants to portray that the situation in Kashmir is not a struggle for freedom but terrorism against the Indian State in order to hide their state-initiated terrorism. Therefore, India plays with the terms such as fundamentalism, terrorism and separatism. The World must realize that if Indian intransigence remains, the issue of the Jammu and Kashmir remains.

Occupied Kashmir is currently looking like a military cantonment in the presence of one million Indian troops and the Kashmiri people are facing a serious situation due to Indian oppression and barbarism. Pakistan shall have a long-term policy on Kashmir, and it should strategically counter India’s nefarious tactics to make Kashmir its permanent part. India is using different tactics to achieve that. These tactics include: elimination of youth activists, demographical changes, draconian laws such as Armed Forces Special Powers Act (AFSPA) and Public Safety Act, using rape as a weapon of war, crackdown on local and international journalists, and blocking of social media. We will keep struggling for Kashmir and we must keep moving and play our part. And this freedom candle will keep lighting the Kashmir movement.