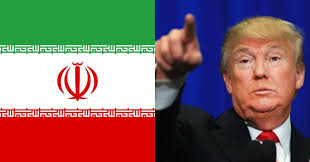 It looks like Iran just blinked in the face of tough talk — and new economic sanctions — from the Trump administration. Fox News reports that new satellite imagery, verified by US officials, shows Iran has abruptly removed a new missile that was being prepared for launch as recently as Friday.

It was a long-range Safir missile — a class that Tehran last launched into space two years ago, and that uses the same components as those needed for an intercontinental ballistic missile. The images showed a flurry of activity, including a host of visitors, on the launchpad Feb. 3, the day the missile was first spotted. Then, on Tuesday, the missile was gone.

Perhaps it was a technical problem — but the timing suggests otherwise. On Jan. 29, recall, Iran launched a new type of medium-range ballistic missile capable of reaching all of Europe, in defiance of UN Security Council resolutions. Last Thursday, the Trump administration announced it was putting Iran “on notice.” And on Friday — the same day the new missile was first seen — Washington announced sanctions against 25 individuals and companies involved in Iran’s ballistic missile program. That was a response unlike anything Tehran saw in eight years under President Barack Obama — whose State Department routinely issued reports critical of Iran, but turned a blind eye to the Islamic Republic’s nefarious behavior, not to mention its repeated violations of the sweetheart nuclear deal.

It’s a sign that for Iran, the days of wine and roses — and blind-eye treatment — are over. And perhaps an even more welcome sign that tough talk, combined with tough action, really does work.