Pakistan thanks Turkey for backing over Kashmir 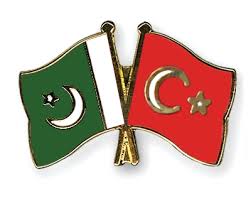 The occupation and suppression of Jammu Kashmir continues to “haunt the conscience of humanity,” Pakistan’s ambassador to Turkey said Tuesday. Speaking at an event in Ankara to mark Kashmir Solidarity Day, Sohail Mahmood said: “Occupied Jammu and Kashmir remains one of the most militarized zones of the world, with more than 700,000 Indian security forces armed with lethal weapons and black laws ensuring complete immunity for their black actions.”

Muslim-majority Jammu Kashmir has been disputed by India and Pakistan since 1947, when the British left the subcontinent. A year later, the UN Security Council adopted a resolution calling for a plebiscite to be held in Kashmir which is yet to be implemented. Mahmood compared the situation to that of Palestine as one of the world’s longest-running conflicts. Since partition, India and Pakistan have fought three wars — two of them over Kashmir, which is split into areas under the separate control of both nations. The conflict — in which more than 70,000 people have been killed since 1989 — burst back into life last July following the killing of Kashmiri militant commander Burhan Muzaffar Wani.

“There is no distinction between women, children and the elderly,” Mahmood said of Indian security operations. “All are targeted indiscriminately. Within the past few months alone, Indian occupying forces have illegally detained over 12,000 innocent Kashmiris without any charges.” He highlighted the use of pellets that have caused eye injuries when used against protestors. “You can take away our eyes but how can you take away our dreams?” The ambassador said Kashmiris and Pakistanis “deeply” appreciated Turkish solidarity.

“This support was unequivocally reaffirmed during the Honorable President [Recep Tayyip] Erdogan’s visit to Pakistan in November 2016 and his address to the joint session of parliament,” Mahmood said. “The presence of all our distinguished participants in the observance of Kashmir Solidarity Day this evening is a further reflection of Turkey’s abiding commitment to this noble cause.” Kashmir Solidarity Day, which is also marked in the U.S. and Europe, has been observed since 1990.