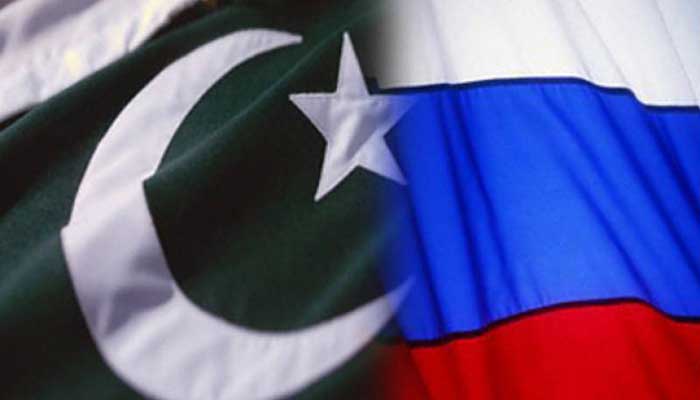 Pakistan has decided to hug russia tightly as the United States continues its hostile policy towards the only nuclear armed Muslim-majority country, diplomatic sources said.

Senior officials at the foreign ministry told The Nation that pakistan was working to improve the country’s global standing amid the harsh policies of Europe and the United States.

An official said: “We have two regional powers with us . China has a history of friendship with pakistan while russia is offering a friendship. We need to grab their (Russia’s) hand.”

He added: “We are facing a diplomatic challenge but still we cannot give in. We need to bounce back. russia is our best hope.”

A foreign ministry statement said during his stay in Moscow, the Foreign Minister will hold official talks with his Russian counterpart. “The two sides would deliberate upon the entire spectrum of bilateral relations as well as regional and international issues of mutual interest,” it added.

The statement said the visit would provide an opportunity to explore ways and means to further strengthen cooperation in political, economic, trade and investment, defence, education and cultural fields.

“Russia enjoys a special place in our foreign policy. The relations between the two countries have been growing steadily in all fields.

Regular high-level exchanges between the two countries in the last few years is a manifestation of mutual desire of both sides for translating political goodwill into a substantive and multidimensional partnership. The two countries are also celebrating the 70th anniversary of establishment of diplomatic relations this year,” it said.

The two foreign ministers had earlier met on the sidelines of the UN General Assembly session in New York in September 2017.

Last year, Russian President Vladimir Putin had offered to mediate between Islamabad and New Delhi to ease tension in South Asia. The move was welcomed by Islamabad but India refused to oblige.

President Putin had also refused to condemn the 2016 Uri attack and China also denied support India’s bid for the Nuclear Suppliers Group membership. While China’s response was expected by pakistan , Russia’s neutrality gave them the boost they wanted as Islamabad took the Kashmir issue to the global powers.

However, President Putin signed agreements of cooperation with India in different sectors worth billions of dollars. India and russia also reached an understanding to manufacture military copters. Reportedly, India is to buy a ground-to-air targeting technology from russia as well.

Another foreign ministry official said pakistan will seek Russia’s help to stop the western countries from putting pakistan on the terror watch-list at the ongoing Financial Action Task Force meeting in Paris. The six-day FATF meeting started on February 18. No country, except China, has committed to vote for pakistan after the us submitted a resolution to the FATF to place pakistan on the terror watch-list.

The official said russia had earlier agreed to ‘consider’ Pakistan’s request to support Islamabad at the FATF moot.

Former ambassador Rustam Shah Mahmand said us President Donald Trump will have to adopt flexibility. “Pakistan has its options. russia is a global power and Pakistan’s ties are improving with russia ,” he added.

Mahmand said the us cannot continue to dictate pakistan and force it to ‘do more.’ “If we have russia and China with us , we don’t need the us ,” he maintained.

Director Centre for South Asian Studies Dr Umbreen Javed said pakistan was looking towards China and russia . “We cannot ignore the us but we also cannot compromise. We have to find new friends,” she said. Dr Umbreen Javed said Pakistan’s strong ties with russia and China will force Trump to reconsider his anti-Pakistan policy.

Talking to the media at the launch of Inclusive and Sustainable Development Report, he said the us along with its allies – the United Kingdom, Germany and France – had forwarded the proposal to put pressure for ‘certain reasons’.

He said pakistan was a sovereign country, which was fighting the war against terrorism not only for the security of its own people but also of the region. pakistan , he said, had rendered matchless sacrifices and achieved unprecedented successes against terrorists for which it deserved appreciation by the international community.

He said pakistan was approaching different countries through diplomatic channels to apprise them of the measures taken by it to root out terrorists.

He hoped that the world would recognise sacrifices of pakistan in the war against terror and would not take any step that would hamper its anti-terror strategy.

He condemned continued unprovoked firing by India along the Line of Control (LoC), which, he said, was aimed at diverting world’s attention from atrocities being committed by its forces against the people of occupied Kashmir.

About putting the name of former prime minister Nawaz Sharif o the Exit Control List (ECL), Ahsan said there was a set procedure for the purpose and the Interior Ministry was not bound to follow proposals of any institution.

The PML-N government had not even put names of Dr Asim Hussain and Raja Pervaiz Ashraf, members of its opponent party, on the ECL.

About deployment of Pak army in Saudi Arabia, he said the action was for peaceful purposes and it would not take part in attack on any other country.