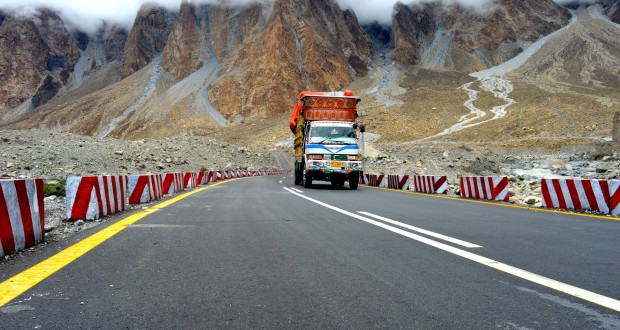 In what appears to be a major breakthrough, regional police chief Zafar Iqbal Awan on Wednesday claimed to have arrested members of a network financed by Research and Analysis Wing (RAW) — India’s premier intelligence — to sabotage the China-Pakistan Economic Corridor (CPEC).

“This is a big success,” Awan told the media during a hurriedly-called news conference in Gilgit, referring to the men arrested by police in Gilgit. The men are all from Gilgit-Baltistan.

“We have arrested 12 members of a gang and have also recovered weapons from their possession,” said the inspector general of police, adding that 60 other people affiliated with the network have been identified and would be arrested soon.

The IGP said the gang was working under the title of ‘Balawaristan National Front’, and that its chief Abdul Hamid Khan, was a resident of Ghizer Valley but is currently based in Brussels, Belgium.

Gilgit-Baltistan serves as a gateway to CPEC, a 3,000-kilometre route consisting of highways, railways and pipelines which will connect China’s Xinjiang province with Gwadar port in Balochistan. The route in G-B is almost 450 kilometres long.

Last year, hundreds of Chinese trucks loaded with goods rolled into the Sost Dry Port in Gilgit-Baltistan as the multibillion-dollar project between Pakistan and China formally became operational. “The chief of the network has settled in Belgium and continues to serve Indian interests,” said the IGP, who was thronged by other senior police officials at the news conference.

In 2013, the IGP said Khan visited Bangladesh, Nepal, and Thailand, where he met various people whom he later invited to G-B.

The purpose of the meetings is to strengthen the party in Gilgit-Baltistan and settle details of the ‘operation’ to be carried at the behest of RAW.

“RAW is using this network in this region to fulfil its nefarious designs,” he said.

“But we will not let it succeed.”