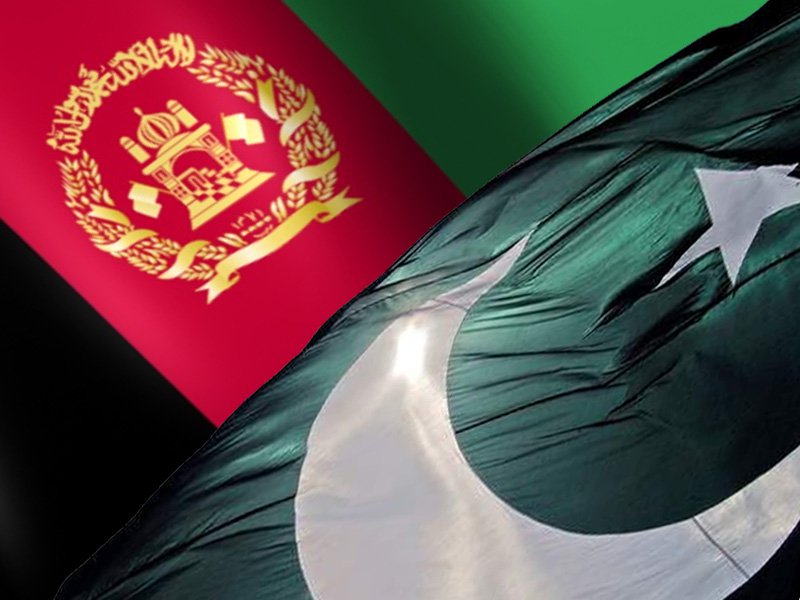 Twin tower attacks in 2001, suspected involvement of Al-Qaeda and Taliban and Pakistan was almost forced to become part of the alliance that invaded Afghanistan to take revenge for the terrorism act that occurred in mainland America. Pakistan along with KSA and UAE were the only countries that were having diplomatic relations with Taliban regime. Pakistan was considered the closest ally and supporter of Taliban during their conquest campaigns against the Northern Alliance and the other Afghan warlords. For joining the alliance in GWoT, Pakistan was granted a ceremonial status of non-NATO ally and granted some concessions and privileges during the operation Enduring Freedom.

During the eighteen years war against terrorism, Pakistan rendered support to the US and NATO forces in logistic and administrative domains, primarily land and air passage, port facilities and some air operations facilities utilization. The US paid some hard cash in return under the coalition support fund for the infrastructure usage. During the period however, Pakistan did not enjoy the trusted ally position and remained a suspected supporter of the Taliban and Haqqani network in the eyes of not the US but also the Afghans, due to past association with Taliban. The question remains what has Pakistan gained out of the policy of supporting the war against terrorism (GWoT), being an ally lacking trust?

The gains are that in terms of global perspective Pakistan remains a terrorist nurturing country which is still under the suspected watch of FATF. The US still narrate that Pakistan has not done enough and must make efforts to become a trusted ally. In terms of internal dynamics, Pakistan has suffered in the realms of insecurity, the rise and fight against the TTP and other terror outfits, serious damage to the economy, sectarian and religious divide, Baluchistan nationalist militancy and political instability.

Having survived in suspected relationship over the past two decades Pakistan believingly tried to convince the American and the Afghans that the war must end with resolve of issues rather than victory at the battle ground. It took eighteen long years and sacrifices of thousands of humans to initiate peace through dialogue. Pakistan was almost irrelevant and intentionally kept away during recent past but resolve could not be achieved so was asked to play role in negotiating peace.

After the recent visit of Prime Minister Imran Khan to the US, the restart of relations between the two states has encouraged policy makers at both sides. During the past couple of decades, the relations suffered due to trust deficit, and largely due to the instability in Afghanistan. Pakistan believed that the US and allies failed to manage the revival of Taliban, and hence precarious security situation.

Why has Pakistan gained importance now? Is it not an embrace of convenience, need and above all interests?  The American elections are about a year away and the promise made by the Trump during electioneering that when in White House, he will get forces back from Afghanistan. If trump is to win the elections again, he must make Afghanistan free from American forces and get credit for resolving the Afghan crisis. To obtain such, the U.S has to make peace with Taliban and that can only be achieved through talking to Taliban.

Pakistan re-gained relevance as Trump is desperately looking for settlement with exit and retaining some presence. To materialize these objectives, negotiation with Taliban was must, where Pakistan became the stepping stone. Pakistan has probably played a role in bringing the two closer and now the US is asserting that Taliban should talk to the Afghan government. Here again Pakistan is being asked to influence the Taliban to make peace with Afghan government.

Pakistan though has become relevant again, due to the compulsion of the U.S, but has to keep in view that intent of the U.S and the Afghans are to realize peace; which Pakistan also aspire for. Note of concern shall be that the U.S and Afghans have not been good ally in past two decades when the war was being fought against Taliban or even throughout the existence period of Pakistan. So, Pakistan will have to keep her interests alive and relevant to gain and recover from the damages it received throughout the wars in Afghanistan.

Pakistan is major gainer if peace prevails in Afghanistan, therefore all efforts must focus on peace through negotiated settlements at the terms and conditions that benefitss Pakistan and Afghanistan. The relevance that has emerged out of necessity and compulsion must get converted to securing own and Afghans interests.