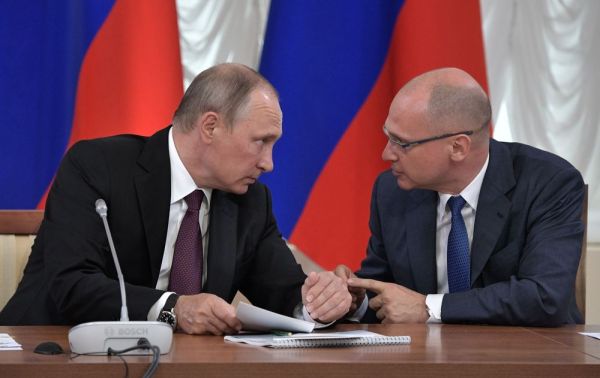 Russia’s top diplomat said Sunday his country was ready for more engagement with the United States on North Korea, Syria, Ukraine and other pressing matters, even as Moscow braced for new sanctions from the Trump administration.

Foreign Minister Sergey Lavrov, after meeting with U.S. Secretary of State Rex Tillerson for the first since the U.S. imposed the additional penalties, said Russian and the U.S. had agreed to resume a suspended high-level diplomatic channel and Washington would send its Ukraine envoy to Moscow for negotiations.

Lavrov’s upbeat assessment came amid what the U.S. has called a diplomatic low point unseen since the end of the Cold War.

It wasn’t immediately clear whether the U.S. shared Lavrov’s rosy view of the meeting. The U.S. offered no comment about what the diplomats discussed, and Tillerson didn’t respond to shouted questions from journalists allowed in briefly for the start of the hour-plus meeting in the Philippines.

“We felt that our American counterparts need to keep the dialogue open,” Lavrov said. “There’s no alternative to that.”

Lavrov said Tillerson had asked him for details about Moscow’s recent move to expel American diplomats and shutter a U.S. recreational facility on the outskirts of Moscow. Lavrov said he explained to Tillerson how Russia will carry out its response, but did not publicly disclose details.

Last month, the Kremlin said the U.S. must cut its embassy and consulate staff in Russia by 755 people, a move that echoed former President Barack Obama’s action last year to kick out Russian diplomats in punishment for Moscow’s meddling in the 2016 American election. The Russian announcement has caused confusion because the U.S. is believed to have far fewer than 755 American employees in the country.

Word that U.S. special representative Kurt Volker plans to visit the Russian capital was the latest sign that Washington is giving fresh attention to resolving the Ukraine conflict. The U.S. cut military ties to Russia over Moscow’s annexation of Crimea and accuses the Kremlin of fomenting unrest in eastern Ukraine by arming, supporting and even directing pro-Russian separatists there who are fighting the Kyiv government.

In recent days, the Trump administration has been considering providing lethal weaponry to Ukraine to help defend itself against Russian aggression.

Lavrov didn’t say when Volker, a former NATO ambassador, would go to Moscow.

In their meeting, Lavrov said, Tillerson agreed to continue a dialogue between U.S. Undersecretary of State Thomas Shannon and Russian Deputy Foreign Minister Sergey Ryabkov. That channel was created to address what the U.S. calls “irritants” preventing the two countries from pursuing better ties. Russia had suspended the talks after the U.S. tightened existing sanctions on Russia related to its actions in Ukraine.

Lavrov and Tillerson met on the sidelines of an Asian regional gathering in the Philippines. It was their first face-to-face conversation since Congress passed new legislation in July that makes it harder for Trump to ever ease penalties on Russia. Trump signed the bill last week, but called it “seriously flawed.”