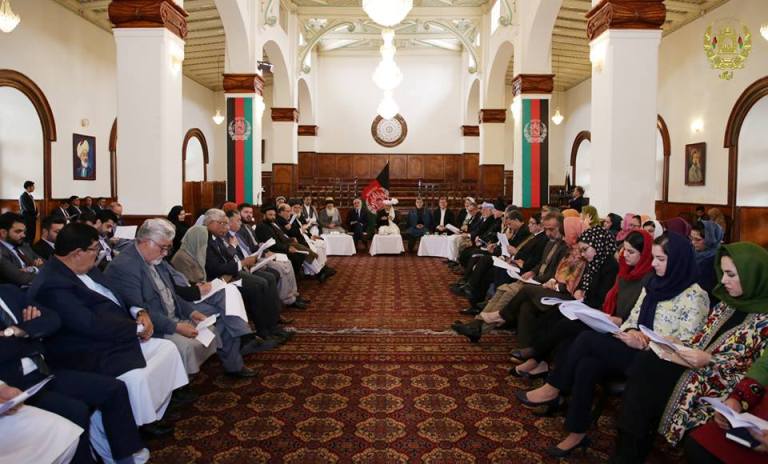 Views of policymakers in the U.S, Afghanistan, and other regions about the current situation in Afghanistan and the predictions they envisage for Afghanistan in the case U.S forces exit the country, are precisely apparent. However, there is a lack of research to understand the views of the other side, i.e. how the Taliban think and foresee the future of Afghanistan. In an attempt to understand and contemplate the views of the other party, one has to become the ‘devil’s advocate’ and probe into their top structure to retrieve an analysis.

Taliban’s top tier is not so forthcoming while dealing with an avid and an enthusiastic scribe; however, there is a moment when a shot is offered – clean as a whistle. Accordingly, a hitchhike followed by a prolong sitting, spanning over several hours, revealed a lot about the myriad facets of the philosophy of the Taliban about the U.S forces exit and how they comprehend the impending issue of Afghanistan.

As per their account, the Taliban entered peace talks with a weak homework and focused only on making sure that the U.S forces leave Afghanistan. Initially, the Taliban did not anticipate that the U.S was serious about the Afghan exit, so they did not do much preparation and thought that they are just testing waters. However, after prolonged deliberations, it became evident that it was about time for the U.S forces to exit Afghanistan. The Taliban ‘Rehbari Shura’ (Guidance Council) sat down for consultative sessions to articulate their principles and demand list. Later, the reclusive companion of late Mullah Muhammad Umar and the freshly released from Pakistani prison on the demand of Zalmay Khalilzad, Mullah Abdul Ghanni Baradar, was tasked to consult with the Taliban’s provincial governors and zone commanders for the concerned matters.

Heated debates rocketed over various issues but first the red lines were to be identified; after a lot of deliberations, finally, two of them were marked. Vouched unanimously by all the stake holders and the supreme leader Sheikh Haibatullah Akhundzada himself, the first one stated that at no cost shall the talks be held with the Afghan government and secondly, nothing shall be finalized till a guarantee comes that all foreign forces shall leave Afghanistan by all means and with immediate effect.

With the red lines drawn, there were few more impending glitches to be dealt with. Rehbari Shura was of the view that the talks should be advanced, only with the Americans, in a more precise and crisp manner. The interpretation was based on a concrete view of not tainting the talks with the presence of a third party, especially Pakistan. Over the subject of Pakistan, it was contemplated well and proper that even though Pakistan will play the role of a facilitator, it would be better to keep the its influence away from the talks so that no shades of gray shall fall upon it. If Pakistan was to play a greater role than this, the Afghan government would grind the mill hard that here it is Pakistan calling the shots rather than the Taliban themselves. Ameer khan Mutaqi, Taliban supreme leader’s top advisor, was the lead man to champion this discussion and formalize a deduction in this regard.

In the first and second sessions between the two parties, which were actually led by the U.S Principal Deputy Assistant Secretary Alice G wells instead of Zalmay Khalilzad, the release of the American and Australian professors of the American university of Afghanistan, held by the Haqqani’s was demanded. After a thorough debate with Yahya Haqqani, the principal  representative of operational commander of Haqqani group, and Siraj Haqqani aka Khalifa, it was decided in principle that the release shall only occur if in return commanders like Haifz Rashid, Haji Mali Khan, and Jalaluddin Haqqani’s younger son, Anas Haqqani will be released as well. Other points of authority were also cemented like the abolishment of U.N black list which blocks the Taliban leaders from international travels, and the recognition of the Taliban’s Qatar political office by the international community.

All of the aforementioned points pertained to the Americans were to be sorted out with them. The questions of how shall Afghanistan be run in the case US forces exit completely and how to jell in with the Afghans when the intra-afghan dialogue initiates, were among the issues that were to be discussed. Up till now, it was evident as to what the red lines are, how to go about them, concessions that the Americans can give when it comes to running the state, and the mechanism that the Taliban are equipped with. These questions when posed put this scribe host at unease and it visibly exposed a fractural faulty homework since they themselves lacked a clarity of mind. This clearly showed that no homework has been done in this regard and the only focus up till now has been on a full-blown effort focusing on gaining concessions from the Americans.

The most prized discussion that came between the top notches of the Taliban was, the future of the status of afghan forces after the withdrawal of the U.S and allied forces. On this issue, till this date, a complete split is on the cards amongst the Taliban which was evident during the talks with Zalmay Khalilzad. At times, the word comes out that the Afghan forces are to be sent packing, while at other instances it is revealed that Taliban troopers shall be amalgamated into the Afghan forces and they stand as of today with their statuses intact; such approach clearly illustrates a confused state of affairs.

At the time of asking for a formal goodbye, it was clearly envisaged by this scribe that the Taliban are almost uninformed about Afghanistan’s constitution and its Islamic provisions, what should the law of the land be if the present law is unacceptable to them, and through which mechanism should the economy be run, especially with the world financial system standing on total interest rates which Islam strictly prohibits. For the Taliban, they require an unequivocal span of time to work upon this and prepare themselves for the present day world order; to bring in more technocrats within their fold to understand the dynamics of the government institutions since they themselves repent for not having men of worldly knowledge. That is why they recently stated that they were only interested in the exit of foreign forces rather than running the state.

All that the Taliban have right now is time, and they are the only party at ease in these peace talks since the U.S, its allied partners, and the Afghan government is under immense pressure due to the time factor. With time being on their side, the Taliban might be able to get the required results but the lack of homework to support the running the state would be a misfortune.