The Thermonuclear Secrets of Challakere 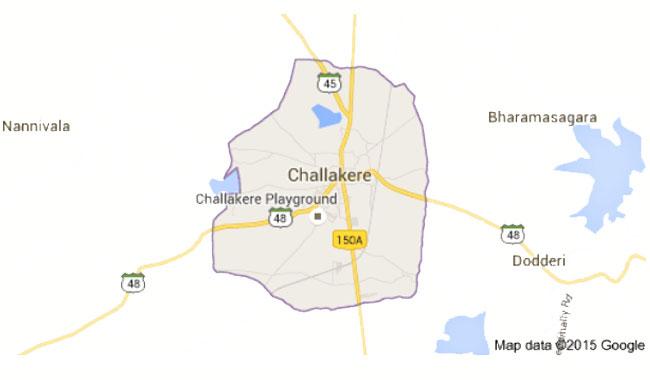 The US Foreign Policy magazine had recently reported that India had built two top-secret facilities in Karnataka to enrich uranium in pursuit of its hydrogen bomb plans. Ostensibly, at Challakere, Karnataka, South Asia’s largest military-run complex of nuclear centrifuges, atomic-research laboratories and weapons and aircraft-testing facilities, the stated aims of the project are to “expand the government’s nuclear research, to produce fuel for India’s nuclear reactors, and to help power the country’s fleet of new submarines.”

However, international experts, especially Adrian Levy, believe, “this new facility will give India a nuclear capability — the ability to make many large-yield nuclear arms — that most experts say it presently lacks.”

Levy further says that another of the project’s aim is “to give India an extra stockpile of enriched uranium fuel that could be used in new hydrogen bombs, also known as thermonuclear weapons, substantially increasing the explosive force of those in its existing nuclear arsenal.”

Another nuclear expert, Robert Kelley, after extensive research, has declared that India was pursuing a larger thermonuclear arsenal, which is the most lethal weapon in history. He warned that its development “will inevitably usher in a new nuclear arms race” in the region.

Robert Kelley has been a former project leader for nuclear intelligence at Los Alamos and also served as the director of the Iraq Action Team at the International Atomic Energy Agency (IAEA). He was quoted by a report as saying that “having analyzed the available satellite imagery, as well as studying open source material on both sites, he believed that India was pursuing a larger thermonuclear arsenal. He warned that its development will inevitably usher in a new nuclear arms race in a volatile region.”

Similarly, a former White House coordinator for arms control and weapons of mass destruction, Gary Samore, has stated: “I believe that India intends to build thermonuclear weapons as part of its strategic deterrent against China.”

The Chinese had successfully tested a thermonuclear weapon in 1967 and have reportedly improved on its design. Earlier, India also claimed to have detonated a thermonuclear bomb on May 11, 1998 in the so-called Operation Shakti-1. However, most analysts, including Indian themselves, have questioned the yield of the test and many believe it was an utter failure. The director of the test site preparations admitted that the yield of the thermonuclear explosion was lower than expected and it had fizzled.

So far, few in the international media and strategic experts have noticed the threat and strategic implications posed to the region by new Indian facilities at Challakere. There has been silence on the Indian government’s front, with no explanations how the highly enriched uranium produced at the site will be used. Also, few people in the US and Europe truly understand about the storage of Indian weapons, how they are transported and secured.

It should be noted that the Nuclear Threat Initiative, a nonprofit organization that is headquartered in Washington, had put India’s nuclear security practices at the 23rd spot among 25 countries in January 2014. That was only above Iran and DPRK. With this kind of track record, the rationale forwarded by supporters for India’s NSG membership is mind-boggling, the assertions premature and against the current regional security dynamics.