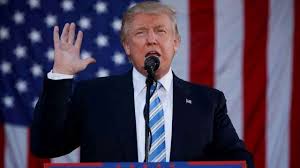 The administration of President Donald Trump has decided to disband a federal advisory panel on climate change – in a further sign of the White House’s view on environmental policy.

The panel is part of the National Climate Assessment, a group aimed at helping officials and policy makers integrate the US Government’s climate change analysis into their long-term planning.

A mandate for the 15-member Advisory Committee for the Sustained National Climate Assessment is set to expire on Sunday, and will not be renewed.

The acting administrator for the National Oceanic and Atmospheric Administration (NOAA), Ben Friedman, is said to have informed the committee’s chair that the agency would not renew the panel, according to a report in The Washington Post.

The National Climate Assessment is supposed to be released every four years, but it has only been put out three times since 1990, when a law calling for such analysis was created.

The advisory panel, made of up of academics and local officials – is supposed to help translate the analysis provided by the assessment into concrete proposals and guidance for local authorities.

The next National Climate Assessment is due for release in 2018, but a document expected to be a key part of the assessment is currently under review by the Trump administration.

The report, known as the Climate Science Special Report, finds it is “extremely likely” that more than half of the rise in temperatures over the past four decades has been caused by human activity – in contrast to some of Mr Trump’s cabinet members’ views, who consider the magnitude of that contribution to be uncertain.

The draft report – which was leaked – estimates that human impact is responsible for a increase in global temperatures of 1.1 to 1.3 degrees Fahrenheit from 1951 to 2010.

As for disbanding the committee, its chairman thinks it is a bad idea. “It doesn’t seem to be the best course of action,” Richard Moss, an adjunct professor in the University of Maryland’s Department of Geographical Sciences, told The Washington Post.

“We’re going to be running huge risks here and possibly end up hurting the next generation’s economic prospects,” Mr Moss said, referring to infrastructure projects that might rely on the analysis.

However, the NOAA said in a statement that “this action does not impact the completion of the Fourth National Climate Assessment, which remains a key priority.”