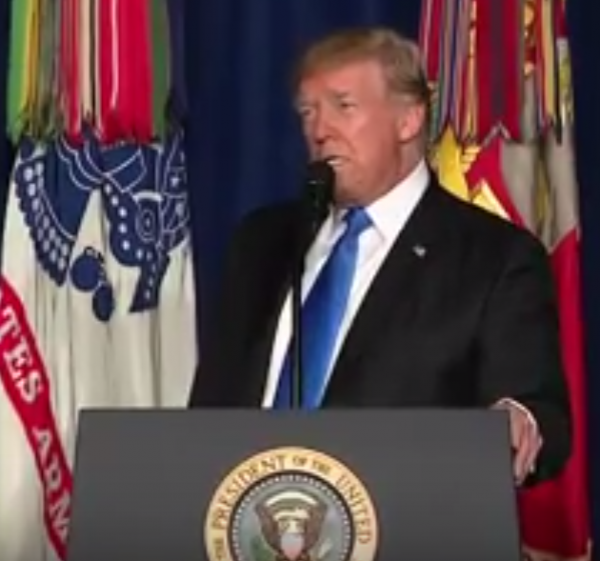 Under the headline, “Former Special Forces Officer: If We Withdraw From Afghanistan, ISIS Will Move In,” Fox News identified a problem, but not the proper scale of that problem nor the appropriate solution.  What’s more, the implicit policy recommendation that comes with that framing of the issue is to support the president’s plan to send more US troops to the region. The president himself made a similar point in saying, “a hasty withdrawal would create a vacuum for terrorists, including ISIS and Al-Qaeda, would instantly fill just as happened before Sept. 11.” In reality, the president’s approach will more likely produce the opposite of its intended effect.

The problem, properly specified, is that ISIS is already in Afghanistan, but that itself is not so alarming when you take a broader set of considerations into account. More concerning is that having US ground forces as the target and the renewed perception of an occupying power or at least one dictating terms to national governments and their populations will attract more ISIS fighters and other terrorist groups to the region.

This has been a well-established pattern for the past sixteen years.

The critical question in US security terms is our old safe haven/sanctuary debate. The key issue: Does terrorist presence in Afghanistan and Pakistan increase US vulnerability to terrorist attack at home?

That concern applied to some degree before 9/11, when Al-Qaeda had training camps churning out large numbers of terrorists.  At same time, it bears noting that the 9/11 attack was not hatched in Afghanistan but rather in Hamburg and Madrid, where a terrorist cell attending Hamburg Polytechnic Institute planned its operation and cased its targets in the United States well in advance of the attack.

The world has changed so significantly since 9/11 that it’s no longer a reliable yardstick to cite the existence of safe havens or sanctuaries as a prime factor in the terrorist threat to US national security. In terms of planning and conducting another 9/11-style attack, it would almost certainly not come at us from the AfPak region, but instead from a less volatile and more stable “sanctuary” such as East Asia, Europe, Africa or Latin America, where no drones fly and the heavy hand of security is less intrusive.

At bottom, the important point is in a world of vastly increasing ungoverned territory which can be classified as “denied areas,” free from control by the United States and other counter-terrorism forces, there is nothing particularly unique about Afghanistan in today’s world.  Elements in that country are, instead, more remote and less likely to threaten US interests outside their own territory compared to many other locations in the world from which true threats to the US homeland can be projected.

This analysis holds true unless we are talking history, in the sense of the United States’ having a bloody history in Afghanistan that is hard to let go of for emotional rather than substantive reasons.

It is ironic that when President Trump finally made his first major foreign policy decision, he ran with the advice of his “cooler heads” — the Generals he admires — over his own instincts to cut US losses and get out of this jungle.  In extending US involvement in Afghanistan for the narrower purpose of battling the Taliban, Al-Qaeda, ISIS and associated groups, every US soldier killed and wounded in Afghanistan from this day forward becomes in effect a casualty of the scourge of terrorism the president is determined to thwart.

The United States understood its limitations in imposing its will for the long term in Afghanistan during the weeks and months after 9/11, when the US military and intelligence hybrid war dealt a defining blow to the Taliban – and then the US essentially exited the country, preserving our gains. What has changed during the past sixteen years to think the United States can achieve anything meaningful in Afghanistan now, which it could not achieve by the end of 2001 when the Taliban was toppled?  The most troubling aspect of offering this outline for US military involvement in Afghanistan going forward is that our president seemed to offer it without conviction. In so doing, Mr. Trump sounded reminiscent of President Obama when Obama betrayed his own doubts in announcing his Afghanistan surge at West Point in 2009. With this line of thinking, Afghanistan is to be Trump’s first war but not likely his last.