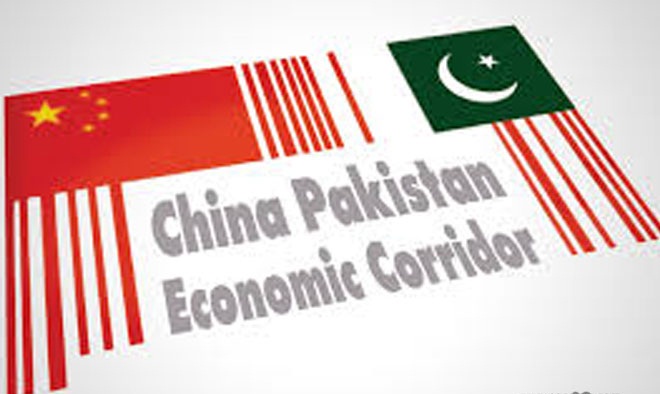 Pakistan and China’s China-Pakistan Economic Corridor project has officially become a hot topic around the world. The U.K. and Romania are reportedly ready to join the $46 billion project, which is already being called a game-changer for the region. Meanwhile, countries from all around the world view CPEC as a lucrative investment opportunity.

British High Commissioner in Pakistan Thomas Drew said the U.K. is keen to become part of the CPEC project, according to Pakistan Today. Drew told reporters at British Embassy in Islamabad that it would be “a great pleasure” for his country to join the multi-billion dollar project. He also noted that Pakistan and the U.K. share a long 70-year-old history of bilateral relations.

Drew’s comments come amid reports that the British government has been encouraging British companies to invest in several CPEC projects, a move that has already angered India, Pakistan’s traditional enemy which has locked horns with the South Asian country over the Kashmir issue.

The Indian press expressed their country’s reservations on the U.K. in connection with its continued support of CPEC. There had been numerous reports that the U.K. is interested in investing in the project, but the nation formally expressed its interest in the project during the visit of Alok Sharma, the British government’s Minister for Asia and the Pacific, to Pakistan in early January.

Romania keen to join CPEC and invest in Pakistan

The U.K. is not the only European nation that is keen to join CPEC. According to the Pakistani media, the seventh most populous member state of the European Union is also keen to become part of the highly-lucrative project.

According to sources cited by The Nation, Romania is currently in talks with Pakistan about it. In fact, the two sides are said to be close to reaching a deal for investment in the South Asian country. When asked if Romania has formally submitted a request to join the China-Pakistan Economic Corridor, one of the sources said he could not disclose that information at the moment.

Romania is reportedly interested in investing in numerous sectors of Pakistan, including the military, oil and gas sectors. But most notably, the EU member with a population of nearly 20 million is keen to invest in Pakistan’s automobile sector by introducing its Dacia car in the country. Dacia is Romania’s top company by revenue and by far the country’s largest exporter.

Amid a heated speculation over Russia’s possible involvement in CPEC, a move that would further unite the China-Russia-Pakistan superpower triangle, political analysts are discussing Moscow’s potentially big role in the project. When the Global Times, which is published under the ruling of China’s Communist Party newspaper, said Beijing was eager to see Moscow join its joint project with Islamabad, it offered a series of reasons why Russia’s involvement in the project would benefit the three nations.

Li Xing, author of the article in question, wrote that Russia’s joining CPEC could further boost the nation’s cooperation with China and enhance future multinational cooperation between China, Russia and Pakistan. But Beijing could also have other motives in luring Moscow to invest in the project.

China’s eagerness for Russia to become part of the China-Pakistan Economic Corridor could be an attempt to use Russia to appease India, which has been an outspoken critic of CPEC and claims control of a crucial territorial part of the territory for the project. China places big importance on CPEC, as it’s said to be part of the country’s plans for the next era of globalization.

Beijing also views its joint multi-billion dollar project with Pakistan as the express link between Western China, the Middle East and Africa. But if India blocks CPEC, it could be a major deal-breaker for both China and Pakistan. CPEC passes through Pakistan regions claimed by New Delhi.

Since neither Beijing nor Islamabad is in good relations with New Delhi, they could use Russia’s help to make peace with India. Russia has been a close ally and strategic partner of India for decades, and it also remains India’s top weapons supplier.

Can Russia make peace between India and Pakistan to save CPEC?

Although Russia has recently built warmer ties with Pakistan, its Cold War-era rival, it remains particularly close to India. While Russia has made a series of anti-India diplomatic and military moves in the past few months, it could still broker a long-awaited peace deal between India and Pakistan, a move that would save CPEC.

Many political experts say the China-Pakistan Economic Corridor is good not only for China and Pakistan but also for the entire region. In other words, India could also largely benefit from the multi-billion dollar project.

For now, there is a good chance Russia could indeed get involved in CPEC. Last Saturday, Pakistani Federal Minister for Planning, Development and Reforms Prof. Ahsan Iqbal said Russia has shown interest in joining the project. Describing CPEC as a well of great opportunities for centuries to come, Iqbal said several European countries, including the U.K. and Russia, and some Central Asian countries are keen to be part of it.

While most political experts are discussing the benefits of CPEC for China, let’s not forget that Pakistan also greatly benefits from the project.

Pakistan’s GDP growth is expected to increase to 5.7% in 2017 amid investments in CPEC. The Public Sector Development Program (PSDP) is also expected to grow in size in light of the project, which is said to have the potential to create 2 million direct and indirect employment opportunities.

Thanks to CPEC, the Pakistani government added 386 megawatts of power to the national grid system to prevent cuts of electricity supply in 2016. In 2017, Pakistan plans to ensure uninterrupted supply of electricity by adding 2,500 more megawatts, a move that is said to influence employment prospects in the nation’s economy.

More importantly, CPEC will create a number of new economic projects between Pakistan and China, further boosting their bilateral partnership.