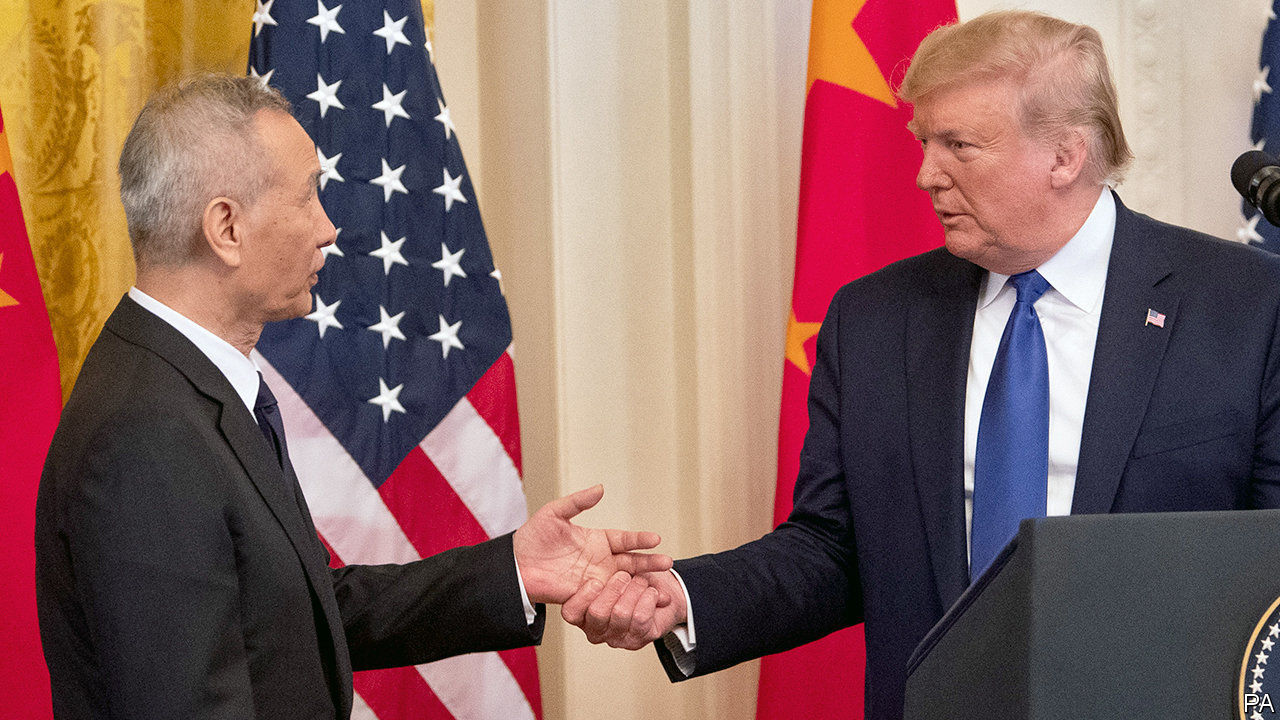 Over the past 17 months America and China have been trading blows through tariff on goods. The United States of America has imposed 25% tariff on every single Chinese product in US and that will further increase in future, the impact is being felt on industries worldwide. Whereas China decreases its imports from US. But recently a good step has been taken from both the countries in the form of “Trade Agreement”.

The US and China signed a historic trade deal on 15th January 2020 and this deal could lead the future relation between both the countries. Both the countries are head-to-head from past couple of months and facing trade conflict, there are many circumstances when two world economic powers are creating hurdles for opponent. The deal that has been signed now could give relief to both the states.

Last year the president of the United States of America, Donald Trump, faced many challenges from the opposition to tough re-election bid. Mr. Trump called this deal as a “momentous” whereas the tariffs on the Chinese products in the US will stay the same leaving the Chinese product consumers with bare hands in the US. The deal was signed between Mr. Trump and Chinese Vice premier Lui He, who was negotiating with the representative of the US Robert Lighthizer and Treasury Secretary Steven Mnuchin.

This trade deal consists of different phases: Phase “one” includes that China have to purchase different products including the crops and technical Equipment’s (technology) that will boost the American interest, as china is having a market of over a billion people. The US is always adopting the protectionism policies and constantly choosing self-interest over everything.

In the signing ceremony Mr. Trump said, “Today, we take a momentous step, one that’s never taken before with China,” that will ensure “fair and reciprocal trade.” The acceleration on trade boosted up the stock market rates around the globe, people are observing all this through the eyes of economics and expecting that the US will remove the tariffs from Chinese products in the future. Furthermore, he said thanks to Mr. Xi Jinping for his enormous effort in negotiation. It is the time to visit China for additional “Bilateral Agreements.” But he also said he will only remove tariffs “if we’re able to proceed towards phase “two.” “I’m leaving them on. Otherwise we have no cards to negotiate with.”

According to the reports, Trump Administration compelled Beijing to import an additional $200 billion in US products over two years, above the levels purchased in 2017, this was the time when Trump administration have not adopted offensive policies towards China, including an additional $32 billion in agricultural goods. Trump pointed the trade pact as a trade boon for the people in the field of agriculture, especially farmers who have been the victim of tariff war. The deal includes significant commitments from China to buy agricultural products, as well as airplanes, pharmaceuticals and oil and gas.

Analyst say that The US-China phase-one deal is essentially a trade truce, with large state-directed purchases attached. On the other hand, economists giving their views by saying “we will continue to see the impact of this in slower investment and higher business costs.” The deal was signed at the time when US is thinking to implement more tariffs on Chinese goods and this deal delayed that crucial phase for Chinese.

Although the American Business man and famers will get all the benefits from this trade deal. US can get bit relief after this agreement because in the previous year the US gave $16 Billion to the US farmers to compensate in China- US trade war. China is only agreeing to make purchases for the next two years and is vague about what happens after. The agreement says, the countries “project that the trajectory” of increased purchases would continue through 2025.