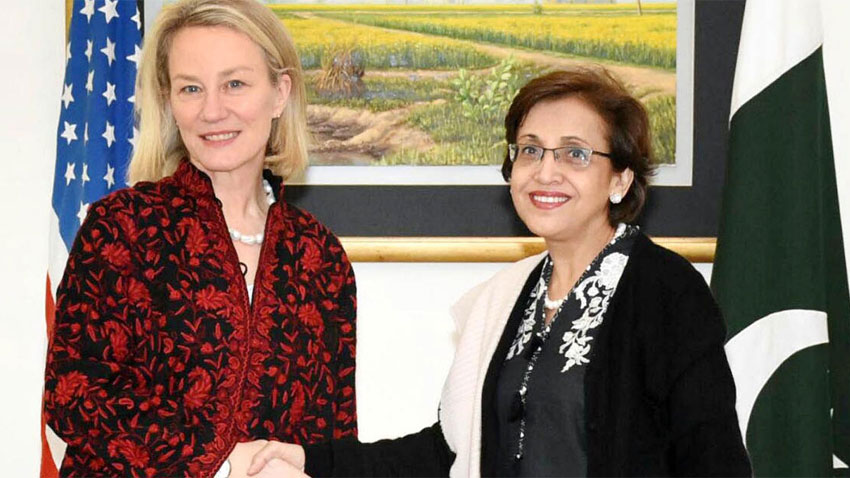 The US Department of State’s Bureau of South and Central Asian Affairs Principal Deputy Assistant Secretary Ambassador Alice Wells on Tuesday said that the US seeks to move toward a new relationship with Pakistan.

In her meetings with different Pakistani officials, she said that the new relationship should be based on mutual interest in realising a stable and prosperous region, according to a press statement issued by the US Embassy in Pakistan.

Acknowledging Pakistan’s considerable sacrifices in fighting terrorism, Wells emphasised that the US South Asia strategy represents an opportunity to work together for the establishment of a stable, peaceful Afghanistan, the defeat of Daesh in South Asia, and the elimination of terrorist groups that threaten both Pakistan and the United States.

Earlier on Monday, top US military officer Marine General Joseph Dunford had said he was committed to the US-Pakistan relationship, which has been strained in recent weeks as Washington piles pressure on Islamabad to crack down on militants.

“Do we agree on everything right now? No we don‘t. But are we committed to a more effective relationship with Pakistan? We are. And I‘m not giving up on that,” Dunford, chairman of the Joint Chiefs of Staff, had told a small group of reporters during a trip to Brussels.

The United States has long blamed militant safe-havens in Pakistan for prolonging the war in neighbouring Afghanistan, giving insurgents a place to plot attacks and rebuild their forces.

Pakistan is a crucial gateway for US military supplies destined for US and other troops fighting a 16-year-old war in Afghanistan.

Earlier this month, US President Donald Trump’s administration, demanding ‘do more’ from Pakistan, had announced a plan to suspend up to roughly $2 billion in US security assistance.

An outcry was triggered in Islamabad following Washington’s statement. Pakistan’s military had said its army chief told US General Joseph Votel, head of the US military’s Central Command, that Pakistan “felt betrayed” by US criticism.