Warning: "continue" targeting switch is equivalent to "break". Did you mean to use "continue 2"? in /var/www/pakistanhouse.net/public_html/wp-content/plugins/gravityforms/common.php on line 1121

Warning: "continue" targeting switch is equivalent to "break". Did you mean to use "continue 2"? in /var/www/pakistanhouse.net/public_html/wp-content/plugins/gravityforms/common.php on line 1158

Warning: "continue" targeting switch is equivalent to "break". Did you mean to use "continue 2"? in /var/www/pakistanhouse.net/public_html/wp-content/plugins/gravityforms/common.php on line 1162

Warning: "continue" targeting switch is equivalent to "break". Did you mean to use "continue 2"? in /var/www/pakistanhouse.net/public_html/wp-content/plugins/gravityforms/common.php on line 1186

Warning: "continue" targeting switch is equivalent to "break". Did you mean to use "continue 2"? in /var/www/pakistanhouse.net/public_html/wp-content/plugins/gravityforms/common.php on line 2855

Warning: "continue" targeting switch is equivalent to "break". Did you mean to use "continue 2"? in /var/www/pakistanhouse.net/public_html/wp-content/plugins/gravityforms/common.php on line 2862

Warning: "continue" targeting switch is equivalent to "break". Did you mean to use "continue 2"? in /var/www/pakistanhouse.net/public_html/wp-content/plugins/gravityforms/common.php on line 2875
 When Moscow Plays War Games, It Thinks a Few Steps Ahead - Pakistan House
Skip to content

When Moscow Plays War Games, It Thinks a Few Steps Ahead 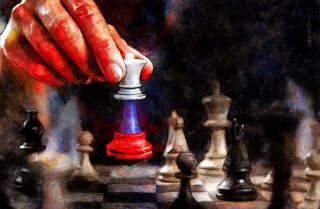 In  the grand standoff between Russia and the West, one of the strategic messages that Moscow regularly sends its adversaries comes by way of military drills. The Zapad exercises are the highest profile war games Russia plays. And since their inception in the mid-1970s, the drills — whose name means “west” in Russian — have served as a reflection of the relationship between Moscow and its Western counterparts and as a preview of future military actions and techniques.

From Cold War Training to Signs of a Russian Resurgence

The Zapad exercises began during the Soviet era as a way for Moscow to test new weapons systems, smooth out interoperability among Warsaw Pact members and display its military might. According to the North Atlantic Treaty Organization (NATO), the drills hit their peak in 1981 when between 100,000 and 150,000 Soviet personnel engaged in exercises simulating the invasion of Germany and the deployment of nuclear strikes against the West. The pace and intensity of the drills dropped off after the collapse of the Soviet Union, though they continued at sporadic intervals. But in September 2009, just a year after the Russia-Georgia war formally marked Moscow’s resurgence as a regional power, the Zapad exercises returned as a more regular event, this time held jointly with Belarus. The two countries have partnered in the drills ever since.

In their first year as a collaborative effort, the drills were the largest joint exercises Russia had conducted in the post-Soviet era. Official statements declared that 12,500 military personnel (7,000-8,000 from Belarus and 5,000-6,000 from Russia) participated in the 2009 exercises, which involved tanks, armored vehicles, artillery, 100 combat aircraft and 20 warships. The exercises took place in the critical area surrounding the Baltic region and simulated not only an invasion of Poland but also a tactical nuclear strike on Warsaw, raising concern among NATO member states. The Western military bloc scrambled to send German fighter jets to intercept a Russian radar plane when it flew close to Estonian airspace during the drills.

Russia and Belarus held the next Zapad exercises in September 2013. Expanded to include all branches of Russia’s military as well as rapid reaction units from the Collective Security Treaty Organization (CSTO), the drills likely were considerably larger than the previous exercises, although the exact numbers are up for debate. (Official accounts reported just 12,000 participants, but Western military officials said off the record that at least twice as many military personnel were involved.) The exercises simulated an attack by “Baltic terrorists” on Belarus that led to a mixed air, naval, and urban warfare response. And as had become custom by that time, they ended with a mock nuclear strike, this time against Sweden. More important, Russia employed many of the same tactics it tried out in the 2013 Zapad exercises, including the use of unmanned aerial vehicles, when it got involved in the conflicts in Ukraineand in Syria over the next two years.

Today, tensions between Russia and the West are riding high as the next Zapad exercises, slated for Sept. 14-20, approach. The United States and NATO built up their forces along the European borderlands after Russia annexed Crimea and began backing Ukrainian separatist forces in 2014. The West deployed continuous battalion rotations of 1,000 troops to the Baltic states and Poland and increased its presence in the Black Sea. Russia, meanwhile, beefed up its own forces along the borderlands and boosted its security support to regional allies and breakaway territories. Now that Washington has expanded its sanctions against Moscow — and the Kremlin has promised an “asymmetrical” response — Russia is looking to use this year’s military drills to send a message to the West.

Western observers expect the upcoming Zapad exercises to be the largest since the joint format was adopted. Some NATO officials have estimated that more than 100,000 military personnel could participate, and though that figure is likely exaggerated, the number of troops involved will almost certainly exceed the Russian estimates of 12,000-13,000. Officials from the nearby Baltic states have expressed concern about Russia using the drills to establish a permanent military presence in Belarus in response to NATO’s buildup in the region. Ukrainian officials sounded the alarm over Moscow’s planned use of air defense systems at their country’s border with Belarus. And former Georgian President Mikhail Saakashvili even warned that Russia would “annex” Belarus during Zapad.

Establishing a permanent base in Belarus or, for that matter, appropriating the country would fall well within Moscow’s hybrid warfare strategy toward the West. Even so, neither scenario is likely. Minsk already is one of Moscow’s strongest security allies, serving as a member of the CSTO and the Russia-Belarus Union State. Consequently, Russia has little to gain from annexing Belarus. The prospect of a permanent Russian military base in their country, moreover, is unpopular among Belarusians. Protesters in the former Soviet state took to the streets when Moscow was rumored to be establishing an air base in the Belarusian city of Lida, and President Aleksander Lukashenko has opposed a permanent Russian presence. (Instead, Lukashenko prefers strengthening his country’s security ties to Russia through pursuing joint air defense initiatives and purchasing Russian fighter jets.)

Similarly, Russia probably won’t use Zapad 2017 as a cover to launch offensive actions in Ukraine or the Baltic states. Invading the Baltics would violate NATO’s Article 5, and indirectly supporting the conflict in eastern Ukraine is a much less costly endeavor for Russia than directly invading the country would be. What’s more, dozens of NATO countries — including those in the Baltic region — have been invited to observe the exercises; Russia is unlikely to make any bold offensive gambits before such a large and wary audience. Nonetheless, by emphasizing the size, significance and potential risks of the Zapad exercises, the Baltic states have managed to secure additional Western support — a strategic maneuver on their part. NATO pledged to increase air policing in the region, Washington announced it would deploy a company of airborne troops to Estonia, and U.S. Vice President Mike Pence said the United States was considering deploying missiles to the Baltics.

But even if Russia refrains from making dramatic or threatening moves during the Zapad exercises themselves, it can still use them to set up future military actions. Russian troops may well leave behind military assets and weapons systems in Belarus after the drills’ conclusion that would help shore up Moscow’s security position in the region. Russia also could maintain a heightened troop presence in its exclave of Kaliningrad or in the western parts of its vast territory — less politically contentious areas — after Zapad winds down. With all the Western attention on the Zapad drills, moreover, the Kremlin could take the opportunity to prepare forces for military escalations in existing conflicts, such as the one in eastern Ukraine.

The Zapad exercises won’t result in the annexation or offensives that Ukraine and the Baltic states fear. They will, however, serve the symbolic and practical functions of responding to the West and setting Russia up for future moves. The drills doubtless will contribute to the military buildup already underway between Moscow and the West, while offering valuable signs of how and where Russia intends to wield its military might next.