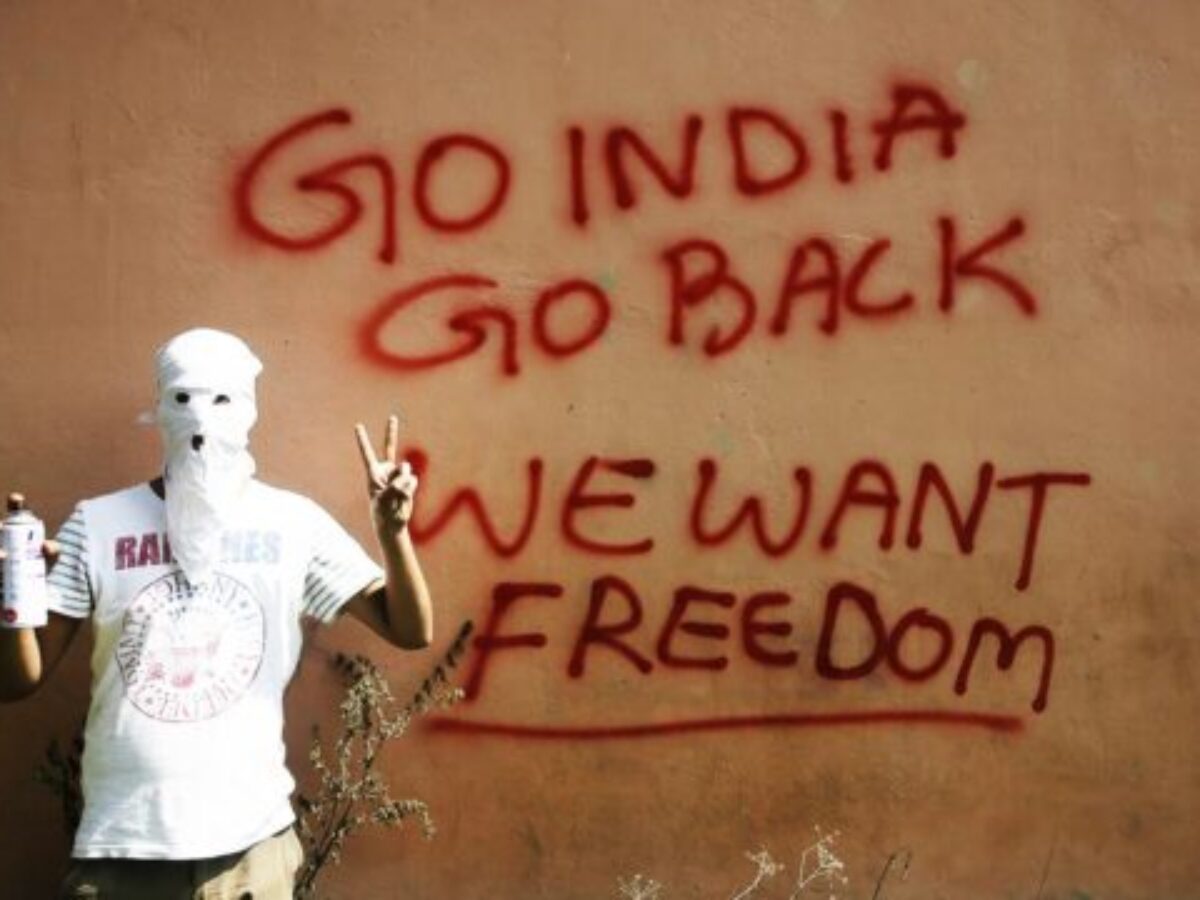 Kashmir has been a flash point between Pakistan and India. The reason is that the partition plan was not implemented in its letter and spirit.  The partition plan of Indian sub-continent, under the formula of, that is, Kashmir was required to accede either with India or Pakistan and then Maharaja of Kashmir acceded with India despite Kashmir being Muslim majority which favored Kashmir to be a part of Pakistan geographically since the beginning. India being obnoxious as ever enforced war on the valley of Kashmir to keep them from getting what they truly deserved- Freedom and Autonomy. India has never been concerned with the catastrophic outcomes of war in waging and maintaining it, but it has been blinded with the vile idea of gaining power over region to weaken Pakistan.

Unfortunate Kashmiris could not get the taste of freedom and sovereignty due to the constant tug of war between India and Pakistan, the two nuclear powers, for past several years. One giant reason for why the relationship between both the belligerents has always been under hot waters is India’s use of coercive measures against Kashmiris to keep them repressed, to deny their right of self-determination and to keep undermining any bilateral or multilateral solution to the issue. The earthly paradise has turned into a valley of dead bodies of the loved ones, bullets, blood and women of all age groups who have been physically violated by Indian soldiers.

It has always been the major approach of Pakistan to resolve Kashmir issue through UNO Resolutions to ensure the natural right of freedom of Kashmiris and to save them from further Indian atrocities. However, Pakistan rejected the UNHC Resolution number 47 that suggested Pakistan to withdraw its forces from Kashmir because of Indian approach of crushing innocent Muslim Kashmiris in order to maintain power over them. India has always been a fixed believer of war and genocide, it never really participated in finding any solution to the issue with clean heart and mind rather it has always taken defense under ferocious and intimidating methods which has further fractured the fabric of the Kashmiri society. India wants to bring Kashmiris, who have sacrificed to an unimaginable level to secure their right to freedom, on their knees through the projection of power.

Pakistan has successfully managed to keep the issue of Kashmir internationalized for past several decades to bring the attention of others influential countries towards India’s unrealistic and barbarian behavior regarding Kashmir. Few States of the international community have become blind, deaf and mute in fear of protecting their trade benefits with India since it’s a big market. Pakistan has tried numerous time on regional and international forums to discuss the matter and bring out the best alternative solution but India despite showing willingness to have dialogues restrains from doing so by constantly accusing Pakistan of being involved in terror activities and buys time to uptight its hold on Kashmir.

If the world pays close attention to the local grievances it will be quite evident that the Kashmir is not just some territorial issue between two strong-headed States, but it is more of a political issue which requires a political solution because it involves the people of Kashmir who are the rightful owners of their piece of land. All the rightful representatives are either jailed or killed to minimize the intensity of freedom movement led by agitated Kashmiris.

The constant atrocities, unfair treatment of the people of Kashmir and the killing of young freedom fighter Burhan Wani whose brother was also killed for no reason by Indian soldiers have escalated the intensity of freedom struggle and movement. India has never failed to violate the ceasefire agreement along the Line of Control and the violent responses have increased since the PathanKot incident followed by the Uri attack and Pulwama episode. India blamed Pakistan for conducting those attacks before even inquiring and successfully politicized the attack to gain more public sentiments which eventually helped the already ruling hardliner party of BJP under Narendra Modi to bag more votes to secure second term as Prime Minister of India.

Both the belligerents need to realize that military or coercive measures are not the solution rather it will further fragment the Kashmiri society. Dominance of one group over the other can never ensure human security that is mostly needed to comfort Kashmiris emotionally as of now. This is high time that Pakistan convinces India to have result oriented dialogues because BJP has majority in the Upper House and bill can be passed with a vast majority that can benefit the people of Kashmir and help them being a part of normally functioning States as well as the relationship between India and Pakistan will also improve. Ex-President of Pakistan and CoAS General Pervaiz Musharraf suggested a solution to this issue to have productive dialogues with India that Kashmir should be demilitarized and people from both sides should have the liberty to move and participate in economic activities. If not independence, autonomy should be given.

Kashmir needs a tripartite solution including Pakistan, India and people of Kashmir. The leadership responsible for carrying out solution from all three sides should have the exact knowledge of the problem. India need to realize that turning Kashmir issue into religious radicalization and promoting nationalism to fuel already brewing tensions will not bring any stability to the region. Kashmir’s president Sardar Masood Khan mentioned with a heavy heart that unarmed and innocent Kashmiris with only stones and sticks in hands are standing firm against 700,000 fully armed Indian forces, how is this even justified in the eyes of so-called secular and democratic State of India?

Joint machinery needs to be established to maintain law and order situation and to conserve political, educational, religious and humanitarian rights in Kashmir. UN Resolutions should be used as a tool towards making Kashmir stable and secure for its people. Being major stake holders, India and Pakistan have the authority to make the quest of finding solution complex or humble by working together. Funding of the fighters cross-borders on both sides should be stopped to promote peace, security and development of the people who have been kept deprived of all these for so long just because they belong to a “disputed territory.” The whole nation is being taken for granted which is not and should not be acceptable for much enlightened world of today.