Israel had its fourth legislative election in a two-year period to establish a single dominating party rather than a coalition. Despite staying short of a clear parliamentary majority, Netanyahu’s Likud party has remained popular. The recent election results on 23rd March 2021 signified the possibility of another election in the summer to end the political deadlock. While Netanyahu remains popular, protests have erupted in Israel against Netanyahu’s policies and leadership. Critics have also accused Netanyahu of seeking new elections solely for the purpose of gaining enough support in parliament to pass legislation to end the legal proceedings against him. Netanyahu has refuted the charge, as well as any personal involvement in any potential criminal immunity moves.

The candidates who ran in the elections are as follows.

Benjamin Netanyahu – Likud party leader and runs his campaign on hopes to vaccinate the population and normalise ties with some Arab countries. But he is the first sitting prime minister to be indicted and is facing three corruption trials, earning him the title of “Crime Minister”. In his campaign, he has used his vaccination success and is offering one state solution and peace with the Arabs. Then is Naftali Bennet who belongs to the right-wing Yemina party and has criticised Netanyahu’s approach towards the pandemic but is likely to join Netanyahu’s coalition. Another right-wing candidate is Gideon Saar, the leader of New Hope party which supports settlement construction in the occupied west bank and opposes the Iran Nuclear deal. His campaign agenda is similar to Netanyahu’s. Then there is the TV host turn politician, Yair Lapid, the leader of opposition Yesh Atid party. He is considered the main challenger candidate to Netanyahu, even though he has served as a coalition partner in Netanyahu led government in 2013.

Exit polls showed the country remained divided, according to Mr Yohanan Plesner, President of the Israel Democracy Institute, a non-partisan think tank, and a fifth national election remained a viable choice. “At the same time, if Bennett joins his alliance, Netanyahu would be closer than ever to forming a narrow government comprised of the most radical elements of Israeli society,” Mr Plesner said.

On Twitter, Netanyahu remained cautious with his words to declare victory, he said, “It is clear that a clear majority of Israeli citizens are right wing”, expressing the country’s ideological preference. This allows for further analysis on why the citizens are maintaining the stable right-wing government in Israel.

Likud is expected to be the largest party with 30 seats, down from its existing 36 seats. Yesh Atid, the centrist opposition party led by Mr. Yair Lapid, came in second place with 18 seats. Mr. Lapid, 57, had hoped that the anti-Netanyahu bloc would be big enough to depose the veteran leader, who has been in power since 2009. Although, the results appeared in favour of Netanyahu, he would have to stitch together an unlikely coalition that might include Yemina party, Jewish ultra-Orthodox, ultra-nationalist and Arab parties to secure another term. 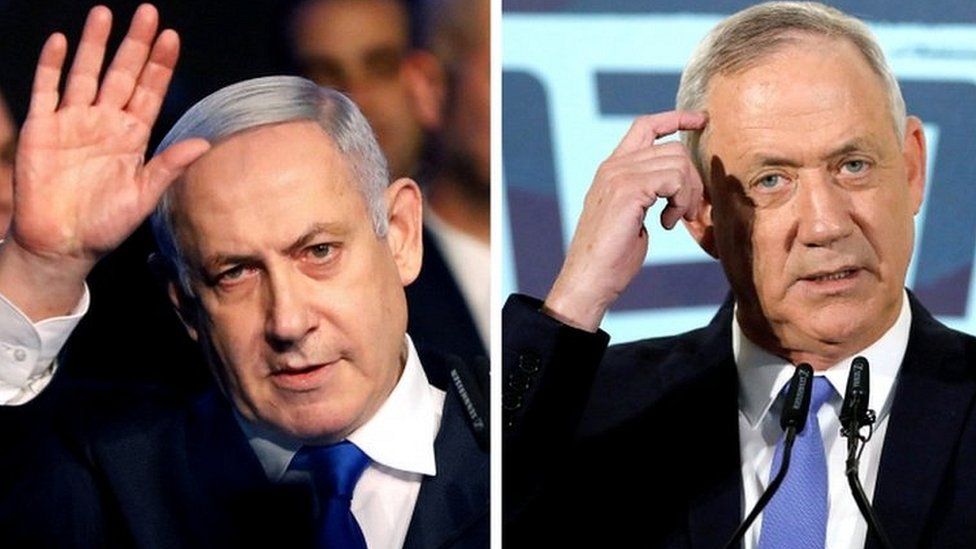 United Arab List (UAL) leader Mansour Abbas has proposed collaborating with Netanyahu to resolve the needs of Israel’s 21 per cent Arab minority – a stance opposed by most Arabs, and which forced Abbas’ faction to break from a coalition of Arab parties ahead of the vote. However, it seems unlikely that Mansour Abbas will be added to the Netanyahu led coalition. Netanyahu may provide Abbas some benefits under Socio-economic development and political representation but not a seat in the government. Although Bennett’s right wing Yemina party is yet to decide if he wants to join Netanyahu’s coalition, there is a good chance that it will. What he has said to the press is that he will do what is good for the state of Israel, which indicates that he will go with Netanyahu and extract a high price from him. Since analysts highlight that Bennett is interested to gain the position of Minister of Justice and to implement changes in the ministry of Justice, it is possible that Netanyahu negotiates a position in the ministry of justice for Bennett. Besides, for helping Netanyahu form a government, he may want a rotating prime ministership as well.

So, what does the new coalition mean for Israel? Since Israel has not had a budget for three years, they need a stable government to revise the 2018 budget. However, the new coalition could be less stable than anticipated, this is because the coalition parties can influence and raise demands from Netanyahu, resulting in a fairly unstable government. Despite Netanyahu being the Prime Minister for the past 2 years, he has not had majority in Knesset supporting his government, resulting in coalitions that have time and gain failed to bring political stability in the country.

Another aspect of Israel’s frequent election is because analysts believe that Netanyahu does not want to loose his power and revisit the corruption charges. He is scheduled to be back in court by the second week of April, possibly as the serving Prime Minister. But since he has not gained enough majority in the Knesset, his influence to revisit the charges may be low. It was anticipated that after winning majority, Netanyahu may replace the court judge who may work in his favour, however, with the new coalition he may feel the threat to be prosecuted on corruption charges.

Israel’s population faces the dilemma to vote for an alternative who is better than Netanyahu, however, the opposition fails to provide such a leader that the population could vote for. It is fair to say that Netanyahu has made great progress to vaccinate the population and end the lockdowns which affected many layers of the society. However, the critical masses of the opposition remined intact and even grew slightly in the past two years. The current polls indicates that Netanyahu has exhausted the electoral pool of which he has been living as Prime Minister.