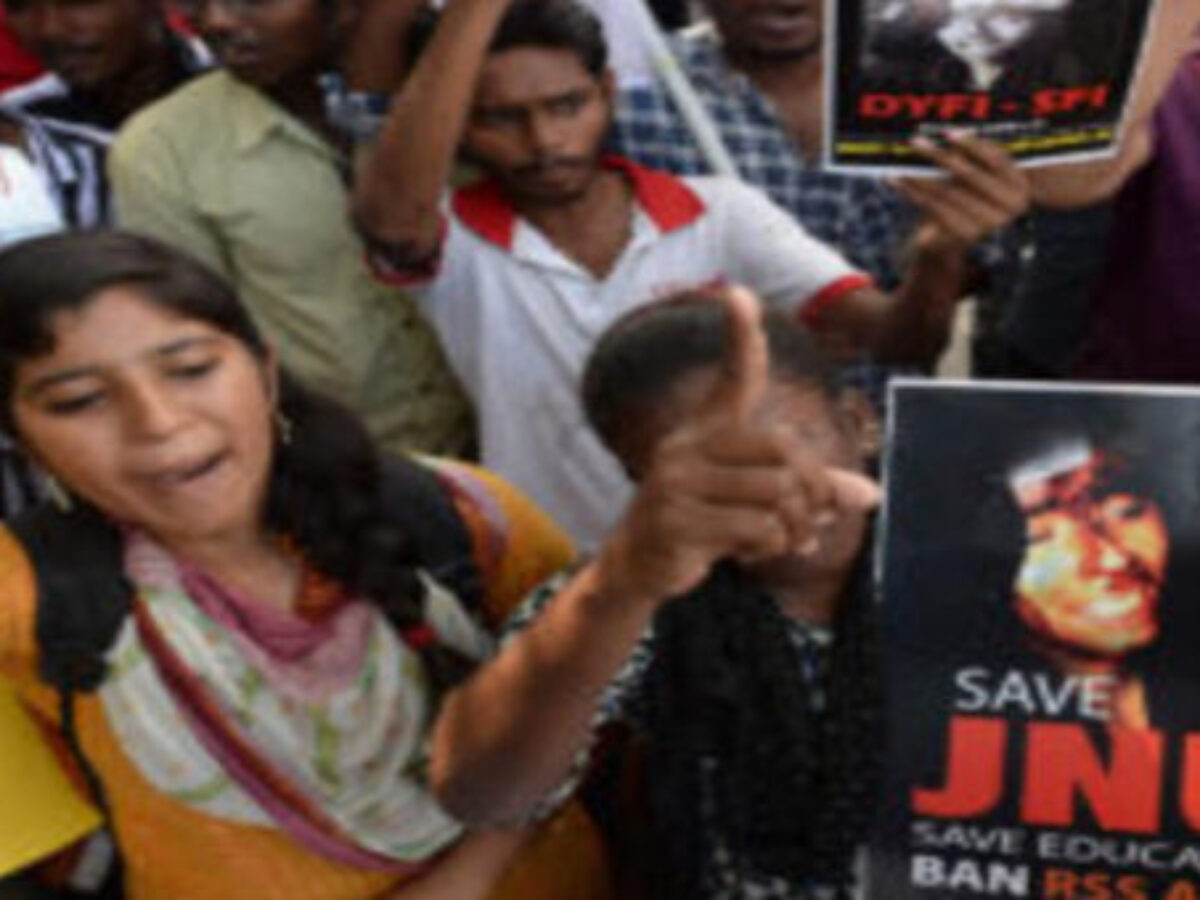 Jawaharlal Nehru University named after India’s first Prime Minister Jawaharlal Nehru became a war zone when a mob with their faces covered having sticks and rods thrashed students causing damage to the property inside the campus. The situation around the campus for the past few days was tense because the students were protesting against the increase in the university fees. Initially before this protest minor fights were reported. Moreover, Teachers Association had organized a peace march in Jawaharlal Nehru University. This was the time when they got attacked by a group of people with their faces covered beating people with rods and sticks creating a chaos in the campus. The incident is the latest in the violent crises in India. The police men were present in numbers that day but when some of the teachers and students were under attack they took their time. Being one of the Elitist University to enter inside one must get the clearance from the security guard so the students and the teachers, who are beaten up are raising their concerns that were the security guards just careless or were the administration of the university complicit in the attack that took place.

On the eve of attack around 50 people including women wearing masks holding iron rods in their hands moved from one hostel to another beating and threating students and teachers. The students who became the victim of this mob target allege that the group that beat them up were not gangsters but were part of Akhil Bharatiya Vidhyarthi Parishad (ABVP) which is a student union affiliated with the Hindu nationalist Bharatiya Janta Party (BJP). The home Minister of the Country who comes from that party has ordered an enquiry and several ministers who have studied in this university have condemned the violence. But the students don’t feel safe anymore as many of them have left their hostels and have gone back homes.

The question that people are now asking is, as there is a sense of disbelief and panic that how such an attack took place. The students are not safe inside their hostels. The students of Jawaharlal Nehru University have been protesting against the controversial citizenship law and also more recently against the proposed fee hike. Amid the violence, on 5th January one picture stands out with a women in check shirt, blue mask on her face and stick in her hand she was seen standing with a section of mob in a corridor. As the videos of the incident went viral, social media exploded with claims that the girl was Komal Sharma.

The question still remains, who were the masked goons who were responsible for beating JNU students? The left blames the ABVP, the right blames the left. Moreover, JNU student Union President Aishe Ghosh, who got injured in violence alleged that “it was an organized attack as they were singling out people and attacking. There was a clear nexus of JNU security and vandals as they did not intervene to stop the violence.” Congress leader Sanjaya Nirupam also raised his concerns about this attack stating that, “What happened in JNU was like a terror attack. The teachers and students were beaten up by masked goons. The way the student power is being suppressed is not good for the country. Every person in Delhi is feeling unsafe.”

The teachers and students claim that there is no doubt that it was a planned and pre-meditated attack in which the private goons from RSS or ABVP attacked the students and police did nothing as if they provided mob the protection. This depicts that the enmity of Modi government to JNU is well known. There are concerns that youth and the students should not be prosecuted to the point where the entire nation stands against the government. The attack took place on live TV which shows that it was an attack of impunity as it can only happen with the support of the government.