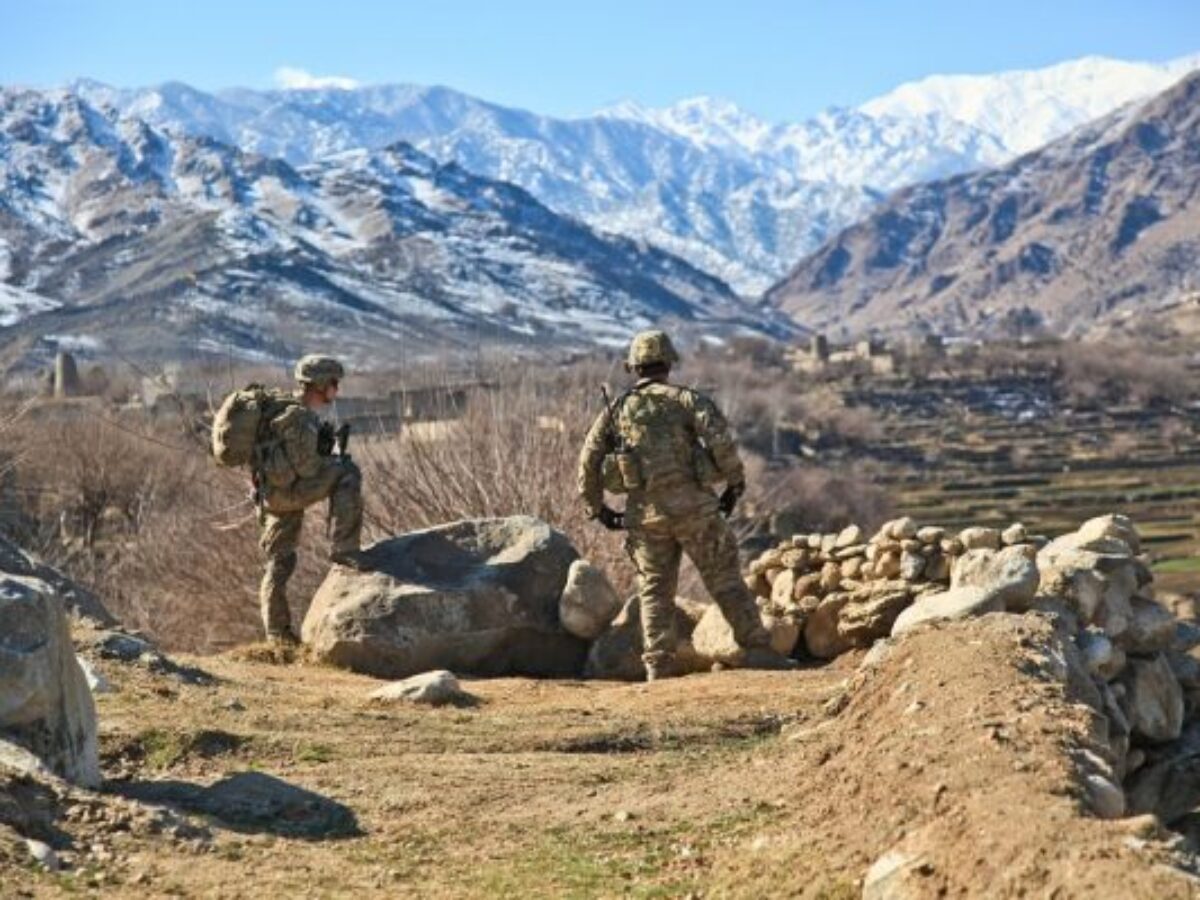 The Trump policy for Afg-Pak is not new yet it is not old, as Trump was of the view that the US must disengage from Afghan issue and his election campaign or election slogan was to focus on internal matters instead the outside world, which got him into the white house. Recalling his earlier speeches and policy briefs, exit from Afghanistan was a priority and repeatedly stated yet the new Afghan and Pakistan policy emerged, stating induction of more forces and asking Pakistan to do more, an old rhetoric. The worry remains, what is the American intent and why?

Prior to twin tower attacks the CIA was in contact with Ahmed Shah Masood and his other leaders, planning an invasion of Afghanistan to rid populace from Taliban and elimination of OBL network in Afghanistan. CIA had established its base in Kulyab, Tajikistan and in collaboration with Northern Alliance were chalking out strategy for military attack which Ahmed Shah Masood was resisting and asking for the support rather allowing the American forces to invade Afghanistan. Two days prior to 9/11, ASM was killed, the only hurdle against US military adventure and by the end of 2001, operation enduring freedom was launched with objectives still not known to the world. With OBL no more alive, Taliban regime vanished in days, the US forces are still operating in Afghanistan, the longest US war is still on and may continue till foreseeable future in history.

Today it has become evident to the world that the American intent was not only OBL/ Al-Qaeda, nor was it removal of Taliban regime, but the larger objectives were much different. The question remains, was it containment of China, check on Russian influence, close proximity to Iran to respond quickly,  Pakistan Nuclear capping efforts, the Central Asian energy wealth  or the efforts to remain unipolar, that Afghanistan is still under US occupation. 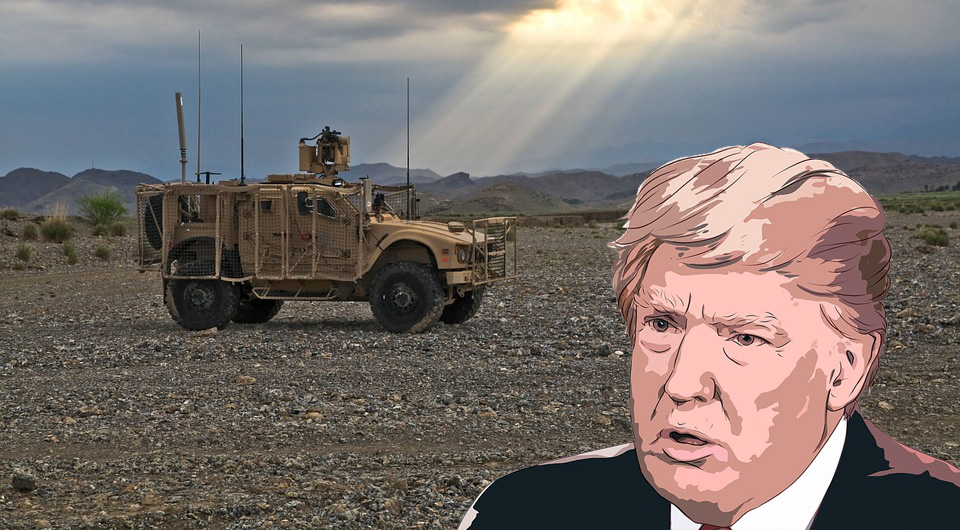 Over one and a half decade, Afghanistan remains highly insecure, Taliban have gained strength instead of having been over powered, ISIS, Khurasan chapter has become a serious threat and is making further grounds, Afghan national security forces (ANSF) are yet not strong and trained adequately to operate independently, Unity Government in Kabul is more fragile and inefficient then Taliban regime. IED attacks, suicide bombing, target killing, air attacks and ground operations by LEAs, is everyday happening, resulting in loss to lives, damage to property and economic down fall.

Will the new American policy of bashing Pakistan yield positive results, will the induction of additional American troops result in improvement of law and order? Is Pakistan abetting Taliban, sheltering and supporting Haqqanis, a terrorist sponsor country and using proxies in Afghanistan? Is Pakistan not doing enough or has not done more than its capacity in war against terrorism. These are very hard questions, whose critical analysis leads to the conclusive outcome that no one country can be blamed for the failure of international response to Afghan crisis.

The American failure in Afghanistan has to be attributed to some and those who may be the next target. Pakistan remains to be on target list owing to its nuclear military capabilities and a probable threat to the American alliance, if allowed to grow beyond certain limits. Therefore the US must maintain certain security levels in Afghanistan to allow un-questioned American presence. The rise and falls in the security graph throughout sixteen years, points towards stated scenario existence and persistence.

Another important observation is that the vested powers have not allowed or made grounds for the peaceful settlement and negotiating the war. Since October 2001, when international forces invaded Afghanistan, all efforts have been initiated towards killing and over powering of the opponents. Peace and reconciliation has not been the priory or objective, therefore all efforts were directed towards continuation of war and success of American policy. This was not a well thought out policy, had it been, the situation in Afghanistan would have been different. Result is that Taliban have re-emerged to fight back, are striking all over, strategic, economic and military targets have been repeatedly targeted with success.

All efforts towards peace and stability have been mal treated either by targeting the leadership who were involved in the process or the trust levels have been breached so that no progress could be made. Taliban demands have never been given due consideration like release of some of the leaders from custody, taking names out of UN watch lists or considering a road map for drawdown from Afghanistan. Process through Qatar office never made headway. Murree initiative was stalled through untimely information leak of Mullah Omar’s death. Killing of Mullah Mansoor was yet another step expanding the trust deficit. Moscow’s effort to broker peace is also not making headway because US cannot and will not allow any other country to take credit. Series of track two are in the market, spending sums of money, yet the process seems to be a futile effort.

The foreseeable days in Afghanistan are hazy towards peace, with fresh forces in the battle field how can one expect peace. Not a single effort of Afghan peace process is making headway. Is peace the objective, if yes, who is working towards peace, if no, who all are benefiting out of war. The answer is simple, has the US attained her objectives, NO. Is India a regional hegemonic state and influencing events in the region, yes to some extent, still need more space and strength. The US is allowing and supplementing Indian dreams, Indo- US defense deal is one good indicator, besides Trump new policy of enhancing Indian role in Afghanistan is making peace a dream.

Options for peace in Afghanistan are limited and none should lead through continuation of war. Taliban can never be completely eliminated as they are from the Afghan soil and will re-emerge. Sixteen years of international efforts and Afghan security apparatus is still infant. Afghan economy is far from being taken as self-sustained, no effort has been initiated towards economic stability. With such state, no short term resolve can bring peace and war is a short term step towards peace.

Negotiating peace with Taliban is the only option. Regional solution and Afghan sought resole is the answer. The directly affected are the regional and neighboring states and not the US, UK, or Japan. Pakistan, Iran, china, Russia and Afghanistan are the losing players, therefore resolve will come through effort from regional countries and not through super and mini super states. Taliban will have to be brought to the negotiating table through accepting some of their demands and accepting them as political entity. Taliban are a reality to reckon with therefore must be engaged and accepted as such

Pakistan and Iran will have to get out of their favorites and work towards larger goals. The US must exit as sixteen years are long enough to prove that they have failed to bring peace. Russia and China should exert maximum to muster peace. India has to accept that she is not a super power and must work towards economic stability rather proxies in Pakistan through Afghanistan. Finally the Afghans have to look inward instead of blaming neighbors and change their belief that world owes them everything even peace. 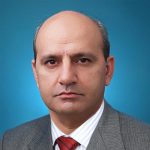 An expert on Afghan and International Security Affairs