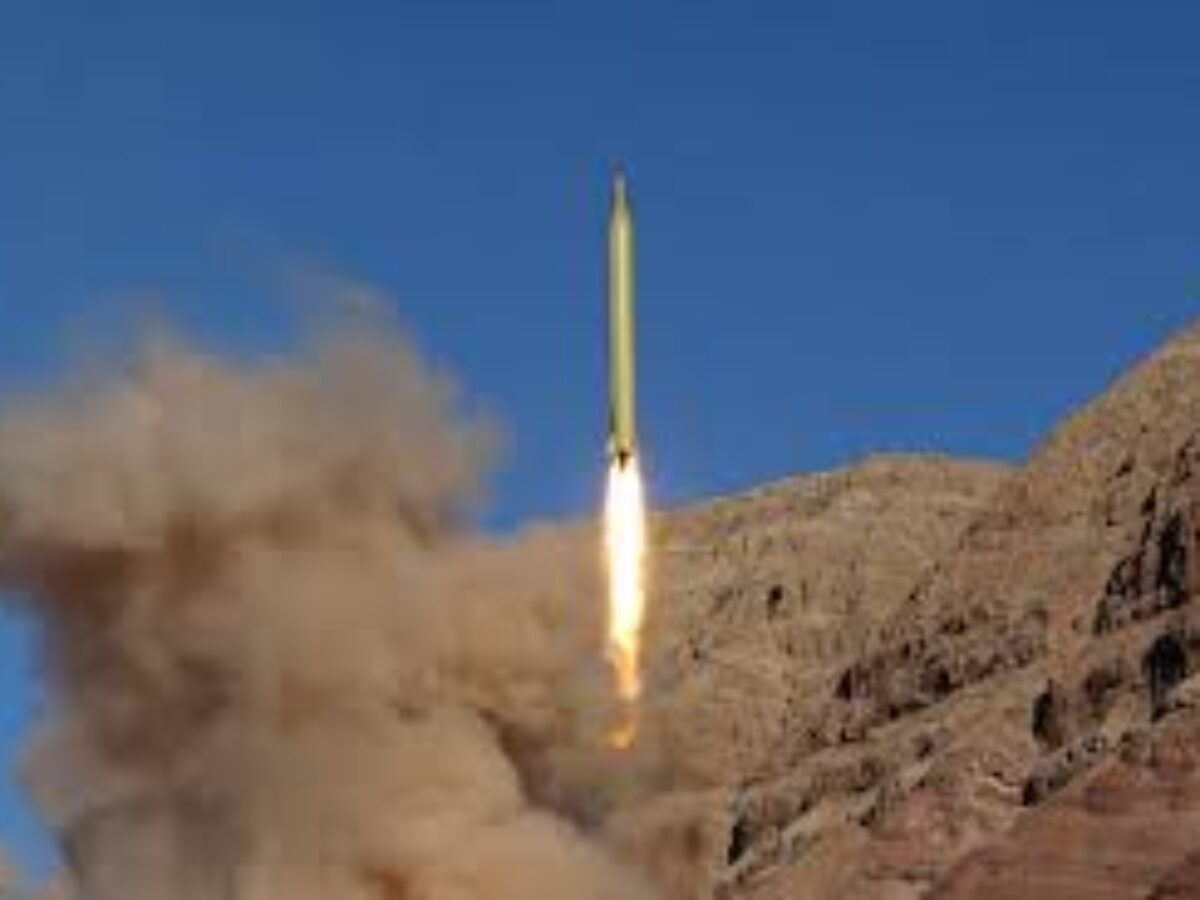 The Treasury Department placed new sanctions Friday on Iran, the first move by the Trump administration in response to a ballistic missile test that led the White House to announce it was putting Iran “on notice.”

The sanctions were imposed on 25 people and entities involved in helping develop Iran’s ballistic missile program, or assisting the Islamic Revolutionary Guard Corpsâ€™ elite Quds Force in supporting groups that the United States considers terrorist, such as Lebanonâ€™s Shiite Hezbollah militant group. The administration said the sanctions are not a breach of U.S. commitments under a 2015 nuclear deal, officially known as the Joint Comprehensive Plan of Action, or JCPOA, that was negotiated by Iran and six world powers, including the United States.

“Iran’s continued support for terrorism and development of its ballistic missile program poses a threat to the region, to our partners worldwide, and to the United States,” said John Smith, acting director of Treasury’s Office of Foreign Assets Control. “Today’s action is part of Treasury’s ongoing efforts to counter Iranian malign activity abroad that is outside the scope of the JCPOA. We will continue to actively apply all available tools, including financial sanctions, to address this behavior.”

The comments from Iran came before the official announcement of new sanctions but reflected the escalating tensions between the two sides over the past few days. A senior Iranian cleric, Ahmed Khatami, said Friday that if the White House expanded sanctions on Iran, it would be â€œa clear violation of the nuclear deal.â€

â€œWe are living in a world full of wolves, like the United States, and in such a world we need arms to defend ourselves,â€ Khatami said, according to Iranâ€™s official Islamic Republic News Agency.

The sanctions are the first concrete evidence of the Trump administration’s intention to take a more aggressive and confrontational approach with Iran. The action was triggered by the Jan. 29 test of a medium-range ballistic missile, in what is widely considered to be Tehran’s probing of how far the new administration is prepared to go. Tehran denies that its missile tests violate a U.N. Security Council resolution calling on Iran to abstain from testing weapons systems designed to be nuclear-capable.

But the sanctions could undermine the nuclear agreement and goad Tehran into declaring it dead. It would be difficult for the United States to walk away from the deal, as President Trump once vowed to do, without isolating itself from allies that want to do business with Iran.

Trump has said the Obama administration turned a blind eye toward Tehran’s continued ballistic missile tests and destabilizing activities, so as not to derail an agreement that was an important part of President Barack Obama’s legacy. Iran has insisted it is not violating the nuclear agreement by conducting tests of missiles that it claims are purely for defensive purposes and not designed to carry nuclear warheads.

A senior administration official, speaking to reporters on condition of anonymity under its ground rules, characterized Friday’s sanctions as an “initial” step in an ongoing effort to force the government in Tehran to act differently and stop being a threat to U.S. allies in the region.

“They continue to threaten U.S. friends and allies in the region,” the official said.

The sanctions won immediate praise from opponents and skeptics of the nuclear agreement.

â€œThis announcement makes clear that it is a new day in U.S.-Iran relations and that we will no longer tolerate Iranâ€™s destabilizing behavior,â€ he said. â€œA coordinated, multi-faceted effort to push back against a range of illicit Iranian behavior is long overdue.”

The sanctions followed a tit-for-tat exchange of threats between the United States and Iran on Thursday as both nations sought new footing in a power struggle that could jeopardize the landmark international nuclear accord, which Trump has called â€œthe worst deal ever negotiated.â€

When asked whether his administrationâ€™s tough new posture could mean a military strike, Trump answered, â€œNothingâ€™s off the table.â€

That followed the White House broadside Wednesday in which national security adviser Michael Flynn warned that Iran is â€œon noticeâ€ over the test launch. He also cited Iranâ€™s support of the Houthi rebels, who are battling a U.S.-backed government in Yemen.

â€œThis is not the first time that an inexperienced person has threatened Iran,â€ Ali Akbar Velayati, a senior adviser to Iranâ€™s supreme leader, was quoted by Reuters news agency as saying Thursday. â€œIran does not need permission from any country to defend itself.â€

Speaking to reporters, Velayati brushed off what he called Trumpâ€™s â€œbaseless rantingâ€ and pledged that missile tests would continue as Iran sees fit.

The exchange surrounding the missile test is the most substantive between the two countries since Trump took office two weeks ago and suggests that each nation is willing to escalate tension at the outset.

The posturing on the U.S. side appears to be mostly an attempt to seize the upper hand in what Trump officials have said will be a far tougher, less forgiving relationship with Tehran. Flynn directly accused the Obama administration of emboldening Iranian aggression and regional ambitions, and Trump has ridiculed his predecessor for seeking more cordial, if wary, relations.

Trump is under political pressure to make good on campaign pledges to get tough on Iran, while Iran has a history of testing the resolve of new U.S. leaders. The Iranian leadership also faces domestic political pressures with a presidential election due this spring.

â€œIt will take him a long time and will cost the United States a lot, until he learns what is happening in the world,â€ Iranian President Hassan Rouhani said in a televised address Wednesday, in which he also accused Trump of discrimination and recklessness.

Rouhani, considered a cautious political reformer, presided over the partial warming of the three-decade freeze in U.S.-Iranian relations under Obama.

Rouhani said that Trump, in temporarily halting travel to the United States from Iran and six other Muslim-majority nations, is â€œtrampling on all international principles and commitments.â€

Iran had earlier vowed â€œreciprocal measuresâ€ for the ban, and the missile launch Sunday was widely seen as a test of the new U.S. administration.

It is not clear whether the launch violates a U.N. Security Council edict, but the Trump administration maintains that it does. The United States called an emergency Security Council review of what it called a â€œprovocativeâ€ breach.