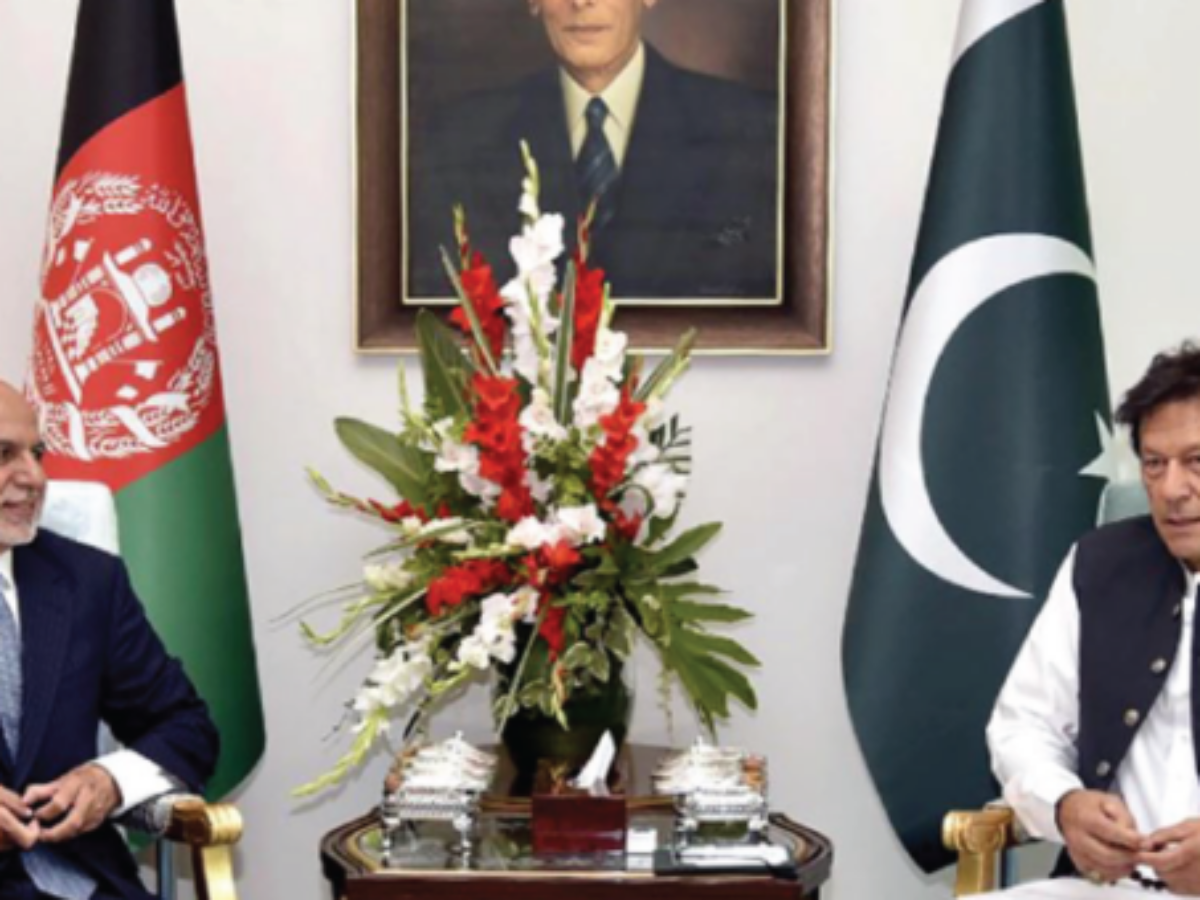 The Afghan Peace Process has welcoming prospects for Pakistan, which is an immediate neighbor of Afghanistan. The two neighboring countries have shared tortuous relations in the past, but the peace talks are expected to have a positive impact on their relations. The peace talks provide Pakistan an opportunity to strengthen its presence in the regional politics. The Afghan Peace Process will help Pakistan suppress the antagonistic actors in Afghanistan from prospering. The initiation of peace process was the extensive diplomatic effort by Pakistan that made the process to follow the path ahead smoothly for which Pakistan was appreciated by USA. Pakistan is ambitious to project herself as a peace loving State and also that the prosperity of the region is closely linked to having peace in Pakistan and Afghanistan. Pakistan has been making sure since the beginning that the peace process is completely Afghan owned and no external factors gain access to any kind of interference.

To encourage and improve the trade and investment relations between Pakistan and Afghanistan, National Assembly Pakistan has organized a two-day seminar titled “Pakistan and Afghanistan Investment and Trade Forum” on Monday 28th, 2020. Prime Minister Imran Khan addressed to the seminar as chief guest. 17-member Afghan parliamentary delegation, led by Speaker of Wolsey Jirga Mr Rahmani are also a part of this seminar. The USAID Pakistan has extended a supportive hand for the sake of regional connectivity and integration initiative. While addressing to the seminar, Prime Minister Imran Khan along with NA Speaker Asad Qaiser and Speaker of Afghan Wolesi Jirga (Afghanistan’s parliament) Mir Rahman Rahmani insisted on boosting the trade and investment between Pakistan and Afghanistan to generate more wealth and to encourage the industrialization. They also emphasized that the normalization of traffic between states will improve the condition of trade that has been damaged further by the pandemic.

Prime Minister Imran Khan said that the connection between Pakistan and Afghanistan is quite old and no foreign interference has ever succeeded in Afghanistan. He further explained that Afghani people have always taken their own decisions and Pakistan will be happy to work with any government that Afghani nation will choose. Prime Minister sympathetically said that the 40 years of tragedy in Afghanistan is unfortunate and it has been effecting Pakistan for past 18 years as well. He also suggested that dwelling in past has only causes mistrust but we, as nations, need to look beyond it to reassure transit trade and future investments. Following are the economic peace dividends for Pakistan and Afghanistan if the Peace Process materializes:

The first and the most significant dividend of the Peace Process is the Afghan-Pakistan trade. Both countries will be able to continue trade without the irritant of smuggling of timber, mineral resources and other goods. Afghan Peace Process will pave the way for traders to do open and legal trade which will eradicate the illicit trade in form of smuggling. This will

encourage the small and medium sized enterprises (SMEs) in both countries to enhance legal trade of goods and products.
The second dividend, also economic in nature, relates to creation of regional energy corridor. The end of instability, and war offers Afghanistan and Pakistan a safe corridor into Central Asia. This would create a regional energy corridor from Sixth, Central Asia into South Asia. The economy of Afghanistan can flourish if it can earn revenues by levying the TAPI Pipeline. Afghanistan will be able to extract royalties from these projects and also meet her energy requirements. Moreover, peace in Afghanistan, the “Heart of Asia,” will allow Pakistan and other South Asian countries to connect with Central Asia, which offers a great opportunity at developing Central Asia-South Asia (CASA) electricity transmission line.

Thirdly, it is significant for Pakistan’s national interest to have a peaceful border at the western end. The success of the Afghan Peace talks can guarantee peace within Pakistan. If the Afghan government, Taliban and the US find common grounds as a result of negotiations, it will be advantageous in helping curb the terrorism that has caused immense damage to both nations. This will be vital for safeguarding Pakistan’s security interests along the Pakistan-Afghan border. Peace and stability in Afghanistan is in the utmost interest of Pakistan.

The fourth dividend of the Peace Process relates to the role of Pakistan as a negotiator in the Afghan Peace process. The Peace Talks help Pakistan in building up her pragmatic image globally. During the entire process, Pakistan represents itself as a country that is dedicated to peaceful development in the region. Stability in Afghanistan will bring out the positive and peace-loving image of Pakistan to the world, Pakistan will have a peaceful neighborhood. The rigorous efforts as a negotiator have helped Pakistan gather international appreciation. Pakistan holds a significant position in the Afghan Peace Process because as a central player, attaining peace and stability in Afghanistan would not be possible without her participation. The Afghan peace talks are not only a golden opportunity for achieving peace in Afghanistan but offer a chance for Pakistan to gain a reputation of “Peace Promoter,” at the international chessboard of politics.

Fifthly, the efforts of Pakistan demonstrate her clear intentions for Afghanistan. The dedicated efforts on both sides will help regain the lost trust and push both countries towards mutual cooperation. Reducing the trust deficit is crucial for building peace in the region.

Sixth, the active participation of Pakistan in ensuring peace in Afghanistan will subsequently lessen the influence of India in the region and in Afghanistan. This is important because India, an aggressor state, has been taking advantage of the hinges between Pakistan and Afghanistan, both trade-wise and as well sentimentally. The Peace Process holds a tantamount position in the relationship of both countries.

Seventh, if Pakistan is able to lessen the influence of adversaries in Afghanistan, it would augment the communication between the leadership and the people on both sides of the border.

The Peace Process will restart the trade, freedom of movement, economic prosperity, and strengthening of defense between Pakistan and Afghanistan which will eventually help the economies to travel towards betterment since Pakistan also provides the shortest access to the sea for landlocked countries. If Pakistan’s objective of bringing peace in Afghanistan materializes, great dividends for both countries will just be one arm’s length away.