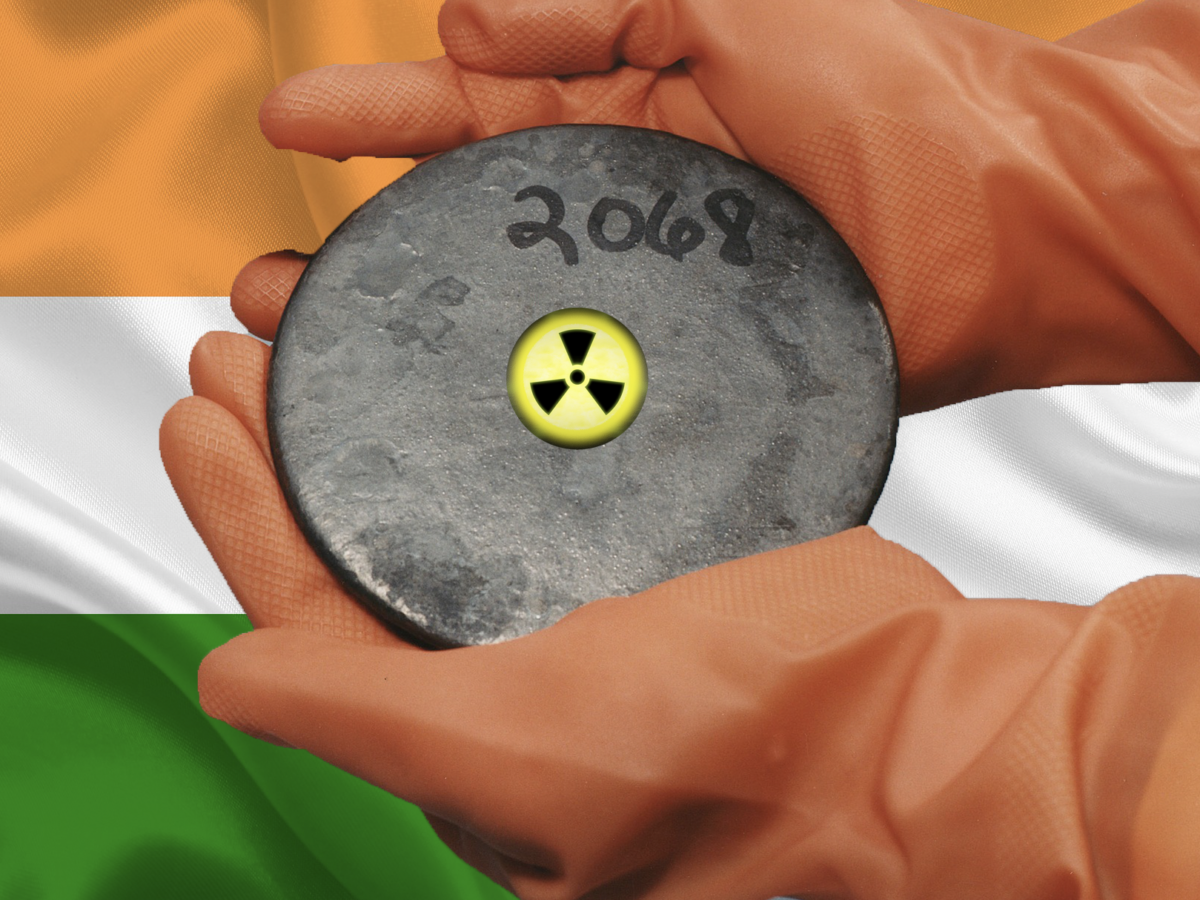 With the increase in trend of acquisition of nuclear weapons by states, the nuclear theft has become a serious threat to regional and global security. In February 2022, two Indians among eight has arrested by Nepal police for illegal trade of Uranium, last year two similar cases of the same nature were disclosed. It is not something new, since 1994; there are a number of cases that have been reported in which India found of stealing and smuggling radioactive material like Uranium. During the past two decades, an alarming amount over 200 kilograms of uranium have been stolen from Indian facilities. India has appeared as a potential spot of illegal trade of nuclear material and technology for state and non-state actors.  It poses serious risks of nuclear terrorism and concerns for state security. 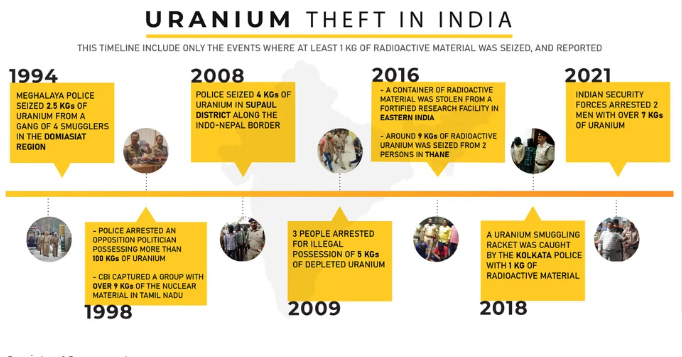 Pakistan and China share borders with India have raised their concerns regarding recurring incidents of nuclear material theft in India. China has requested all the countries to work together for non-proliferation that focus nuclear safety. Pakistan has called out international community for rigorous investigation to guarantee nuclear safety and security. The trafficking and theft of Uranium can lead to manufacturing of improvised nuclear and exposure devices as well as nuclear proliferation. India is a member state of United Nations Security Council and International Atomic Energy Agency (IAEA), their core objective is to make states abide by the measures for the prevention of nuclear materials falling into wrong hands. The nuclear facilities in India are not following strict security standards and are vulnerable to black marketing. It is because there are not regulations within the country to acquire nuclear material for any puposes. In addition to that, India is not complying with IAEA requirements to secure its nuclear materials and reserves. The nuclear safeguard analysts have urged the agency to consider a strict monitoring system for radioactive materials in India.

India is also a major beneficiary of Nuclear Suppliers Group (NSG) and by intimation New Delhi must ensure a strong surveillance system over nuclear safety. Despite of the fact that India has failed to comply with the conditions, there is western silence over the issue which is dissatisfying. The role of the IAEA is of significant importance to play in India’s poor mechanism and the existence of a black market for nuclear materials within India. Nuclear security is a national issue but nuclear threats and the possible effects of nuclear terrorism can go beyond borders and also can be used by non-state actors for terrorism and harmful intentions. Therefore, IAEA must consider the grievances of India’s neighboring countries and respond to the occurrence of back to back India’s Uranium theft incidents. An accounting system must be implemented that maintains a check on Uranium exports for greater interests of global and nuclear security. International Atomic Energy Agency (IAEA) should follow its standards independently and a regulatory framework can be instigated for scrutinizing India’s nuclear activities in order to fulfill the gaps of nuclear safety and security.