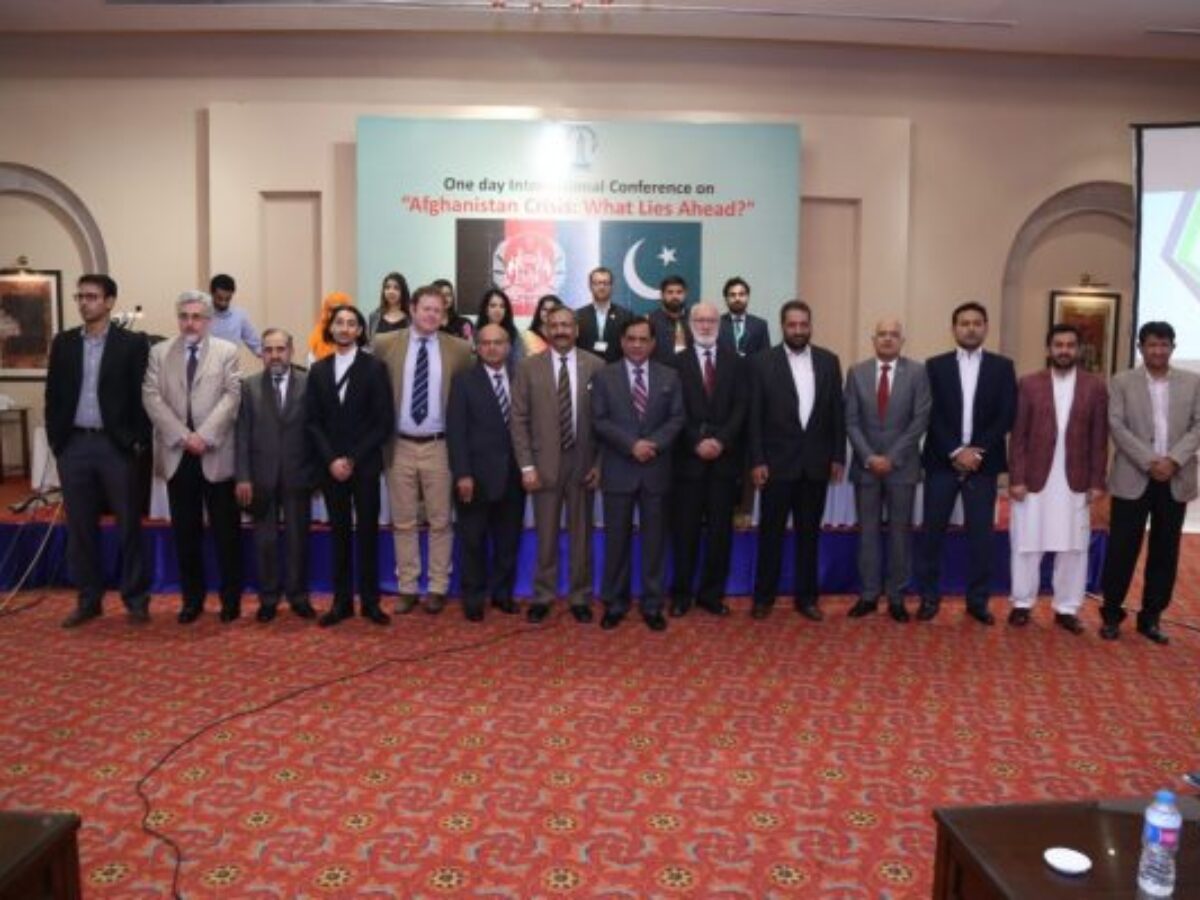 One-day international conference on “Afghanistan Crisis: What Lies Ahead?” was organized by Pakistan House on Monday, March 19, 2018 at a local hotel in Islamabad. The conference mainly focused on understanding various factors of instability in Afghanistan and how Pak-Afghan alliance can better serve economic, security and peace in the region. The conference also aimed to identify the possible measures that how Afghanistan can address Pakistan’s concerns about India’s negative presence on its soil and how Pakistan can help countering economic and security challenges that are relevant for the regional stability. An effort was made to develop a solution based approach, in order to assess future policy options.

Lt Gen Asif Yasin Malik HI (M) (Retd.), former Defence Secretary, in his opening remarks said that Afghanistan is more important to Pakistan than any other country in the region. He argued that unstable Afghanistan is a great threat for Pakistan and instability in Afghanistan is a direct threat to CPEC. He recommended that border control should be strengthened in Pakistan and Afghanistan. Both countries should take extra steps for bilateral trade and Pakistan has to assure that its soil should not be used against Afghanistan.

Dr Abdul Baqi Amin Director General, Centre for Strategic and Regional Studies (CSRS) added that the people and government of Pakistan have helped Afghanistan with the most difficult conditions during the battle of the Soviet Union, with more than five million Afghan refugees in their homeland, and so far, about two million Afghan refugees are still living in Pakistan. He argued that good governance in both countries was badly damaged by political instability and failed to properly manage the facilities in the two countries. For this reason, both countries are struggling for good governance. The necessity of governance for the people of both countries is urgent and fundamental, and the people of both neighboring countries are severely affected by the lack of good governance. He stressed that serious efforts need to be made to build trust between the two countries. In his view, negotiations against each other should be stopped. The door to dialogue and understanding should be left open forever and all the demands will be clearly discussed with each other. Civil society organizations should play a constructive role in resolving tensions between the two countries, especially search centers should play an effective role in expressing the consequences of tensions between the two countries, try to convince the politicians of the need for regional cooperation to be a positive influence on decision-making directions.

Mr Jean-Francois Cautain Ambassador, Delegation to the European Union to Pakistan, suggested that the safety of the population in both countries is important. Suspension of dialogue between the two states should be eradicated. We should focus on the economy and security to solve the Afghan crisis.

Rana Athar Javed, DG Pakistan House argued that reconciliation and negotiation would become the only way forward as the loss of lives and property in Afghanistan has marred the aspirations of emerging Afghan youth. The US and its allies need to provide a comprehensive support system, and they should allow a regional stability approach involving China, Russia, and Iran. On principles, Pakistan does not object to India’s role in helping Afghanistan’s development sector, but Afghanistan must address Pakistan’s genuine concerns about India’s support to foreign militants especially TTP. The Pak-Afghan alliance in eliminating the network of foreign militants on Afghan soil is vital. He concluded that the issue of border management should be resolved through implementing mutually agreed immigration regulations.

Maj. Robert Gallimore (Retd.) Defence Analyst, stressed that the situation in 2018, is very different, India is pouring money into Kabul and into plethora of proxy actors across Afghanistan, using Afghan soil to destabilize Pakistan. In his view, Indo-Afghan alliance offers very little benefit to India beyond frightening Pakistan. What Kabul and Islamabad must do is to learn how to manage the borders effectively so that the border mismanagement does not affect the wider security of the region.

Pir Sayed Ishaq Gailani, Founder and Chairman of the National Solidarity Movement of Afghanistan, said that India has used Afghanistan against Pakistan and certain elements in Afghan Government are supporting that. Neighboring countries and Afghan Talibans have to sit together to solve this problem and have to engage in Productive dialogue efforts.

Chairman Joint Chief of Staff Committee, General Ehsan ul Haq (Retd.), HI (M) NI (M) concluded the event by suggesting that no two countries can be compared in their identical ties with any other country. First the US and the Taliban have never had a fundamental problem, they always said that they are struggling against foreign occupation and they must end linkages with outer extremist networks and foreign forces, and should accept Afghan Constitution. There are three parties to the conflict. The Afghan Government, Taliban and Pakistan. The US must put its conditions on the table for withdrawal from Afghanistan The dialogue must be robust and back channeled between US and Taliban. The ceasefire must come unilaterally from US and the Afghan government.