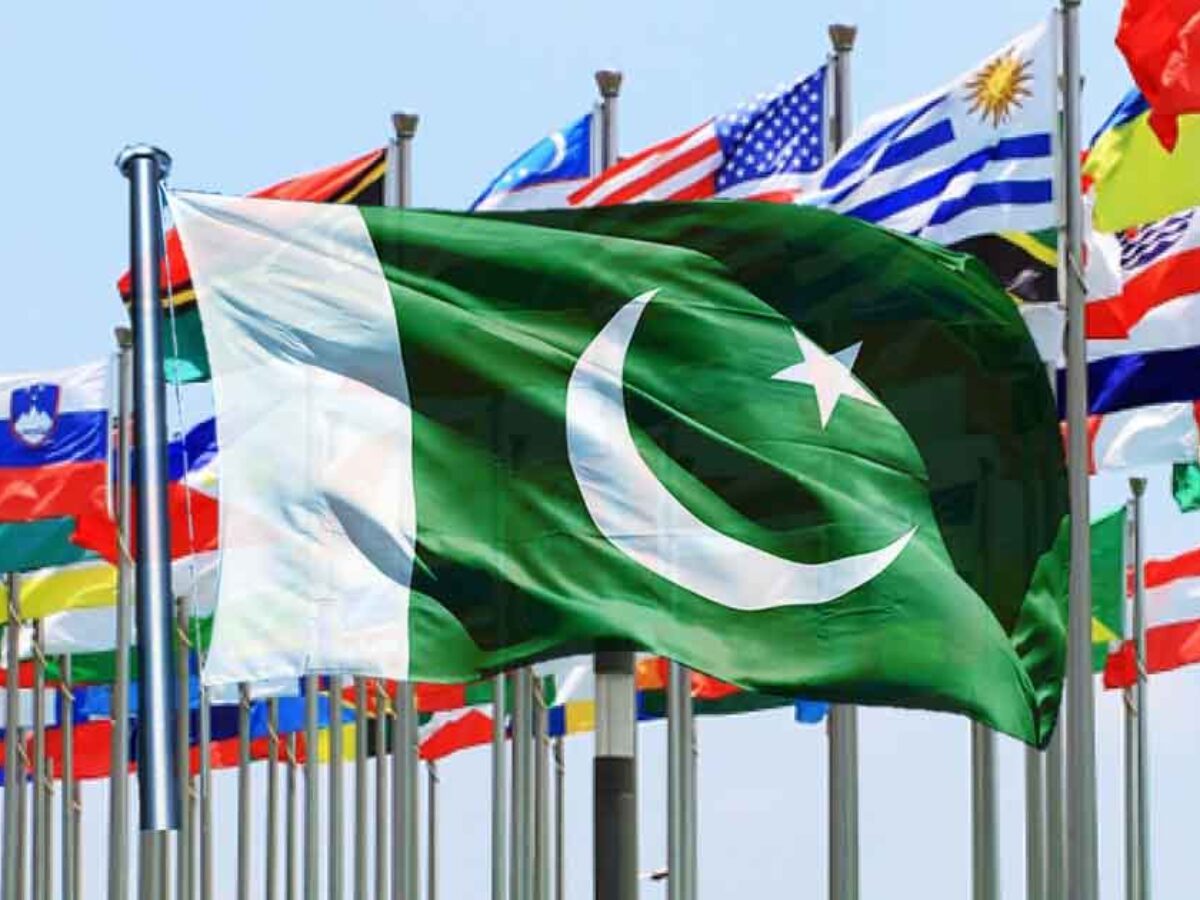 The vision of our founding fathers of a progressive, moderate and democratic nation committed to development of a modern Islamic state is now badly at stake. A deliberate attempt is underway in the West to defame Pakistan by questioning its credibility in war on terror. Slamming Islam and tracking Muslims have become order of the Western civilization. The US used Pakistan to its advantage for as long as it could and Pakistan provided services for which the benefits accrued. The global landscape is now rapidly changing and Pakistan does not have the luxury of time on its side as it figures out its way out of the woods. Pakistan’s foreign policy requires a paradigm shift in the wake of recent deterioration in our ties with US by diversifying Pakistan’s international relations, while Pak-US relations face a deepening conflict. Its rescue is vital for our nation’s future as also for peace in the region and coexistence between civilizations.

Terrorist incidents taking place world over are often linked to extremist religious organizations in Pakistan leaving a bad image of the country and labeling it ‘the most dangerous country in the world,’ Cross-border missile and drone attacks, stated to be directed against Al-Qaeda, but killing many innocent Pakistanis are continuing that have strained cooperation between Pakistan and the United States. But our parliament and a number of its committees charged with the responsibility to oversee national security, foreign affairs and defense, seem to be absolutely indifferent. Being elected public representatives, it is parliament’s responsibility to oversee the country’s foreign and security policies. Pakistan army has demonstrated the will and actually done a superb job in apprehending, expelling and eliminating hundreds of Al-Qaeda cadres over the previous few years. A sound foreign policy is based on core interests tempered with a degree of real politic. Pakistan, unfortunately, has never had a foreign policy based on sound footings and its Political, Structural and Economic weakness plagued this nation from the onset. It has to devise a more self-reliant foreign policy because expectations of increased foreign assistance for our deteriorating economy seem unreal at a time when the world is afflicted with an unprecedented fiscal crisis. Foreign policy has taken a distinct back seat so far. It has not attempted to add substance to economic ties with the ASEAN states. It has to go a long way to establish optimum political and economic relations with a transformed Turkey which has not persuaded as yet in proper sense. China, our tested friend, has to be allured to make the investment in Pakistan’s energy and manufacturing sectors. Above all, Pakistan has to reconsider relations with India based on mutual respect and trust. Another important pillar of our continental strategy is the strengthening of bilateral political and socioeconomic relations with countries on our continent.

The main agenda on our foreign policy should be to support peace, security, stability and post-war-on-terror reconstruction initiatives. We must know from our own experience that the achievement of peace and stability can be a painstaking effort requiring patience and perseverance. However, we must keep in mind the dividends that come with peace. While readjusting this critical relationship to a new and probably lower order of mutual engagement, Pakistan has to break out of the constraints imposed unilaterally on it by the United States. We need to move towards clarity of thought in the identification of our enemy, focusing greater effort on isolation and liquidation of militants causing damage to the country, convincing the world of our earnestness and husbanding our resources with austerity and efficiency.

Fortunately, there is increasing clarity in the minds of common Pakistanis about the identity of the enemy. Pakistanis at home and abroad are now awake to the realities and citizens in seriously affected areas are now extending their full help to fight and expel the extremists. To revive Pak-US relations, constructive changes in the offing provide an opportunity for Pakistan to intensify security cooperation with the US in order to ensure elimination of Al-Qaeda presence on Pakistan territory, promote internal security against terrorism by stemming the tide of extremism threatening the realization of the progressive and modernizing vision of our nation. Pakistan has an equal interest in fighting terrorism because it is a victim of the scourge. Thousands of Pakistanis have been killed or injured by Al-Qaeda terrorists. Attacks on our armed forces and security and administrative personnel, suicide bombings, arson of schools and destruction of the economic infrastructure of our poor country have triggered a storm of outrage against the perpetrators who abuse the name of Islam and blatantly claim ‘credit’ for the mayhem.

We should enter into strong bilateral relations with Muslim Countries. Through these partnerships, we can foster stronger political relations, people-to-people solidarity, trade, investments, and tourism as we integrate our people. We should thoroughly consider these partnerships in order to identify ways in which we can strengthen them, focusing particularly on interventions necessary to promote trade in mutually beneficial and sustainable ways. Our understanding of international relations will be enriched by the greater knowledge of the social structures of the countries that we interact with so that we assume a departure away from international relations being the strict preserve of the ruling elites, academia and diplomatic community, and that we integrate other interested parties and stakeholders. Working together with all our people we can do more. This is about expanding the horizons of opportunities for our country. As we do this, we are also aware that there is growing recognition that emerging economies will be key catalysts of global growth as we emerge from the current financial and economic crisis. We have to seek out and grasp opportunities that these countries offer to our country.

India has been making incredibly smart choices in its international relations. It has assured to the democratic world that it is a truly secular state, protective and inclusive of its Muslim minorities. Needless to say, the countries that had initially supported our Kashmir cause have been seriously disillusioned. A cursory analysis of the dismal performance of the parliamentary committees responsible for overseeing Pakistan’s national security and defense policies would reveal that these committees have totally failed even to examine the serious issues confronting Pakistan, let alone offer policy advice on behalf of the people of Pakistan. We are in a serious crisis, and the root of this crisis is our inefficient, incapable, and corrupt Governments.

Sovereignty has two key elements; government and territory. The ideal is that the government is the sole authority over a territory and that its territory is unchallenged. The problem with Pakistan is that neither we have as much effective authority over our citizens and territory as we believe. We accept violations of outsiders when it is in our interest to do so, whether it is set out in the loan conditions of the International Monetary Fund, linked to any other aid program offered by the Western countries, or demonstrated in the fear of activities of troops propping up our government. If we try to enforce them, the outsiders may pick up and leave, reminding us that there are tradeoffs.

Recently, in a new twist, US House Appropriations State and Foreign Ops subcommittee approved a bill significantly cutting overall US multilateral assistance and attaching more tough conditions on aid to Pakistan than that attached by the House Foreign Affairs Committee. A separate bill voted on by the House Appropriations Committee subcommittee on State and Foreign Operations called for tough restrictions on civilian aid to Pakistan, tying it to Islamabad’s progress in fighting terrorism and checking nuclear proliferation.

We need a very, very big change—not only in the size of government but in the entire attitude and culture that defines the citizenry’s relationship to government. Now is not the time for status quo moderation. We cannot afford a “safe” democracy that has destroyed everything else. I believe that the economic well-being of this country is inextricably linked with the development of the country at large. We should boldly state a progressive position, anti-imperialist and anti-colonialist; support for the nonalignment and noninterference; respect for the sovereignty of nations, and an agenda for the empowerment and development of Pakistan.