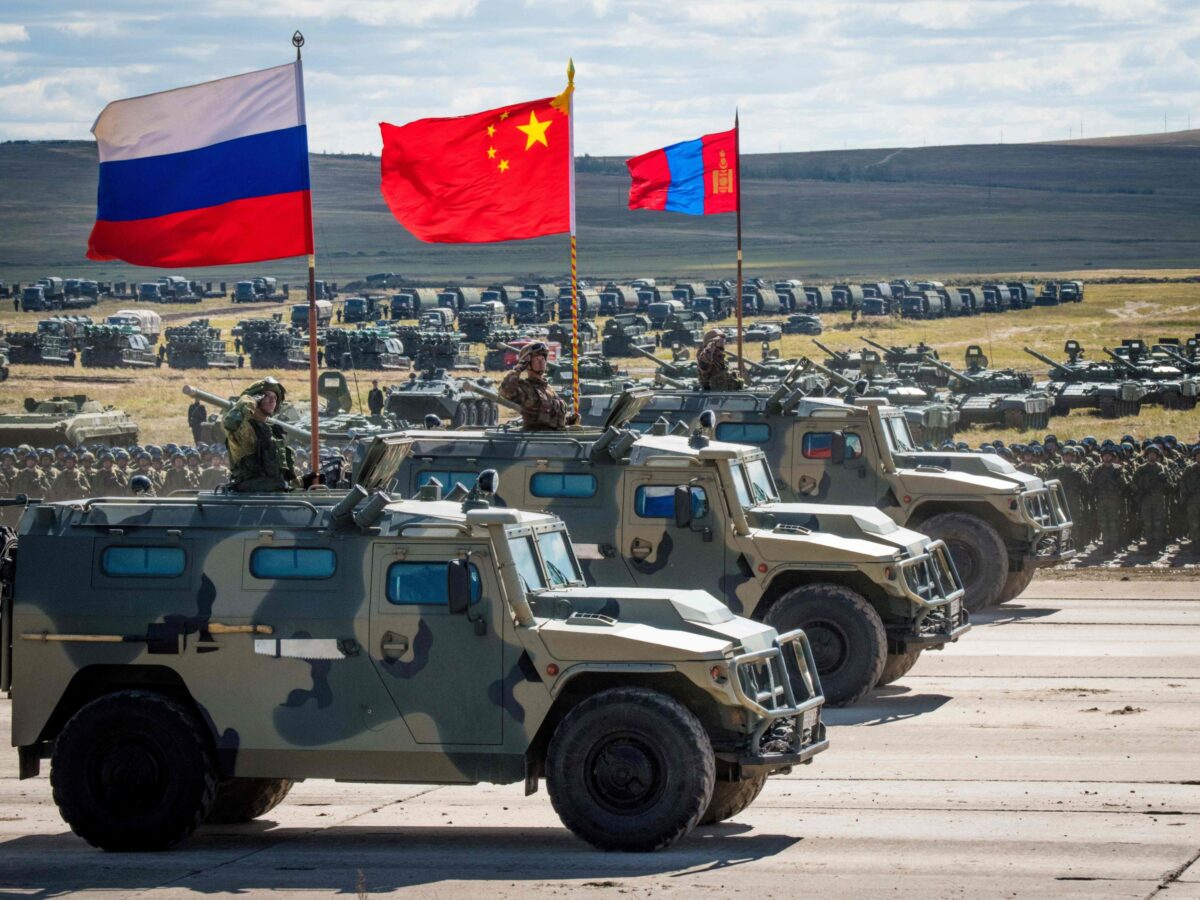 Amid the tensions between Moscow and Beijing with the United States, Russia has launced a week long joint military exercises involving forces from different countries. The Vostok exercises are the second joint military drills this year including forces from both Chinese and Russian side. The Vostok 2022 exercise, which runs until September 7, will show the expanding ties and defense cooperation between Russia and the other countries, including China and India. The exercise includes more than 50,000 soldiers and 5,000 weaponry units, including 140 planes and 60 warships which will take place at seven shooting ranges in Russia’s Far East and the Sea of Japan according to the Russian Defense Ministry. Apart from this, the Defense Ministry also announced that in the Sea of Japan, the Russian and Chinese navies will practice coordinated operations to secure maritime communications, regions of marine economic activity and aid for ground troops in the coastal areas. 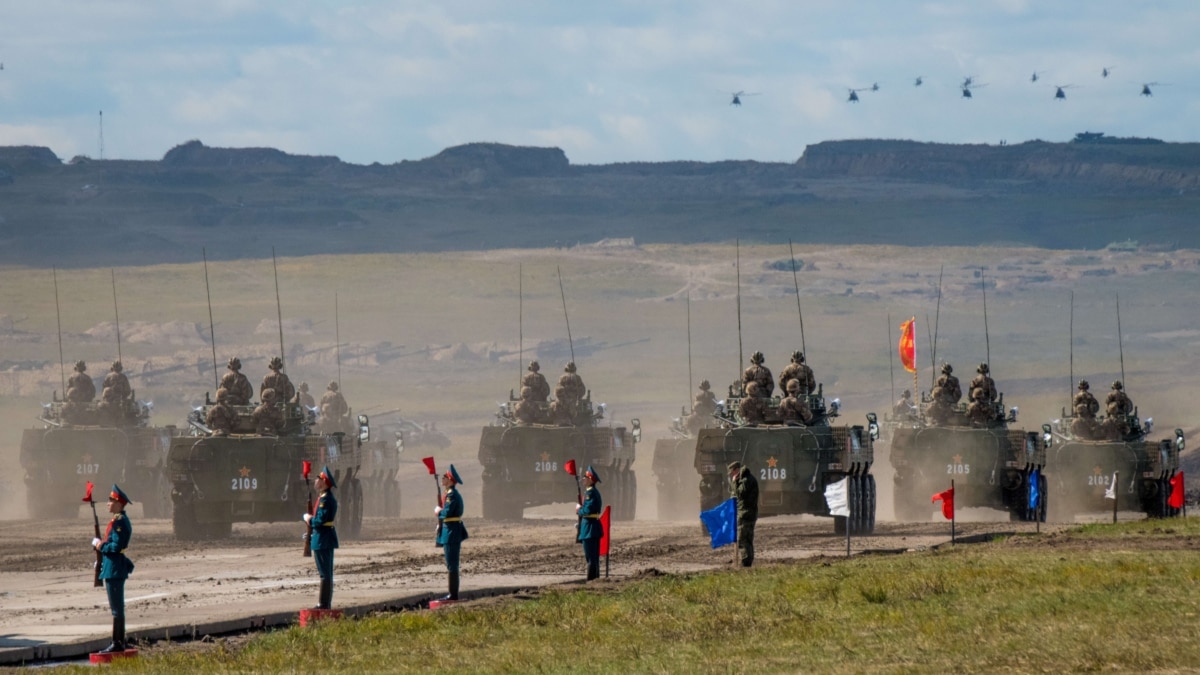 According to a statement from the Chinese Defense Ministry, it is said that China’s participation in drills “aims to deepen pragmatic and friendly cooperation between the militaries of the participating countries, increase the level of strategic cooperation among all participating parties, and enhance the ability to jointly respond to various security threats.” As per Chinese media, Beijing sent around 2,000 troops, 300 military vehicles, 21 combat planes, and three vessels to participate in the drills. The joint drills are a significant event where the first time China dispatched forces from three branches of its military i.e. army, air and naval forces to participate in a single Russian drill, demonstrating the breadth and depth of China-Russia military cooperation and mutual trust. The United States has served as the common factor for the Russian President Vladimir Putin and Chinese President Xi Jinping to forge close personal ties and strengthen a “strategic partnership” in order to respond US threats. Putin has stated that a military alliance between Beijing and Moscow cannot be ruled out, despite Moscow and Beijing previously rejected the idea. Additionally, he pointed out that China and Russia are working on sensitive military technologies, which will considerably boost the country’s defense capacity. In a round of increasingly aggressive actions against the two countries’ alliance, the West has stepped up and claimed that China and Russia’s military cooperation is a direct threat to regional stability. The Chinese Ambassador to Russia has stated that the military cooperation between the two countries does not target any third party and will not be subjected to any outside forces. Over the past ten years, the two nations have developed closer relationships and accomplished a number of ground-breaking, innovative, and institutional results despite the West’s hostile actions against China-Russian relations and partnership. 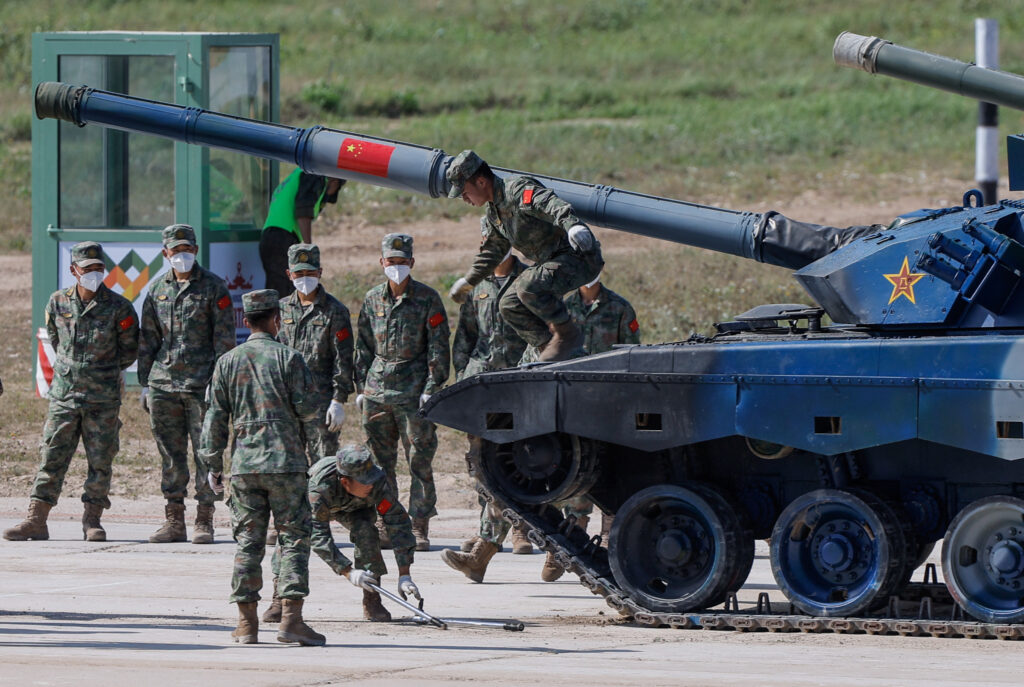 India participated in international military exercises in Russia in September 2021, where a group of Indian forces took part in the Zapad military drills. It is being considered that India’s participation in the ongoing Vostok-2022 military drills during Russia’s invasion of Ukraine is a reaffirmation of New Delhi’s good relations with Moscow despite a strong strategic cooperation with the United States. Prior to the drill, when asked about India’s participation, White House press secretary stated that the US is concerned about India’s plans to participate in the joint military exercises with Russia. In contrast, New Delhi has made it clear that it will continue to uphold the independent stance that was adopted in the wake of the Ukraine crisis and will maintain its neutrality towards both the United States and Russia. . India has not joined Western sanctions against Moscow and has refrained from denouncing Russia’s invasion of Ukraine. Oil imports from Moscow have increased significantly this year as India takes advantage of heavy discounts and justifies its oil purchases as required for an energy-scarce developing nation like India. This trend shows that India has prioritized its national interests. As tensions between the United States and Russia increase, it is unclear how India will continue to manage the middle-ground between the two powers.

In spite of the ongoing military standoff between the two neighboring countries along the Line of Actual Control (LAC) in eastern Ladakh, Indian soldiers are participating alongside the Chinese People’s Liberation Army (PLA) counterparts in the Vostok drills. It is because India and China both have interests in maintaining ties with Moscow, both the countries buy Russian oil and heavily rely on Russian arms sales, which include fighter jets and modern weapons. Therefore, the ongoing drills are significant since China has gotten closer to Moscow as a result of its conflict with the United States and the exercises illustrate the growing defense relations between Moscow and Beijing, which have intensified since the beginning of the Ukraine War. The other key player i.e. India, one of Washington’s most important allies, adopted a neutral stance regarding Russia’s invasion of Ukraine. India is too crucial to the U.S. strategy against China, to push back too strongly since it would weaken U.S. policy toward the other. Despite having serious reservations about drills, the US has avoided direct opposition of India participating in the joint exercises.