Central Asia: A Zone of Peace

Central Asia: A Zone of Peace 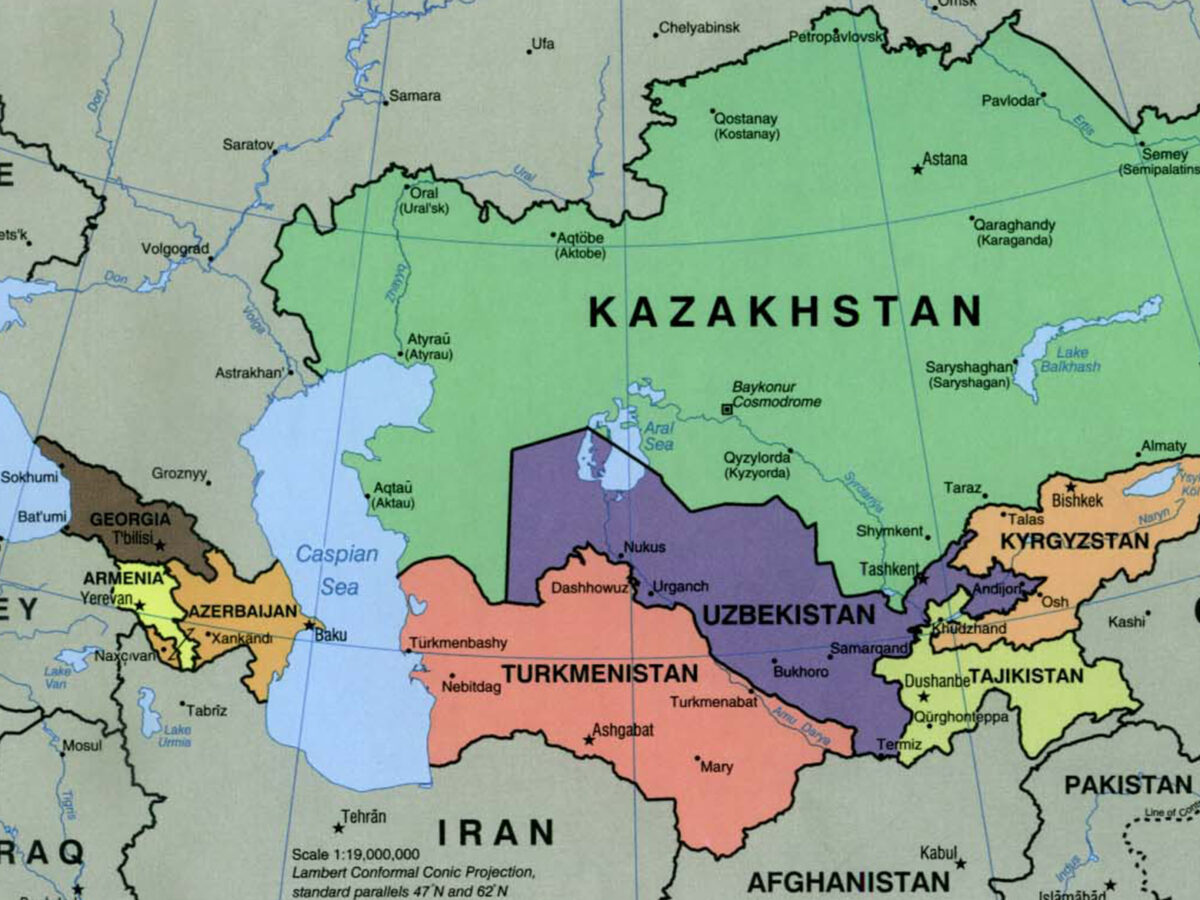 On 28th July 2022, a resolution was introduced by the ambassador of Turkmenistan on behalf of other central Asian countries. The United Nations General Assembly has adopted the resolution and declared Central Asia as a zone of peace, trust and cooperation. It is said that the all the five countries of the region including Turkmenistan, Kazakhstan, Kyrgyzstan, Tajikistan and Uzbekistan have a great potential for development. Pakistan’s UN ambassador also supported the resolution and its objectives while considering it a timely step. He said that Pakistan is dedicated to increase connectivity and collaboration with its Central Asian neighbors in trade, business, transport, energy and other sectors. The region is of utmost importance geographically and in terms of transnational cooperation as it is rich in natural resources as well as gas and oil resources making it as a prominent player in the regional and global markets. As the world is going through Russia-Ukraine crisis, the United States and European countries are the one which are most impacted due to the existing war. United States has welcomed the resolution and expanded warm wishes to the five Central Asian countries on the adoption of resolution. Central Asia is a region which could help the US and EU in terms of energy supplies and can work as an alternative to Russia’s dependency for oil and gas. This will also benefit the region while bringing investments, infrastructure development and growth opportunities in Central Asia. The resolution has also emphasized on the greater cooperation among the Governments for a peaceful and prosperous society, sustainable development, peace, security, human rights and the rule of law. United States consider this resolution to maintain security within the region and promote international peace and security. 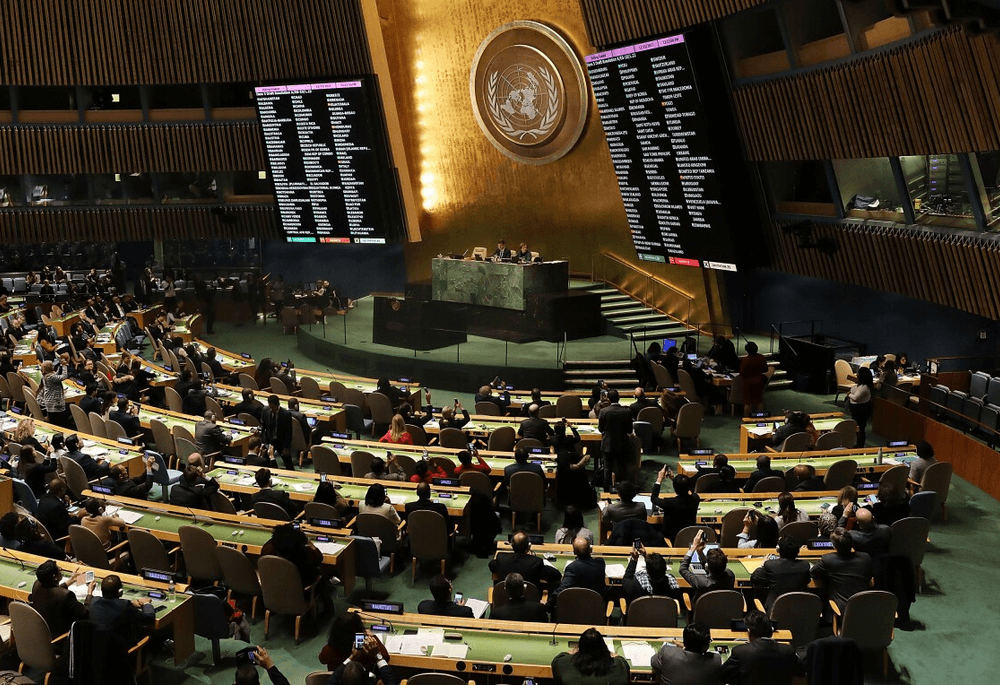 Recently, the heads of Central Asian countries attended the CARs (Central Asian Republics’) Summit in Kyrgyzstan in order to explore the opportunities and potential prospects of the cooperation among the Republics. The leaders seek to make independent foreign policy choices and to take governance measures without any involvement of external powers which is a positive step towards to deal with the political and economic risks. The summit was exclusively held for regional discussions, regional problems and their solutions. This shows the commitment of all five countries for strengthening peace and security as well as to promote socio-economic development in the region. The fourth Consultative meeting of CARs summit is a depiction of a collective regional approach toward multilateral cooperation. The meeting’s outcome was an agreement between the participants to establish shared Border Trade Zones with uniform regulations and straightforward processes to promote domestic manufacturing and import competition. With the CARs having significant potential and a population of roughly 80 million, there is a strong desire to look for opportunities for combined trade and economic development. All parties also urged to start a Concrete Action Plan for Green Development and Forum of the Regions in view of the growing risk of climate change. Additionally, all parties agreed to encourage science and technology collaboration, tourism, and culture. Also, the five countries have decided to provide humanitarian aid to Afghanistan as part of efforts to foster good relations with the neighboring country. The development of a new principle has been included in the meeting which means that the Central Asian republics are attempting to communicate their shared position in case of foreign and external threats. The recommendations and key decisions made in the meeting show the efforts of Central Asian countries to emerge as significant player without the involvement of any foreign actor. 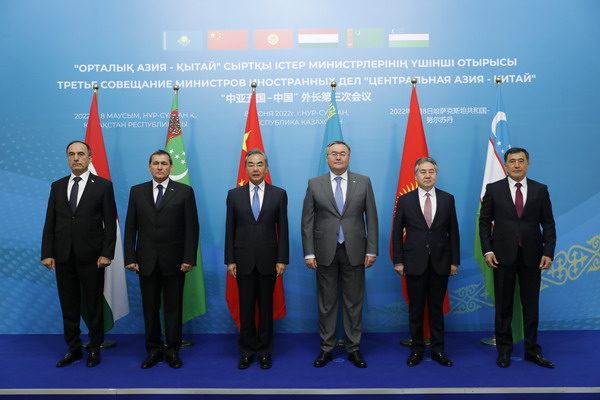 China has been focused on transport connection with Central Asia and seeks to deepen cooperation of connectivity, this highlights Central Asia’s importance for China. Shanghai’s China-Europe freight train service was discontinued due to the COVID-19 pandemic, but it has continued in response to a significant increase in demand from trade businesses. The First China-Europe freight train from Shanghai to Central Asia is launched on 28th July 2022. According to Shanghai Customs, a China-Europe freight train loaded with more than 980 tons of cargo left Shanghai for Almaty, Kazakhstan. To conclude, the latest developments such declaration of Central Asia as a peace zone has further increased the importance of the region internationally and particularly for major powers. The collective approach, regional cooperation, and strong partnership demonstrated in the fourth consultative meeting by all the heads of Central Asian Republics (CARs) show their common goals in the region and the measures are being taken individually for the country and collectively for the region’s prosperity.