Disaster Management And Mitigation: Pakistan’s Floods As A Case Study

Disaster Management And Mitigation: Pakistan’s Floods As A Case Study 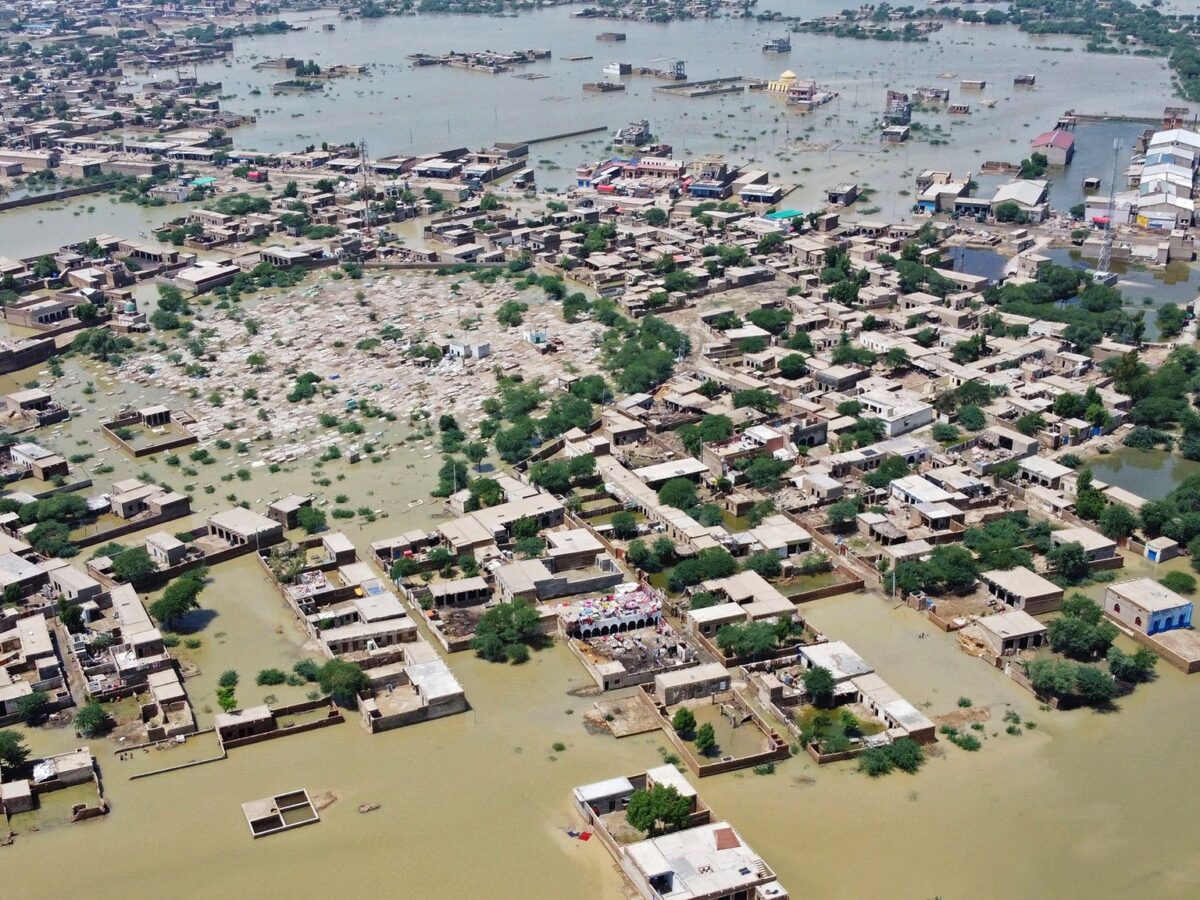 To avoid disasters is not completely in our control, but their preparedness and addressing is. Disasters can be prevented and their effects on communities are minimized by coordinated responses. Disaster management experts are vital in reducing suffering, maintaining people’s means of subsistence, and enhancing social recovery. Disaster management: What is it?

Disasters can come in different forms. Industrial explosions or structural failures are examples of human-made disasters that are caused by errors made by humans. Earthquakes and floods are examples of physical events that result in natural disasters. Epidemics and armed conflicts are examples of complicated disasters. Whatever their shape, disasters cause community disruption and can have a significant negative impact on people, property, businesses, and the environment. They frequently exceed a community’s capacity for adjustment. The practice of efficiently anticipating and reacting to calamities is known as disaster management. In order to reduce the damage caused by disasters, resources should be strategically organized. The management of the duties associated with catastrophe prevention, readiness, response, and recovery also entails a systematic approach. It is now common knowledge that all hazards are natural and all disasters are the result of unfair anthropogenic interactions with nature. Although the latest flood has a different character compared to the one in 2010 the latter was a flash flood, while the current one is a river flood in both cases it can be argued that the damage caused by both disasters is a result of change.in demography and also ill-advised development policies throughout Pakistan. Some of the more immediate consequences of the latest disaster will be in the form of displacement, increase in illiteracy, unemployment, health crises, water and food shortages, infrastructure damage, loss of life, crop destruction, loss of livestock, water-borne diseases, urban migration and loss of social capital. Faced with these multifaceted challenges in such a short period of time, aid and humanitarian agencies must act and adapt quickly to alleviate the problems facing the millions of people who have been affected in recent weeks. Pakistan is vulnerable to most natural hazards. It is prone to floods, earthquakes, droughts and cyclonic storms. It is prone to famines and heavy monsoons. And let’s not forget the other kinds of disasters its residents inflict on each other the scourge of terrorism. With its second major flood in less than ten years, Pakistan is still having difficulty with the relief phase. It will be time to consider about disaster mitigation after this initial phase of assistance is finished. 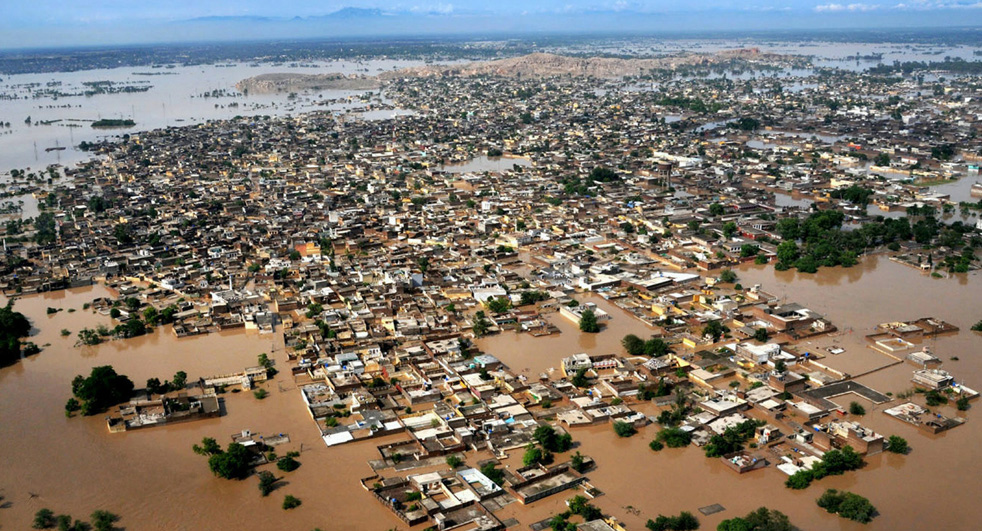 According to how the Pakistani government has handled the flood situation so far, it is clear that our policymakers and the appropriate state institutions did not adequately reflect on the super-floods of 2010. Pakistan requires a lot of assistance from the international community, especially the biggest climate change contributors, but there is also much that has to be done domestically to make the nation more resilient to various climate-related disasters. The colonial administration actually increased the probability of moderate frequency-high intensity flood occurrences by constructing a complex water management system. Pakistan must enhance water drainage, but it cannot deconstruct its irrigation infrastructure. To reduce the intensity of flooding, obstructions that prevent natural drainage of waterways should be eliminated. Flood risk due to heavy rainfall will last for shorter periods of time because to improved drainage. This will thus minimise the severity of evictions, water-borne illnesses, and the loss of human and cattle life. In order to ease drainage and reduce flood damage, it is crucial that important infrastructure, such as highways and railway lines, have functional drainage ditches or other relevant architectural features. 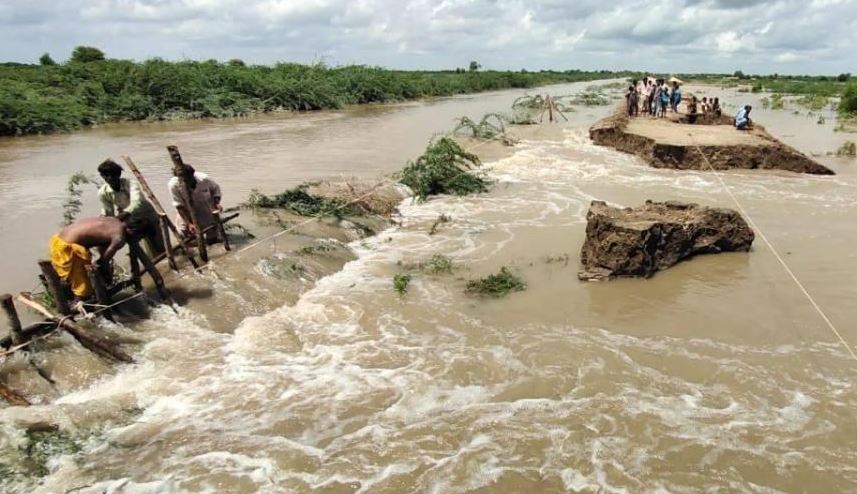 Clearly, Pakistan has given very less attention to disaster-resistant infrastructure development. Smaller dams in Balochistan, for example, and other towns and cities’ already sparse infrastructure and community resources have apparently been destroyed or severely damaged. In its place, the nation is having uneven development with housing societies, hotels, and other infrastructure that encroaches on the floodplains. It is past time for our administrators and officials to stand up to pressure or enticement from influential vested interests and steadfastly reject any real estate developments on floodplains, like the profitable but problematic Ravi River project. Rather than playing a blame game, more attention should be given to preventive measures, risk analysis disaster management and mitigation. Despite the creation of national and provincial disaster management bodies, the nation’s institutional capacity to deal with climatic disasters remains poor. In order to enhance disaster management and preparedness efforts and make them more reactive, local areas must be involved, according to academics and development practitioners. To enable more effective early warning and vulnerability analysis, civil society and other local institutions can play a crucial role in data collection and information sharing.