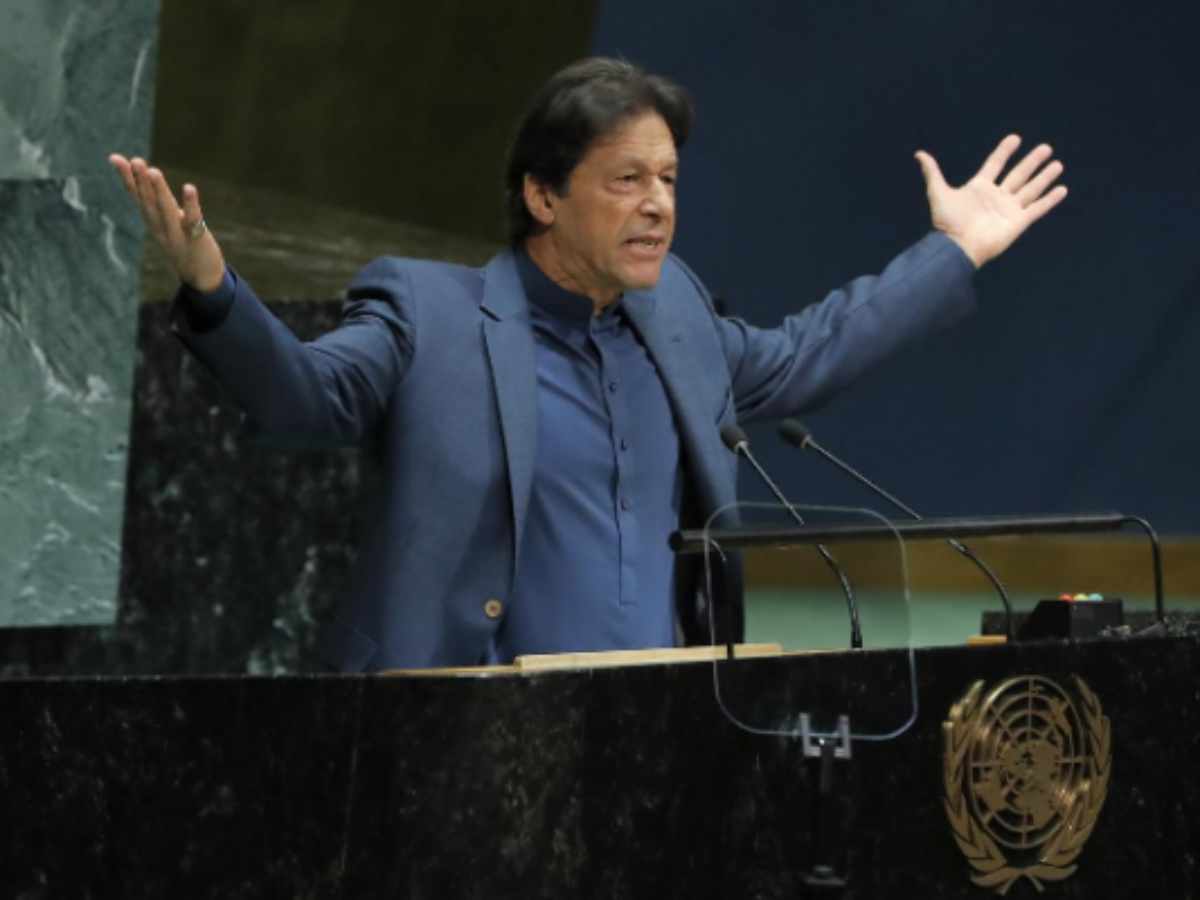 The Indian Occupied Kashmir is under siege since August 5th, 2019 when Indian government stripped the people of Kashmir off their special status by revoking Article 370 and 35A. Most of the Kashmiri leadership is either locked away in jails or have no access to the valley due to strict curfew. As PM Imran Khan met with President Donald Trump on Monday, the points under discussion were mainly regarding Kashmir issue and President Trump offered to mediate between Pakistan and India once again because he insisted that he wants every Kashmiri to be treated well. President Trump and PM Imran Khan also exchanged views on how to de-escalate the conflicting situation due to its drastic implications.

President Trump expressed the desire to mediate if leadership on both sides is willing to come on diplomatic terms. He also said that PM Modi’s statements while addressing the public rally of Indian-Americans in Huston regarding Pakistan were very aggressive, PM Modi also denied first offer of mediation straight away claiming that Pakistan is a base for terrorists. Mr. Trump appreciated the diplomatic efforts being made by Imran Khan to put the flames out with the help of USA. This was the second meeting between PM Imran Khan and President Trump in the search of solution for Kashmir issue. The crisis of Kashmir can escalate between Pakistan and India even further if not addressed timely.

Following his diplomatic efforts trail, PM Imran Khan met with Prime Minister Jacinda Ardern and discussed of New Zealand in New York and discussed about the anti-Muslim sentiments and Islamophobia among the people and appreciated her efforts for reaching out to Muslims globally. PM Khan briefed PM Ardern about the atrocities of Indian government in Kashmir and that they are being kept in “an open jail” with total communication blackout. PM Khan also showed his concern that once the curfew is lifted in the valley of Kashmir, there is a chance of massacre of the residents just as it happened in Gujarat. Kashmir issue needs to be highlighted in World’s parliaments to stop the Indians from oppressing unarmed innocent Kashmiri.

Turkish President, Tayyip Erdogan expressed his apprehensions after witnessing ongoing Indian atrocities in Kashmir and urged Pakistan and India to tackle the Kashmir issue through dialogues, during his address at the UN General Assembly session in New York. President Erdogan said that international community has been failing to pay attention and resolve the Kashmir issue for past 72 years, ignoring the fact that the development and prosperity of South Asia cannot be separated from Kashmir. The issue needs to be resolved on the basis of equity and justice because the lives and wellness of more than eight million people is highly on stake.

PM Khan shared his views during a press conference in New York that the brutal treatment of Indian government towards Kashmir is unprecedented in this day and age. Moreover, 11 UN Security Council resolutions recognize Kashmir as disputed which gives the right of self-determination to the people of Kashmir through a plebiscite but India is still content that Kashmir is an internal and that they are the ones to decide the fate of Kashmir. PM showed his disappointment that Kashmiris are being treated worse than animals and majority of the international community is silent and that UN was established to eliminate radicalization against weaker parties to the conflict.

There is a dire need to handle and suppress the radical ideology of Hindutva that is being followed by PM Modi and his political party BJP to maintain peace in the region. Long term deterrence has only two implications that either the crisis de-escalates or escalates more severely than it initially was. In case of Pakistan and India the issue is continuously escalating and there have been talks of both the states going on war, most probably nuclear war. To deter and discourage the risk of war between two nuclear states there are not many options that having proper dialogues by keeping all the grievesnces aside and diplomacy via engaging the world to reach a long lasting and sustainable solution to the Kashmir Issue.