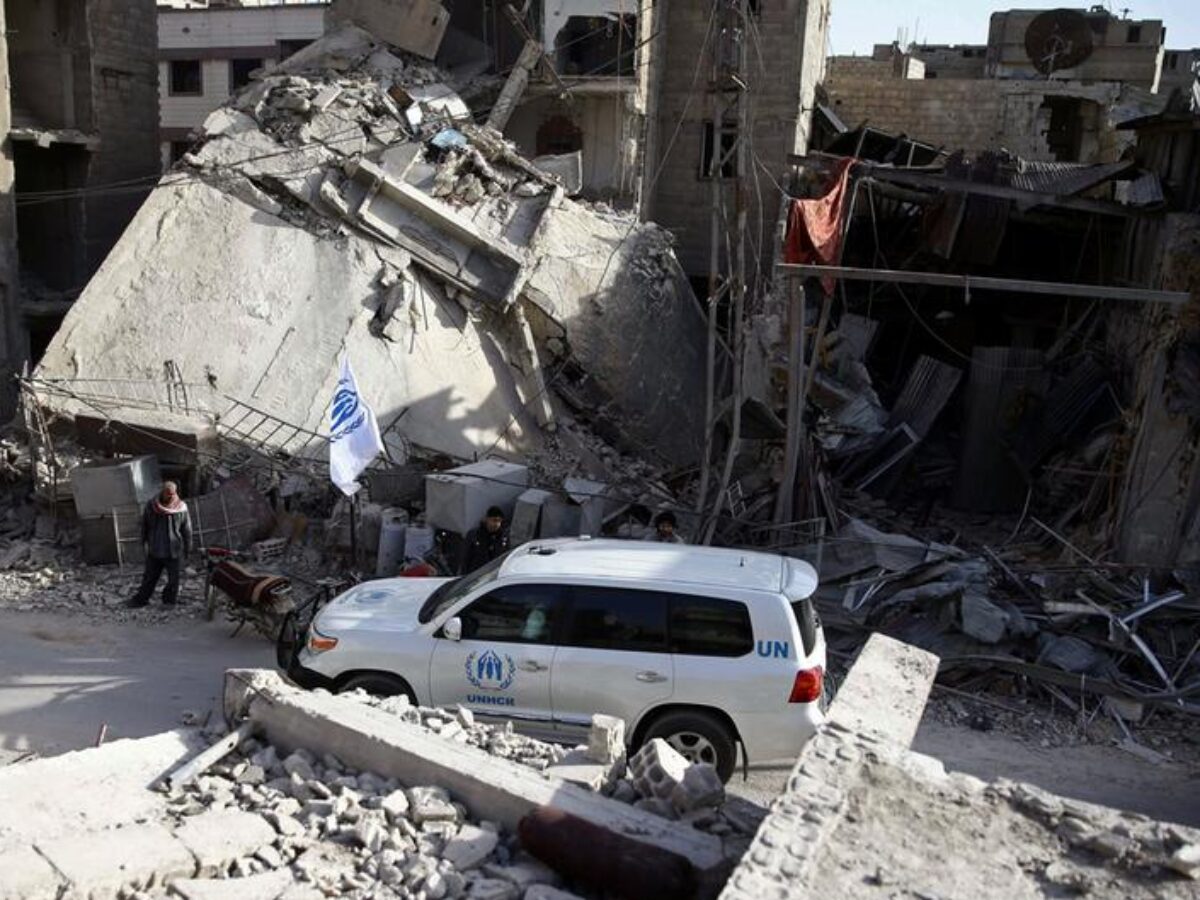 While the carnage continued in Syria, with Russian-backed Syrian government forces killing at least 45 people in the Damascus suburb of eastern Ghouta, the United Nations Security Council on Wednesday expressed concern over the country’s humanitarian situation and renewed calls for the implementation of a nationwide ceasefire.

The sitting president of the body for the month of March, Dutch Ambassador Karel van Oosterom, said after the closed-door session: “The cessation of hostilities was discussed. The Security Council reiterated its call for the implementation of Resolution 2401.”

That resolution called for a 30-day nationwide ceasefire and was passed by all 15 members of the Security Council on February 24.

The Security Council special session was called by France and the United Kingdom in an effort to persuade Syria and Russia to comply with the resolution.

Death from the skies

As the Council met, however, Syrian forces continued to pound the rebel-held suburb of eastern Ghouta with a massive bombing campaign. Government forces besieged the enclave four years ago but the last 18 days have seen intense bombing that has killed some 850 people and displaced more than 10,000 of the area’s 400,000 residents.

The gruesome spectacle has outraged the international community and, above all, humanitarian organizations attempting to bring assistance to trapped residents. Although Russia enacted daily, five-hour bombing pauses starting on February 26, little aid has reached residents.

On Monday, when a UN aid convoy arrived in eastern Ghouta, it was the second of 2018 and the first since the Assad-regime initiated its current bombing campaign. According to a spokesman for the World Health Organization (WHO), Syrian authorities removed medical supplies such as surgical items and trauma treatment kits from the convoy, claiming they could be used to treat rebels.

Not all of the supplies could be unloaded by aid workers due to ongoing airstrikes, which forced a hasty withdrawal from the area.

Residents have been hiding in basements for weeks to improve their chances of survival. Aid workers said, “A lot of children told us they have not seen daylight in 20 days, they haven’t left the basements because it is too dangerous to go outside.”

The UN says 12 percent of children under the age of 5 in eastern Ghouta suffer from acute malnutrition.

Rather than honoring the calls for a ceasefire, Syrian government forces have stepped up their campaign in an effort to cut the city in half and isolate the rebels.

There is still no end in sight to the Syrian war, which started nearly seven years ago. As unclear as the roster of belligerents and their alliances may be, the one thing that is clear is who is bearing the brunt of the violence: more than 340,000 people have been killed since 2011 and millions more have been displaced.