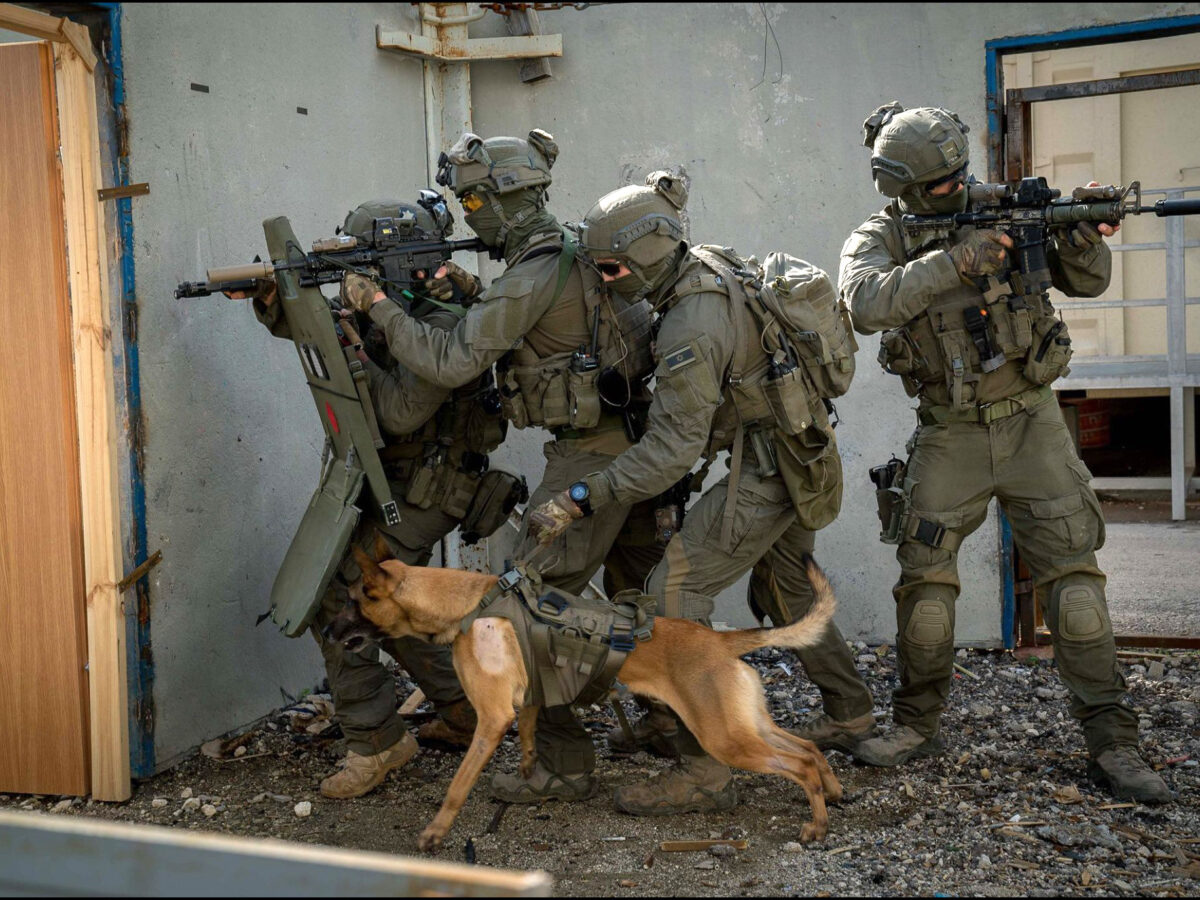 The 16 December 2014 attack on an army-run school in Peshawar, which killed 150, mainly children, claimed by the Tehreek-e-Taliban Pakistan (Taliban Movement of Pakistan-TTP), was ostensibly a game changer. A week later, the Pakistan Muslim League (Nawaz) (PML-N) government unveiled a new counter-terrorism strategy, the twenty-point National Action Plan (NAP), with Prime Minister Nawaz Sharif and Army Chief Raheel Sharif vowing to target all terror groups without distinction. Six months later, amid continued terror attacks, the NAP looks far more like a hastily-conceived wish-list devised for public consumption during a moment of crisis than a coherent strategy. Reliance on blunt instruments and lethal force to counter terrorism risks doing more harm than good when they undermine constitutionalism, democratic governance and the rule of law and provide grist to the jihadist’ propaganda mill. A reformed and strengthened criminal justice system is pivotal to countering terror threats and containing violent extremism.

The militarization of counter-terrorism policy puts at risk Pakistan’s evolution toward greater civilian rule, which is itself a necessary but not sufficient condition to stabilize the democratic transition. While the report addresses the coercive side of a counter-terrorism policy and how to make it more efficient, without structural and governance reform, the root causes of terrorism and extremism will remain unaddressed, and violent jihadist will continue to exploit the absence of rule of law. The military’s continual undermining of civilian authority since democracy’s restoration in 2008 will remain a major challenge to meaningful and sustained reform. Yet, the political leadership also bears responsibility for failing to push back and, as a result, undermining its credibility and authority.

After inaugurating the NAP on 24 December, the Sharif government implemented two major demands of the military without delay: lifting the predecessor government’s 2008 moratorium on the death penalty; and passing on 6 January 2015 the 21st constitutional amendment, empowering special military courts to try all terrorism suspects, including civilians. Yet, the vast majority of the 176 executions since late December have been for crimes unrelated to terrorism, and the military courts weaken constitutional protections and due process. Other newly-created parallel structures, including provincial “apex committees”, enable the military to bypass representative institutions and play a more direct role in governance. Armed with new legal tools, the military has further marginalized civilian institutions in devising and implementing counter-terrorism policy.

Unsurprisingly, there is little evidence of progress on many NAP targets. Groups and individuals banned in Pakistan and also blacklisted under UN Security Council (UNSC) Resolution 1267, continue to operate freely. Efforts to regulate the madrasa sector curb hate speech and literature and block terrorist financing have been haphazard at best.

A reformed and strengthened criminal justice system could have helped to achieve NAP’s objectives. The Sharif government still has an opportunity, albeit fast shrinking, to reverse course and meaningfully overhaul counter-terrorism strategy, but this necessitates revoking major policy concessions to the military. The government should take on that challenge in order to replace an overly militarized response with a revamped, intelligence-guided counter-terrorism strategy, led by civilian law enforcement agencies, particularly the police. Dismantling terror networks, detaining and trying jihadist leaders and foot soldiers, disrupting terror financing and ending radicalization through hate speech and literature will require reallocating limited resources in order to strengthen the capacity of the provincial police forces. While the three basic bodies of law, the Penal Code, Criminal Procedure Code and Evidence Act, need to be modernized, it is even more urgent to build police capacity to enforce them. That capacity has been gravely eroded due to the inadequacy of resources, training, internal accountability and autonomy.

An empowered, resourced police force remains the most credible tool for enforcing a sustained and successful counter-terrorism strategy. The current emphasis on revenge and retribution and the emasculation of fundamental rights and rule of law are undermining citizen confidence in the state to deliver justice, a flawed approach that also fuels grievances that benefit the violent extremists the NAP is aimed at combating.

To develop a civilian-led and intelligence-based counter-terrorism strategy

1.  Make the expansion, modernization and effectiveness of local and provincial police forces’ investigation branches a top counter-terrorism priority, including through training and technology in crime-scene investigation and case building.

2.  Disband the new parallel counter-terrorism forces and absorb their personnel and functions into regular police cadres after requisite training.

3.  Reform the Evidence Act to shift focus from witness testimony to modern scientific evidence; and invest in strong state-protection programs for witnesses, investigators, prosecutors and judges in terrorism and other major criminal cases.

4.  Enhance police operational autonomy and accountability, including by ensuring that the provincial police inspector general (IG) is appointed on merit and granted full authority over the force.

To the provincial police leadership:

5.  Undertake a comprehensive examination of their force to determine staffing and training needs, with particular emphasis on developing effective investigation cadres; and establish career progression paths that depend on performance.

6.  Review comprehensively and reform the training curriculum, in consultation with in-house and external experts, so as to create learning modules for intelligence-led counter-terrorism operations that include an emphasis on the police role in curbing hate speech and literature and enforcing the law against clerics, mosques and madrasas advocating or supporting violence.

For robust monitoring of banned groups and individuals

7.  Reconcile Pakistan’s list of banned groups under the Anti-Terrorism Act (ATA) 1997 with the UN Security Council (UNSC) Resolution 1267 committee blacklist; and make both lists available to the federal and provincial police, other law enforcement agencies, financial institutions and the public.

8.  Develop a regularly-updated list of officers and members of banned groups, and enforce requisite curbs on travel, bearing arms, financial transactions and other proscribed activities.

9.  Update periodically the ATA’s Fourth Schedule, listing known suspects belonging to banned organizations, and requires police stations and district police superintendents to account regularly for the individuals on the Fourth Schedule in their jurisdictions.

10.  Ensure that the police investigate and monitor all madrasas, mosques and charities with known or suspected links to banned groups under the ATA or the UNSC 1267 blacklist, as well as those that maintain armed militias, or whose administrators and/or members propagate hate and/or incite violence and other criminal acts within or from the country.

11.  Develop a specialized cell within the Federal Investigation Agency (FIA) to investigate terror financing and money laundering; and establish concurrent jurisdiction over such cases between the FIA and specialized provincial police units and counter-terrorism departments.

12.  Make anti-money laundering and anti-terrorist financing methods an integral part of the police training curriculum, based on international standards.

13.  Require banks and other financial institutions to install, with international assistance, software for crosschecking names of existing and potential clients against those sanctioned under the ATA; and ensure provincial police are given this information and information gained from comprehensive audits of madrasas, mosques and charities with known or suspected affiliations to violent jihadist.

14.  Enhance the state’s ability to curb terror financing within and from the Federally Administered Tribal Areas (FATA) by extending the jurisdiction of the Khyber Pakhtunkhwa (KPK) province police, FIA and other relevant civilian law enforcement agencies to the tribal belt.

To achieve a sustainable counter-insurgency strategy in FATA

To the federal government and parliament:

16.  Abolish the 1901 Frontier Crimes Regulation (FCR), replacing it with the Pakistan Penal Code and the Criminal Procedure Code.