Presence of Foreign Fighters in Ukraine: New Methods to Fight a War

Presence of Foreign Fighters in Ukraine: New Methods to Fight a War 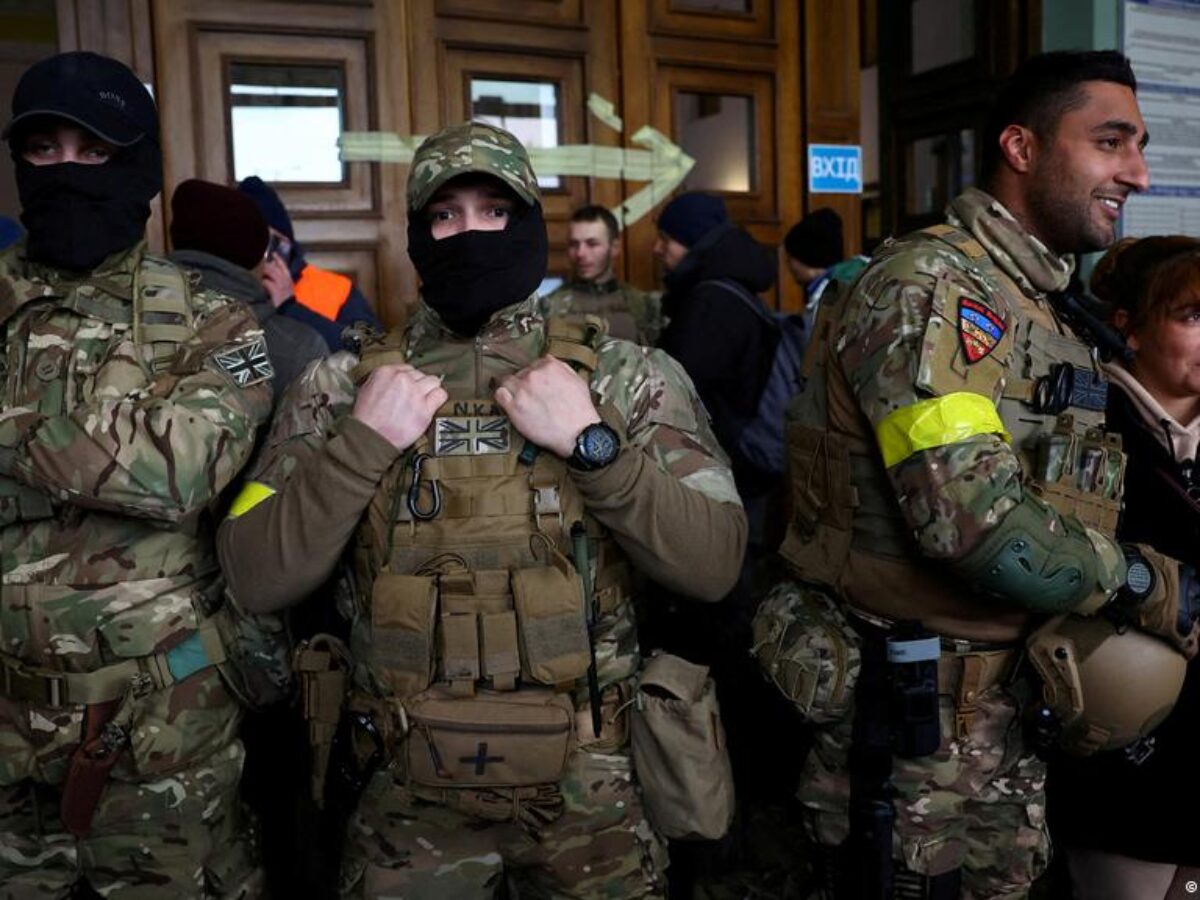 On 24, February 2022, Russia lunched a full scale war on Ukraine. Ukraine as compared to Russia is quite smaller in size having limited military resources, therefore it cannot hold their defence and doomed in a week. Ukraine as a favorite child to western democracies received lot of military aid to stop Moscow because they cannot put boots on the battle field for some political reasons. After the cold response from the NATO and the United States, Ukrainian President Volodymyr Zelenskyy’s appealed, “Anyone who wants to join the defense of Ukraine, Europe and the world can come and fight side by side with the Ukrainians against the Russian war criminals.” Ukrainian authorities are welcoming the international individuals in their “international legion” brigade. Dozens of Americans, Canadians, and other foreigners are already trying to take up arms on the name of democracy and even they are motivated by the right wing white supremacy.

Moreover U.K. foreign secretary, Liz Truss showed her support for British nationals. The privatization of war and its support by the elected government is not a new concept. In Iraq and Afghanistan, US had used private militaries against enemies fighter to overcome their loses in the war. “Black water”, “New Century” and many more were the private militaries who got the contract over that period. From the perspective of state, private militaries are cheap and above the international law which can operate freely in the conflicted zone. It also reduce the cost of war and it also provide a way to politician to not stand accountable in front of people.  The foreign fighters and private militias are often more useful in an insurgency and civil war, Ukraine may become like Afghanistan, Syria or Iraq. For guerrilla conflicts, the foreigners’ dedication is vital and their limited firepower is less of a disadvantage. The main problem in the privatization of the military is regarding the human rights violations, discrimination between combats and non-combat is very tough to make during conflicts, greed and revenge also dictate private militias to miss-use their power over civilians. In this scenario, rational thinking should be prevail in Ukraine war and international community should discourage such irresponsible privatization of war, and  take some  necessary actions to prevent foreign fighters to enter the Ukraine for the sake of innocent people. They should learn lesson from the distractive war of Afghanistan and Middle East, where private militaries and non-state actors were used to gain political objective by the parties in the conflict.