The farce of United Nations reforms

The farce of United Nations reforms 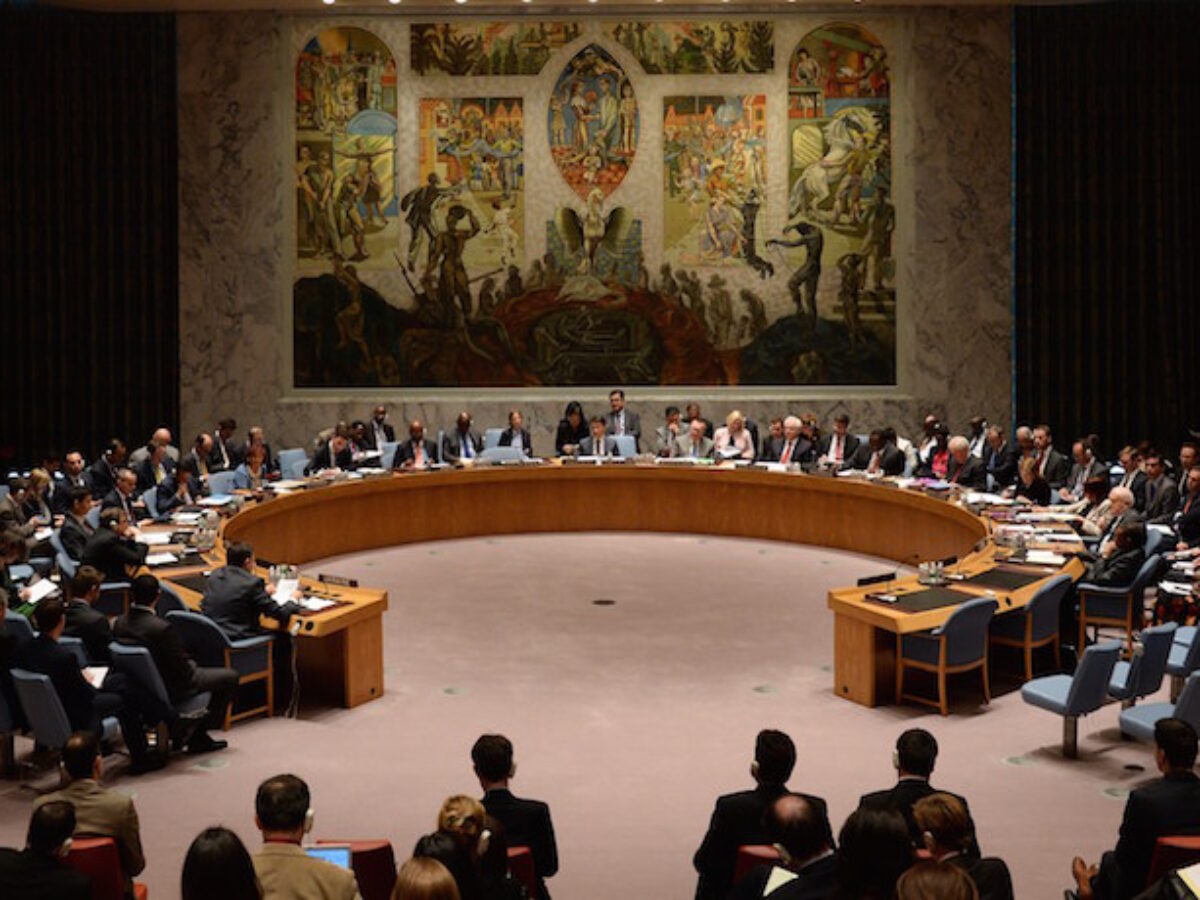 US campaign against UN bodies does not represent a genuine democratic endeavor The country that has long been known to abuse its powers and privileges in the United Nations is now leading acampaign to reform the same organization. While UN reforms are welcomed, if not demanded, by many of its member states, there is little reason to believe the recent US crusade is actually genuine. Rather, it seems a clear attempt to stifle any semblance of democracy in the world’s leading international institution.

Most American politicians actually despise the UN. While the Security Council is directed or tamed by the US veto (often to shield the US and its close ally Israel from any criticism), other UN bodies are not as easily intimidated. When the UN education and science agency, UNESCO, accepted Palestine’s bid for full membership last October, following a democratic vote by its members, the US could do little to stall the process. Still, it immediately cut funding to the agency (about 20 percent of its total budget). The move was devoid of any humanitarian considerations. The UNESCO provides vital services to underprivileged communities all over the world, including the United States.

Yet, State Department spokeswoman Victoria Nuland insisted on sugarcoating on what was an entirely injudicious political act. “Today’s vote by the member states of UNESCO to admit Palestine as member is regrettable, premature and undermines our shared goal of a comprehensive just and lasting peace in the Middle East,” said Nuland. The fact is, there has been much saber-rattling in the US Congress targeting the UN. Thecampaign, led by Republican congresswoman Ileana Ros-Lehtinen, chairwoman of the House of Representatives Foreign Affairs Committee, is threatening the UN with all sorts of punishment if the organization does not cease its criticism of Israel and tighten the noose around Iran. Naturally, the UN is not meeting the expectations of Ros-Lehtinen and her peers. It happens to be a body that represents the interests of all its member states. Some US politicians, however, see the world through the distorted logic of former president George W. Bush: “Either you are with us, or you are with the terrorists.”

The late British author and humanitarian doctor Theodore MacDonald showed that the US actually has a love-hate relationship with the UN. In his final book, Preserving the United Nations; Our Best Hope for Mediating Human Rights, MacDonald reveals a strange reality that the US and its allies labor to undermine the UN, while also using it to further their own military, political and economic objectives. Expectedly, successive US governments had mastered the art of political manipulation at the UN. When successfully co-opted to accommodate USmilitary designs, the UN suddenly becomes true to its mission — per Washington’s account, of course. However, when US pressures failed to yield a unified front against Iraq in late 2002, President Bush asked in his first address to the United Nations, on Sept. 12, 2002: “Will the United Nations serve the purpose of its founding, or will it be irrelevant?” The Bush years were rife with such ultimatums — to the UN and the whole world. However, a similar attitude continues to define the administration of Barack Obama. The US latest assault on the UN is now happening under the guise of reforms, but no ‘reforms’ are possible without first creating the needed polarization aimed at pushing for an American agenda. Joe Torsella, the US Deputy Ambassador for Management and Reform of the United Nation, spoke of the latest US efforts at reining in the 47-nation Geneva-based Human Rights Council. “The US will work to forge a new coalition at the UN in New York, a kind of ‘credibility caucus’ to promote truly competitive elections, rigorous application of membership criteria, and other reforms aimed at keeping the worst offenders on the sidelines,” he said.

The Reuters report on the US latest push for the supposed reforms states: “Council members include China, Russia and other countries where rights groups say abuses are commonplace.” To offset the seeming inconsistency — between UNHRC mission and its members’ records — the US, according to Torsella, wants to “hold Human Rights Council members to the same standard of truly free and fair elections that the UN promotes around the world, and insist on the highest standards of integrity for the Council and all its members.” Viewed without context, it is a noble endeavor indeed. However, it becomes a tainted statement when one considers that the US status at the UN has been achieved through the least democratic of all means: a disproportionate political power (the veto) and money (used for arm-twisting).

Attempting to curb and contain the UN, as opposed to punishing and boycotting the international body, is basically what sets Democrats apart from Republicans. Unlike Republicans, “the other side of the debate (mostly Democrats) believes that achieving these reforms requires strong American leadership — and strong leadership is demonstrated by paying dues on time and in full. You can call this side ‘constructive engagement,’” wrote Mark Leon Goldberg in the UN Dispatch (Jan. 20). Practically, both approaches are aimed at achieving similar outcomes: Realizing US policies, rewarding allies and punishing foes — even at the expense of the noble mission once championed by the UN over 65 years ago.

While the latest push for “reforms” is being hailed by Washington’s media cheerleaders, no honest commentator could possibly believe the UScampaign against UNESCO, UNHRC and the UN as a whole represents a genuine democratic endeavor. In fact, the truly urgent reforms required right now are ones that aim at correcting what MacDonald described in his book as the UN’s “foundational defects.”MacDonald counseled for immediate addressing of the “issue of permanentmembership and the use of the veto.” He also recommended the granting of greater power to the General Assembly and eliminating the “imposed use of the US dollar” in mediating UN transitional affairs. MacDonald’s guidelines for reforms are comprehensive, and rely on the concept of equality, guided by humanitarian and moral urgencies. The same can hardly be said of Washington’s latest UN intrigues and shady politics.—Arab News