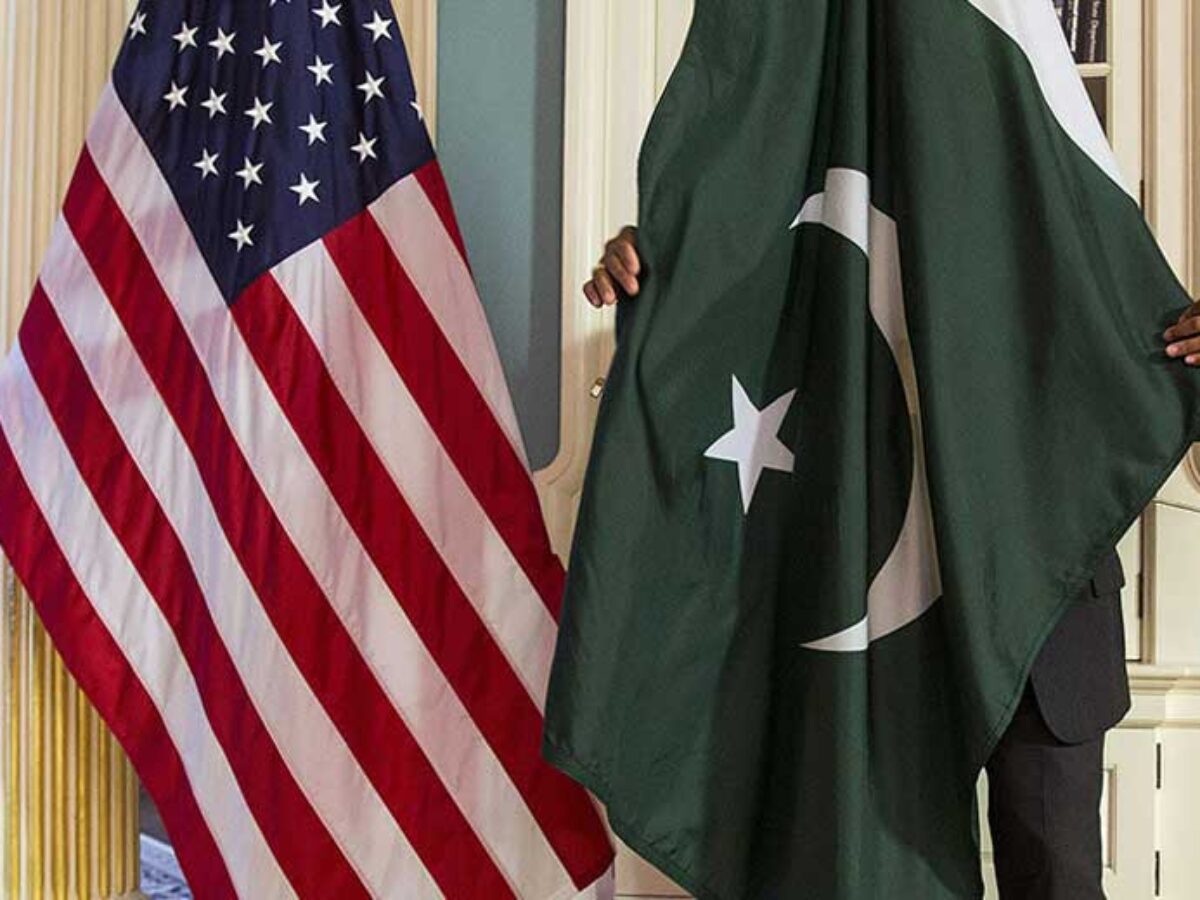 In order to analyze the current Pak-U.S relations, there is a need of shedding a light upon the historical background of their relations.

Pakistan is the country that holds the great geostrategic importance. Right after the independence, it faced security and economic issues. Earlier, U.S was against the creation of Pakistan and divided India but later on, Pakistan and U.S did establish ambassadorial relationship. During the cold war era, Pakistan and U.S foreign policy revolved around military-diplomatic relations and defense policies. In this war of capitalists vs. communists, Pakistan chose U.S block rather than the communists Soviet’s block because it suited the Pakistan’s ideology, democratic ideas of the leaders and its economic interests. U.S foreign policy has always involved the idea of establishing its ideology like democracy or capitalism in the states. So, it did the same in the cold war and allied with Pakistan to increase its sphere of influence in the South Asian Region. India was pro Soviets and Pakistan was pro-U.S.

Since the 1950s, each side was using the other to enhance its own agenda that significantly affected each other’s interests. The goals of the Pak-US relationship were only partially served. U.S had also put sanctions on Pakistan. For example, after 1965 Pak-Indo war, U.S put sanctions on Pakistan and there was an economic collapse in Pakistan. Pakistan also fought along with U.S against the Soviet Union in Afghanistan. After the Soviet’s withdrawal from Afghanistan, U.S imposed nuclear sanctions on Pakistan as well. In the post 9-11 era, Pakistan was also blamed for terrorism but then, joined hands with U.S to fight against terrorism. U.S interests lied in Pakistan in order to fight the war on terror in Afghanistan and it was also in Pakistan’s interest to have peace in its neighboring country or else, there would be no peace in its own region.
Fast forward, there have always been ups and downs in their relationship.

Pakistan-U.S relations have been much better if they had not solely relied on security threat perceptions and strategic interests. There would have been a sustainable relationship among them if the economic factor was involved. By economic factor, it does not mean the financial aid provided by the U.S to Pakistan, but the economic diplomacy that is among China and Pakistan. Projects like CPEC and BRI have and will strengthen the relationship between Pakistan and China for the long term. This is because of the involvement of the economic interests of both countries.

Right after the U.S withdrawal from Afghanistan in 2021, zero diplomacies in Pak-U.S relations has been observed. The role of Pakistan in the ‘’U.S-Afghan Taliban negotiations’’ process, and the sacrifices made in ‘’war on terror’’ have also not been acknowledged by the U.S. It seems like there is no common interest left between both of the states that can bind both of them together. 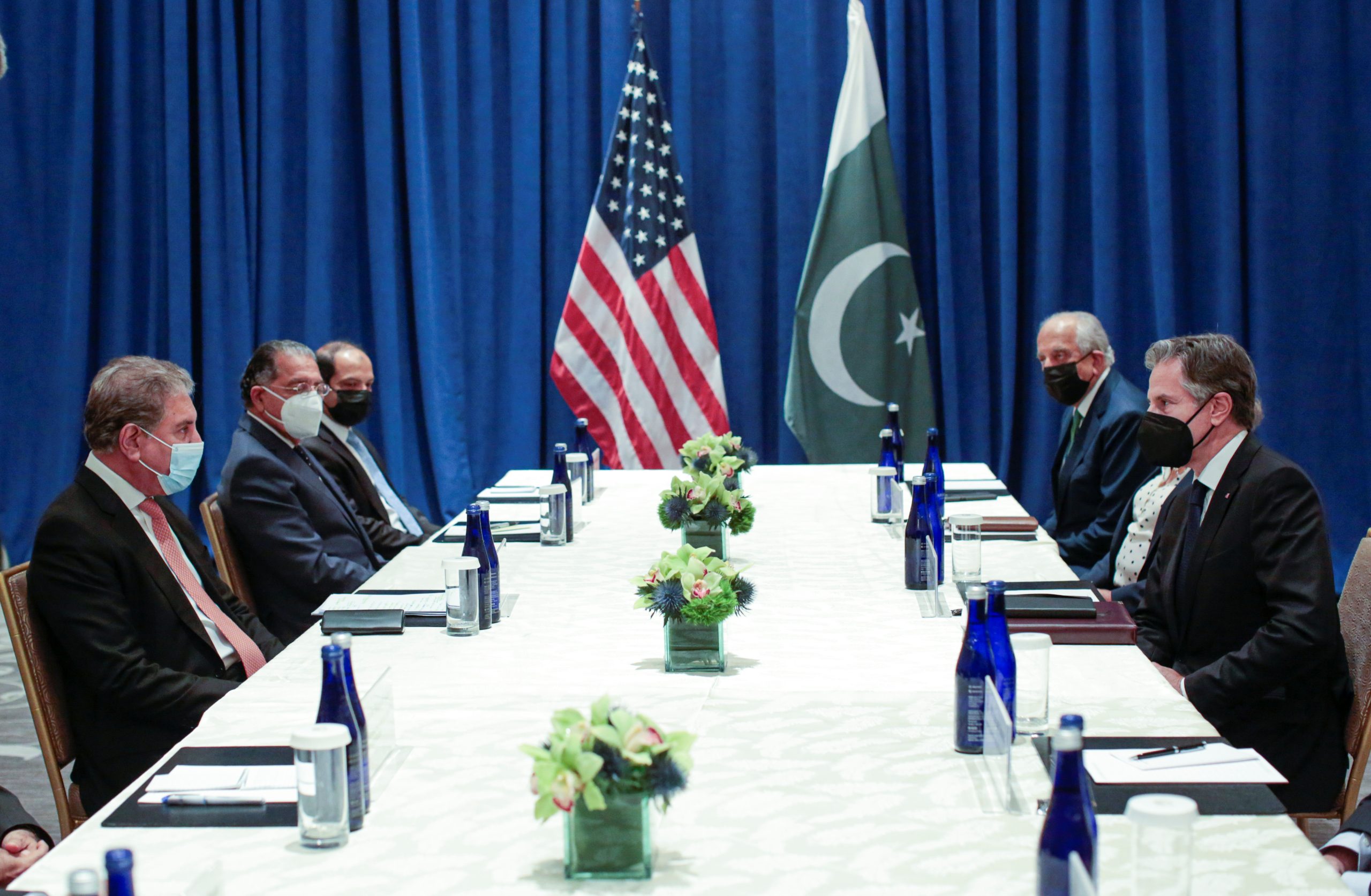 Keeping good relations with Pakistan had been beneficial for U.S since it could contain the economic influence of China. Now, when China has involved Pakistan and many other South Asian regions in its economic activities like CPEC and BRI, still, no counter-strategy is visible from the U.S’s side. There is a big possibility that U.S foreign policy is focusing on the other regions (like the Middle East, Europe or Central Asia) and will shift again towards South Asia. This fact cannot be denied that countering China’s economic hegemony in the top priority of U.S’s Foreign policy and it might be secretly working to counter this. China is filling the vacuum left by U.S in different regions for example, RCEP which is Regional Comprehensive Economic Partnership is the first multi-lateral free trade agreement that aims to create a consolidated market for the 10 member countries and their trade partners. RCEP in an agreement signed between 10 ASEAN states and also China, Japan, South Korea, New Zealand, Australia are signatory states. These countries contribute 29 percent to the world’s economy. This agreement has the potential to provide liberal facilities and a competitive investment environment in the Asia-Pacific region. China joined RCEP in response to the US-led Trans-Pacific Partnership. Also, COVID 19 led the countries to join this economic emancipation. This will extend the China’s influence in Asia-Pacific, and it is perceived that this is how it is countering US strategic pivot to Asia. RCEP is seen to be a political victory and not just an economic victory. U.S political influence in this region can also decrease. RCEP also gives an opportunity in wake of the decoupling of China. This may improve China’s perception and relation with Southeast Asian nations. America exports around 5.3 billion goods to Japan but it will now decrease since Japan will have better access to Chinese firms. RCEP impels U.S to respond to geopolitical primacy in the region. India did not participate in RCEP because according to them their local economy will be affected but on the other hand, it will also affect India’s look East policy. India can however collaborate with U.S more. CPEC and RCEP will have a linkage. It can also create economic opportunities for Afghanistan. Pakistan will have stronger relations with China. This will create two blocks “Indo- U.S” and “Pak- China” block. According to the US president Biden, America has to align with other democracies.

This all has affected U.S-Pakistan relations and it has been assessed that Pakistan has close economic ties with China and there is a strong bond. So in order to contain China’s economic expansion globally, America is looking towards the other regions. China has very much a Pro-Russia policy. Keeping that in view, Pakistan’s stance has remained neutral in the Ukraine-Russia war Even though Ukraine did not get enough support and defense from U.S in the Russia-Ukraine war because of the U.S vested interests in Russia but still Pakistan has been criticized for remaining neutral, the irony! This has further complicated US-Pakistan relations. If we analyze the current foreign policy of Pakistan, there is a lot of focus on the economic diplomatic relations other than China as well. For example, Engage Africa Policy, Strategic Engagement Plan with European Union and Strategic Economic Framework with Turkey. Pakistan and China have also involved Russia in the BRI project.  Pakistan has no such economic diplomatic relations with U.S but still, it would never be an easy decision for the United States to entirely abandon or fully engage Pakistan.