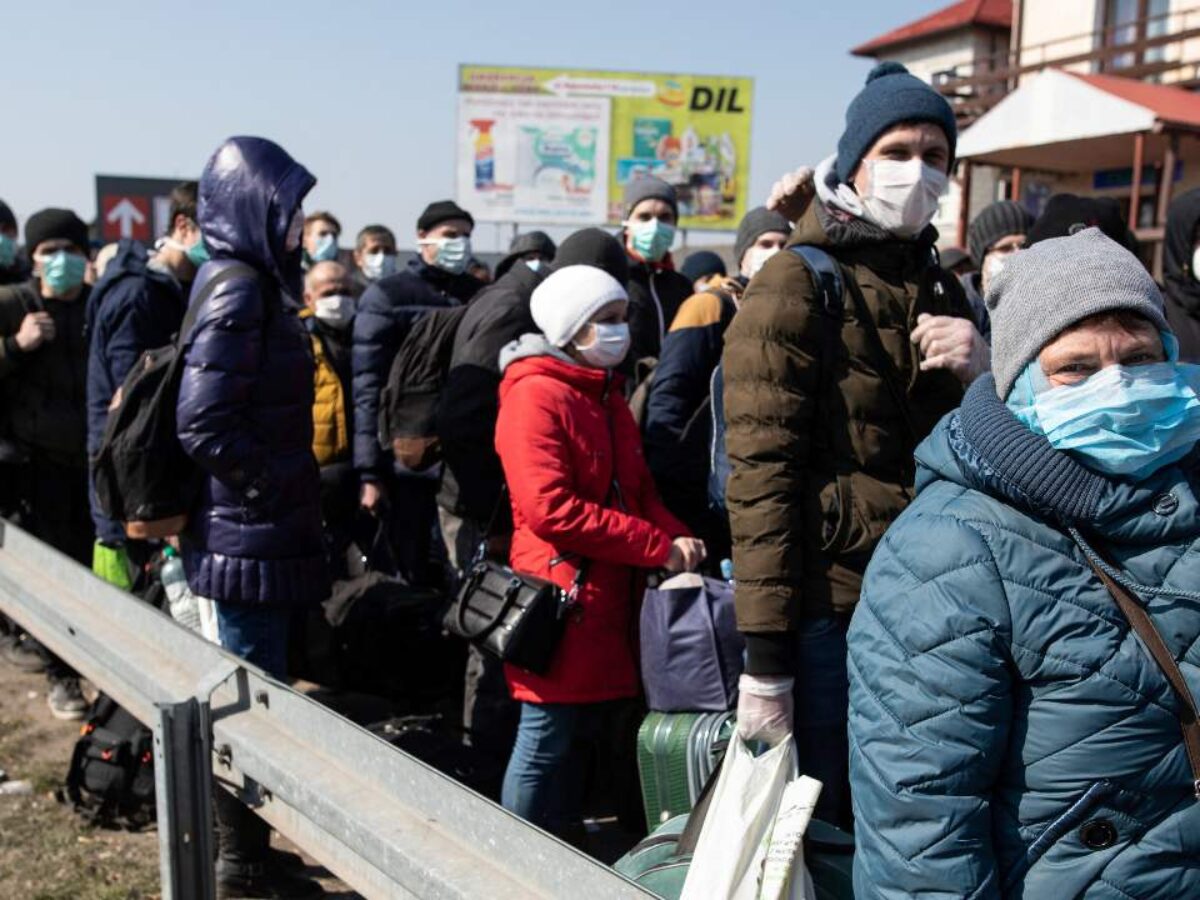 The crisis comes unexpectedly and is often unforeseen. Similarly, the Russian and Ukrainian forces’ abrupt war on 24th February 2022, was unexpected and left Ukraine in a chaotic situation. The destruction caused by the military invasion created unlivable circumstances for the Ukrainians and they had to leave. Therefore, it led to conflict-induced migration and the displacement of the Ukrainians. Once again Europe is dealing with the refugees as it did back in 2015. As per the United Nations, 100,000 Ukrainians are already being displaced.

For the time being, Refugees are being welcomed by the European Union states like Poland, which plans to host up to 1 million Ukrainians, as well as Romania, Hungary, Slovakia, and Moldova, where 4,000 Ukrainians came, are among the host countries. Yet, these countries are presently unprepared to stop the influx of refugees expected to arrive on their borders in the coming weeks. Hosting refugees is not an easy task at all. The major receiving countries in Central Europe can simply lack the capacity to address such needs on a large scale and over a long period.  Conflict-Induced Migration is supposed to be temporary but the migrants or refugees can only be sent back once the conflict from their homeland gets over but the situation does not seem to get fine in Ukraine.  Ukrainians’ needs range beyond the supply of temporary food, clothing, and shelter to get them through. They are at risk of being evacuated for a longer duration, which requires institutional pathways to legal status, reintegration services, housing, education, and healthcare. Refugees also require mental and social rehabilitation. Living in the era of the pandemic, they also require vaccination against Covid-19. Not only this, but European Union states still have to do a lot more for them, it will entail creating a regional resettlement plan and ensuring that overpopulation does not occur. Ukrainians may stay in the EU for up to three months without a visa, but it’s uncertain what sort of legal status they will have further than that. That has to be handled as well. The refugee crisis in Ukraine provides Europe with not only an important opportunity to prove its humanitarian values and commitment to the international refugee protection regime but it also offers a critical interesting perspective that now it is a challenge for Europe that whether it will be able to embrace the humanist spirit of the ‘’1951 Refugee Convention’’ or not. All the European states have different systems that they follow but, it will be mandatory for all member states to apply the provisions of this Convention. According to Article 3 of the Convention, ‘’The Contracting States shall apply the provisions of this Convention to refugees without discrimination as to race, religion or country of origin.’’ 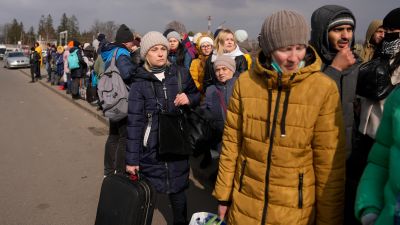 The best-case scenario can be that the violent conflict transforms and the pull factors in Ukraine shall be created so the refugees voluntarily return to Ukraine. The worst-case scenario can be analyzed in a way that if the conflict prolongs, the refugees have to stay for a longer period in the European Union states. This will be challenging to tackle.  As a refugee or the conflict-induced migrant is the one who is coming from the conflict zone and brings a lot of grievances along with him, survival will always remain the priority and he will fight for it to an extent. If the refugees are not taken proper care of by the host states, the threat of host-stranger conflict can arise. It has been assessed that the refugees often have a cut-throat policy. Refugees can pose a threat to the national security of the states and their ability to govern. One of the examples of the refugee issues is of Afghan refugees in Pakistan. Who knew that the conflict in Afghanistan will remain protracted? Pakistan is facing a refugee crisis now. We live in the world of globalization and it has both, advantages and disadvantages.  Pakistan’s culture and security did get affected by the Afghan refugees. The Refugees create an economic burden in the host states and because of this instability can be caused. Refugee identity crises have also seen to emerge in the case of many refugees throughout history. Refugees can pose a threat to a state’s sovereignty. Furthermore, the security issues like cross-border terrorism, drug trafficking, and illegal trade activities cannot be neglected. The root causes of the refugee’s problems have to be addressed and in the case of Ukrainian refugees, European Union states that are dealing with the refugees shall play a diplomatic role in terms of the Ukraine-Russia war. It will not only help the refugees but the European Union itself as well. European Union needs to be proactive and adopt policies for the refugees for the short, as well as a longer period of time with United Nations’ assistance.